Fearing that the weather was going to be against us as we embarked on our restorative Bank Holiday weekend, I decided to take along Fran & Ray's 20 questions as a bit of fun.  It has to be said that there have already been some rather wonderful submissions from other erstwhile bloggers, but for what it worth here are mine.  Deliberately lighthearted and most definitely not to be taken too seriously.

1.   Favourite Wargaming period and why?
The Victorian Era - a rich tapestry of derring-do that has been woven into the psyche of every red-blooded Englishman!

2.   Next period, money no object?
Regular readers to '28mm Victorian Warfare' will know that I can be distracted by the merest hint of something new and shiny and will therefore not be surprised to hear that I have had my eye on several other eras that include, in no particular order:
Vietnam
Samurai
A very British Civil War
First Word War

3.   Favourite 5 films?
A choice of five - impossible!  That said here are few that forced their way to the top when I started to think about it!
Kelly's Heroes
Bladerunner
Star Wars
Zulu
A Matter of Life and Death 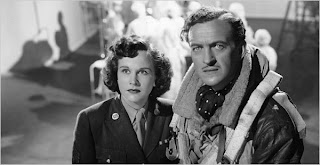 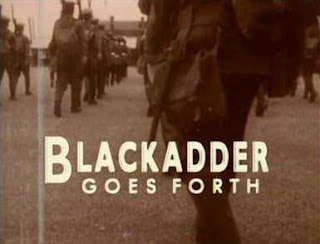 "Millions have died, but our troops have advanced no further than an asthmatic ant with some heavy shopping. "
Captain Blackadder 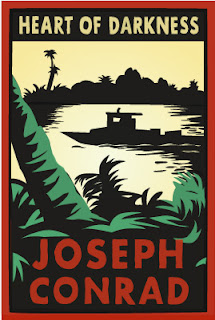 Joan of Arc; perhaps not the most tactically astute military leader, but at seventeen years of age she is the youngest person in history to command the armies of a nation, a shame then that she was fighting for the enemy!

Tricky one this seeing that I've not yet managed to roll a die in anger.  I've bought numerous rules over the past twelve months including Black Powder, 2Hours Wargames, Triumph & Tragedy and Tooth & Claw.  I'll just have to hold off deciding until I actually play one!

Cricket has always been a passion; I used to love to play,  knowing all the shots, the only problem was that I used to execute them in the wrong order! As for a team, it is hard to top England's Rugby World Cup winning side of 2003.

'This is the one. He drops for World Cup glory ... It's up! It's over! He's done it! Jonny Wilkinson is England's hero yet again'


9.   If you had a only use once time machine, when and where would you go?

Now there is a question; is it a oneway time machine?  Can I get back?  I've read some tremendous answers for this elsewhere, but mine would be a little more mundane.  May1895, Bristol; a county cricket match between Gloucestershire and Somerset.  A certain W. G. Grace would go on to complete his hundredth century.

My thoughts for this were immediately drawn to childhood favourites; a last meal on Death Row just seemed a bad time to experiment with culinary tastes - imagine if you didn't like something!  So my last meal consisted of a classic '1970s Prawn Cocktail', my Mother's 'Best End of Lamb' and 'Brandy Snaps' filled with cream.

11.   Fantasy relationship and why?

My darling wife, the Saintly Mrs. Awdry; the most loving, supportive and loyal person in my life. 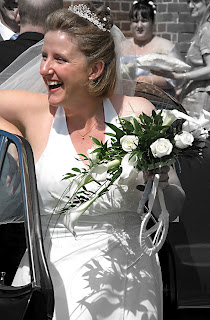 "My most brilliant achievement was my ability to be able to persuade my wife to marry me."

A whole plethora of quintessentially British actors spring to mind including the likes of David Niven,  Sir John Gielgud, Sir Alec Guinness, I'd even consider Daniel Craig at a push, but realistically speaking it will most likely fall to Matt Lucas!

13.   Favourite Comic  Superhero?
Not technically a superhero but Rouge trooper from 2000AD was always a favourite. 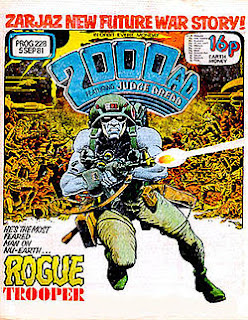 15.   Historical destination to visit?
One day I hope to visit the First World War cemeteries in France and Belgium.

16.   Biggest Wargaming regret?
Not starting this most wholesome of hobbies sooner!

Professional miniature painter; the only problem is that as I paint so slowly we would probably starve!

18.   Favourite Song, Top 5?
Five, really?  Well in no particular order;
The Fly - U2
Wish you were here - Pink Floyd
Unfinished Sympathy - Massive Attack
When you were young - The Killers
Daydream Believer - The Monkees

Another of those tricky wargaming questions that are difficult to answer, but in a loosely related way meeting up with fellow enthusiasts and bloggers at this years' 'Salute' was certainly a highlight.

20.   The miserable Git question, what upsets you?
Snapping a shoe lace!
Missing items in a takeaway delivery!
Delayed trains and subsequent missed connections!