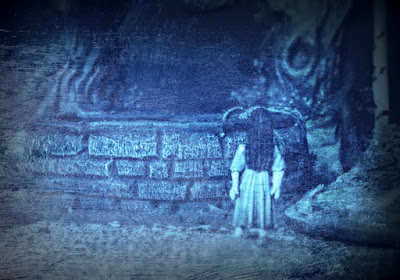 Perhaps not unexpectedly, the return to school following the splendid summer holidays saw a cessation to the Soviet Army build.  There has been some progress, pieces have been prepared and there have been some joyous distractions along the way.  I have no doubt that the project will be completed, but I still struggle with the work and life balance.  That said, I thought I would share a spooky Halloween post, a piece that had been prepared some five years ago and is only now being dusted off and shared with you, good reader. 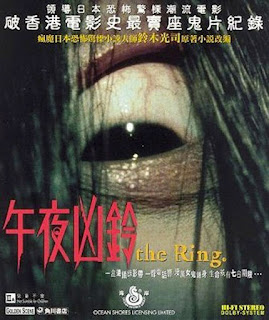 This then is my homage to Ring, a 1998 Japanese, psychological, horror film directed by Hideo Nakata.  A wonderfully odd piece of celluloid that revolves around a cursed videotape that kills the viewer seven days after watching it.  Without wanting to give too much away a young girl, Sadako is killed and her body disposed of in a well; her grisly return forming part of the cursed tape. 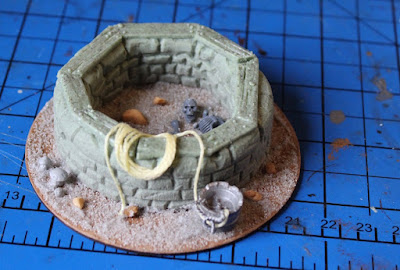 The build started with a Fenris Games well, but thinking that I might want to use it in my 'Witchfinder world', I added a few little extras in the form of a rope and bucket, mushrooms and even the remains of some luckless soul, perhaps Sadako herself? 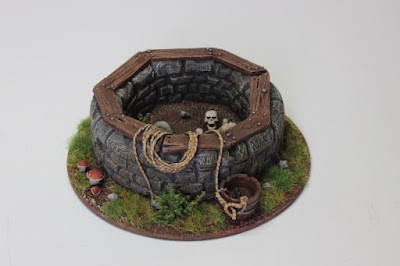 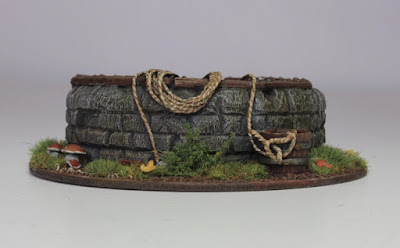 The well was then 'filled' epoxy resin, which helps to convey a much needed feeling of depth to the piece.  As for Sadako, this was another of my Studio Miniatures horror characters and was relatively simple to paint on account of her damp, matted hair covering her face.

A little bit of fun with the digital editing to allude to a grainy VHS recording and the piece is done...
Happy Halloween!