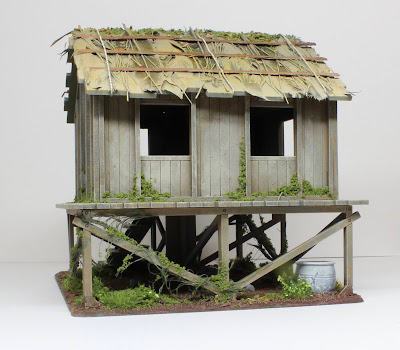 Following on from the 'Jungle House W.I.P.' I am delighted to present the finished abode as my entry in Dave Stone's, 'Summer of Scenery Challenge'.  This is a 'Sarissa Precision' kit and having completed the build in the previous post all that was left to do was to paint and detail it. 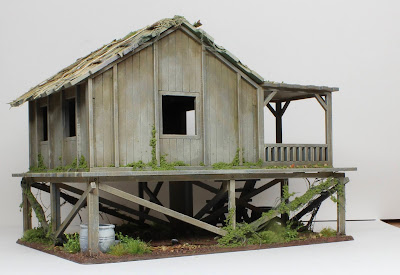 I tried to keep this as straightforward as I could and dry brushed colour on to the woodwork in a succession of lighter tones; for the record Vallejo U.S. Olive Drab, Khaki and Stone Grey.  The vines were picked out in a variety of green and then had some fine turf sprinkled along them. 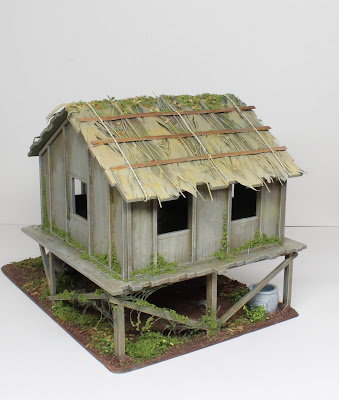 I was a little nervous about dry brushing the delicate feathers and so started by making a series of passes with the airbrush and then picked out the batons and ropes followed by more fine turf and leaf litter to try and convey the feeling that it had been there for some time. 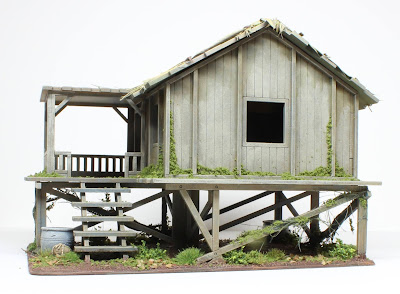 Some subtle wash colour under the eaves, a few leafy tufts and more leaf litter and we were there, completed!  Sarissa really do make some lovely little kits and because of their study construction are fun to enhance and personalise. 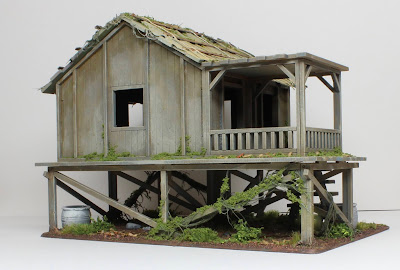 A big thank you to Dave for giving me the inspiration to get some terrain done this summer, perhaps not what I had originally envisaged but nonetheless a rather fun diversion and a couple of new tricks learnt along the way.  All that was left to do was to get some of the other toys out for a quick photo-shoot! 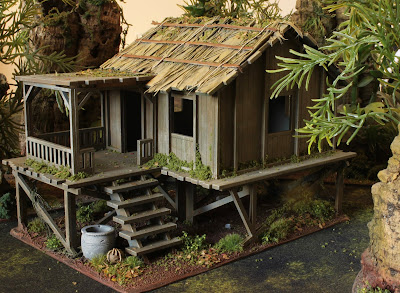 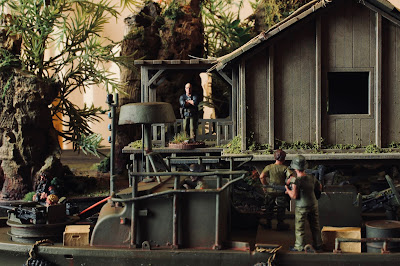 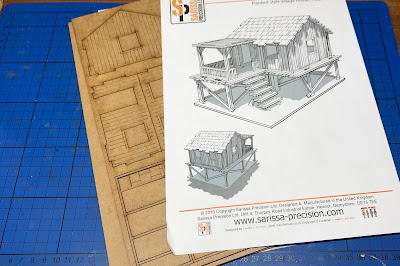 There is a cruel inevitability to all summer holidays, that realisation that it is coming to an end and the plans and schemes, so carefully considered, have again fallen short.  Last week saw me return to work, preparing for the release of this year's A-Level results and then having to try and make sense of the carnage that was left behind.  Not that I want to get into that here, but suffice to say hobby time was somewhat limited and if truth be told I have found it difficult to get back into the swing of things as the spectre of the new academic year looms into sight. 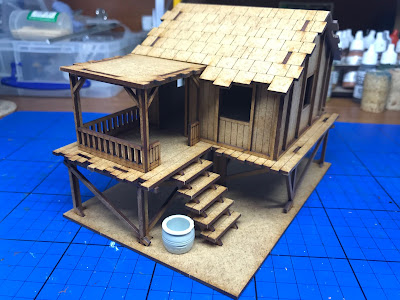 Fortunately I have one or two items in the bag, so to speak, and plan to share those as I go in search of the illusive mojo.  Some considerable time ago, I expressed an interest to take part in Dave Stone's, 'Summer of Scenery Challenge'.  At the time I was mulling over some ideas for pieces for my Tatooine themed Legion Board, but these fell by the wayside when I stumbled across a 'Sarissa Precision' jungle house on stilts.  I have no recollection when this was bought, or why, possibly as a trading post for the Congo board, but decided that it would prove a useful piece to work on, especially given the current project. 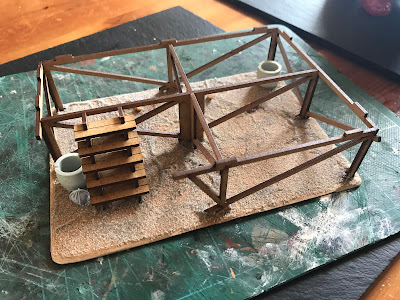 As with all Sarissa products it was relatively easy to put together, but all the time I felt a pang of guilt, this not being a building designed and cut by James! Once constructed I couldn't help but feel that it needed a little more love and attention, especially if I was to enter it into a scenery building challenge so set about the base board with the trusty Dremel, bevelling the edges before adding pumice gel for the groundwork and a few decorative pieces for added interest. 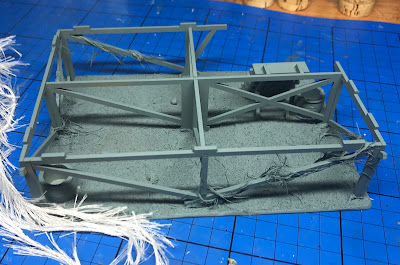 Using an idea that we had employed in the castle build, fur wool or eyelash yarn was used to represent climbing plants festooning the sides of the stilts.  This, base section, was then undercoated in grey primer, before I turned my attention to the roof section.  The kit has a tile design etched into it, which didn't seem quite right for the sweltering jungles of South East Asian, so went in search for a different approach. 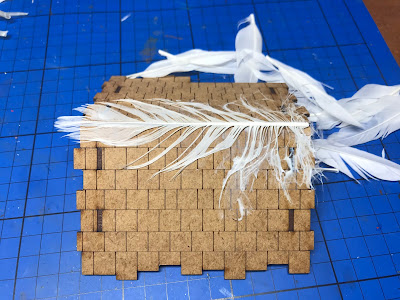 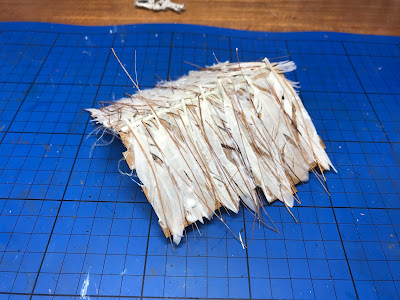 In the end feathers were used, having sourced a cheap bag from Amazon.  Using PVA glue the feathers were assembled to look like palm leaves, one or two having sections removed along their shaft.  To these were added some fibrous bristles that I had lying around and, when dry, were undercoated to match the base.  As I started to add colour to the base section it was clear that the effect was starting to work, but something didn't feel quite right and so I added so off cuts of veneer and florists' wire to hint at the batons and rope that may have been used in the roof construction. 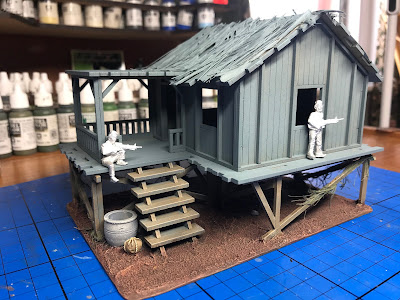 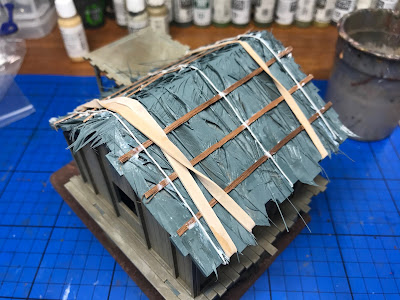 More unifying undercoat and I was ready to finish the painting...
Posted by Michael Awdry at 13:00 46 comments: