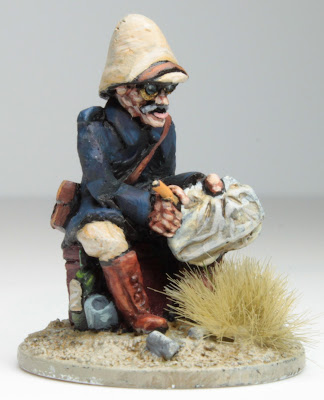 Melton Prior was one of a group of extraordinary gentlemen artists prolific during the Victorian era. He began working for the Illustrated London News in the 1870s and covered numerous events around the world, but it was with the 'Savage Wars of Peace'  that he was to make his name.  First covering the war in Ashanti in 1873, he went on to cover conflicts in Egypt, Sudan, Somaliland, South Africa, Crete, Turkey, and Manchuria. 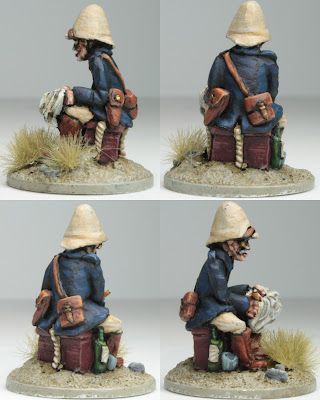 This rather wonderfully simple miniature is from the 'Bicorne Miniatures' War Artists range and depicts Mr. Prior at work in the Sudan; obviously thirsty work, given the wine bottle and glass by his side!  Although the quality of sculpt may not compare too favourably with the Perry brothers' version there is something quite endearing about this chap.

Melton's greatest ability was to be able to sketch incredibly quickly.  These sketches would then be sent back to London, where they would be worked up in the offices of The Illustrated London News before being engraved on to wood blocks, ready to be printed.

The above sketch, 'A Glimpse of the Enemy' (part of the Victoria & Albert Museum collection) is undoubtedly an example of Prior's work that has been 'enhanced'.  The original pencil sketch has had a grey wash, highlighted with white and is believed to represent an episode from the Battle of Tamasi  in which, 1st Gordon Highlanders participated. 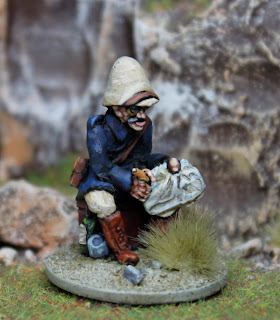 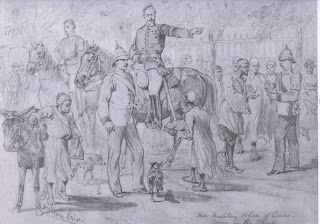 '28mm Victorian Warfare' was nominated for another two Liebsters!  The award that keeps on giving has been a phenomenal success in this corner of the blogosphere and it is lovely to see so many many superb blogs and bloggers being nominated.  With regards to myself, I continue to be incredibly embarrassed, but extremely flattered every time I'm nominated, particularly because of the outstanding blogs that have in turn nominated this collection of inane ramblings!

To that end I would like to formally thank, and in doing so actively promote, the following:

'The British Army At Waterloo', never ceases to amaze me with regards to the sheer scale of its undertaking.  The premise is simple,  "to have each British combatant at Waterloo represented in 28mm"; this, however, equates to 28,000 men!  Spare a thought for just how many tartan clad highlanders that would include, truly a must see endeavour.

'Hurry Up And Wait!', is a "miniature wargame campaign to commemorate the 30th anniversary of the Falklands Conflict."  Like many children of the 70s the Falkland's War became the moment when warfare suddenly lept from the history books and was propelled to the domain of the headline news; I know that I found the whole experience very confusing at the time.  Rusty's informative blog is a tremendous and balanced 'tour de force', but don't take my word for it go and have a look yourself! 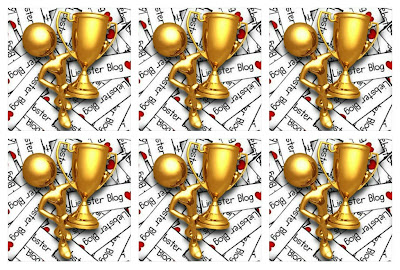