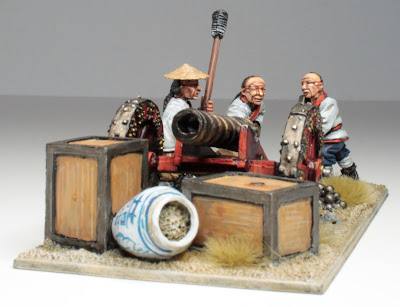 This final instalment for the Boxer Rebellion (at least for the time being anyway) sees the introduction of an artillery piece and crew.  As before, all are from ‘Redoubt Enterprises’ and have the same reassuring solidity to them. 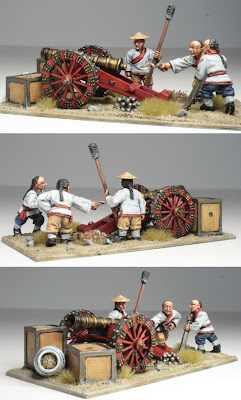 I decided that I wanted to add a little ‘something extra’ to the base, perhaps to convey some form of defensive position, but also to hint at the urban setting of this conflict.  To that end a few ‘Ainsty Castings’ tea chests and a discarded piece of pottery (the pattern lovingly cribbed from a 19th Century Qing Dynasty vase – the infoweb is a wonderful thing!) were scattered about the front of the base. 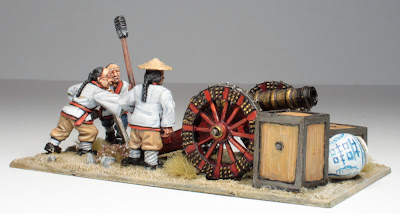 I have to confess that I am rather pleased with the final result and thoroughly enjoyed tinkering around until I was happy with the base; perhaps I could have a month dedicated to artillery, but then again I could just try and stay on task!