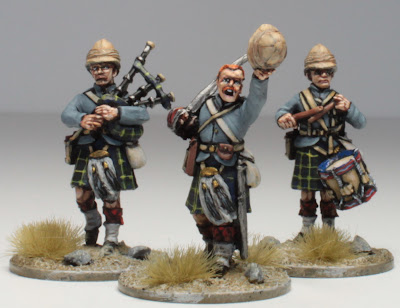 If truth be told I have no right starting yet another period, but with December just around the corner I have to confess that I have one eye well and truly fixed on the now, seemingly ridiculous, self imposed targets - mental note:  set more realistic and practical targets next year!  Mind you it does mean that I had to pick up one or two new shiny things, but before we get to them, I found these three 'Perry Miniatures', Highland Command lurking around the periphery of the lead pile; the other half of the group had been used for the 'Carry on up the Khyber' post back in June. 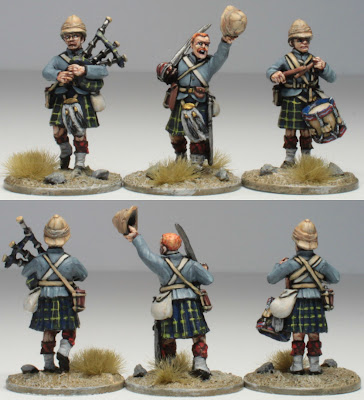 Although known as the Gordon Highlanders, the Regiment was officially designated the 100th Regiment of foot later becoming the 92nd Regiment of foot in 1798.  The 1st battalion of the Gordons was sent to Sudan where it was issued grey wool jackets.  These were worn throughout the campaign at the Battles of El Teb, and Tamai in 1884. 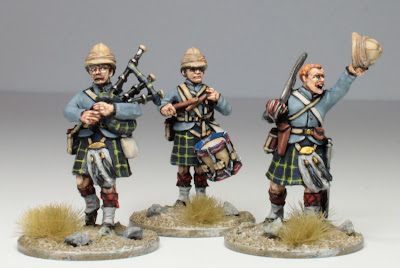 Loved the characterful sculpts, but my goodness they were a pig to clean up and get ready.  Great to have a go at a different tartan too, which was essentially a Government tartan, with the addition of a thin yellow stripe.  (my attempt at a 'how to' can be found here.)  Now let us what's next?