After a period of dormancy, I’ve finally finished off the 17th Lancers Richard had very kindly given me.  A new challenge here were the lances themselves but a little metal foil gave me the effect required for the pennons. 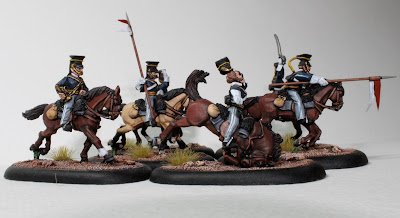 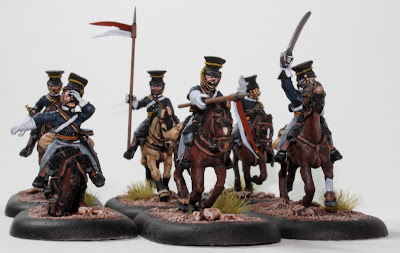 The 17th Lancers were in the front rank of the Light Brigade as they charged the guns that fateful day on the 25th October 1854.  Colonel Obolensky ordered a final volley of canister with the cavalry only twenty yards out but still they came!  The more I read about this battle the more admiration I have for the men who knowing that were surely riding to their deaths rode on without once questioning the order given.
Terry Brighton’s ‘Hell Riders’ – The Truth about The Charge of the Light Brigade – Penguin 2005, wonderfully tells the story of the day using many eyewitness testimonies to bring to life the disastrous charge.  I recommend it to anyone with a passing interest in the period, fast paced and anecdotally heavy, it becomes very hard to put down before the inevitable conclusion.

There crashed into us a regular volley from the Russian cannon. I saw Captain White go down and Cardigan disappear into the smoke.

My attention here was attracted to Private Melrose, a Shakespearian reciter, calling out, ‘What man here would ask another man from England?’ Poor fellow, they were the last words he spoke, for the next round from the guns killed him and many others.  We were then so close to the guns that the report rang through my head, and I was quite deaf for a time.  It was this round that broke my mare’s off-hind leg, and caused her to stop instantly.

Just as I came close to a gun, it went off, and, naturally, round went my horse.  I turned him round, and put him at it again, and got through.

When I was within a few yards of the Russian guns my horse was shot under me and fell on its head.  I endeavoured to pull it up in order to dash at the gunners but found it was unable to move, its foreleg having been blown off.  I left it and forced my way on foot

The last volley went off when we were close on them.  The flame, the smoke, the roar were in our faces.  It is not an exaggeration to compare the sensation to that of riding into the mouth of a volcano. 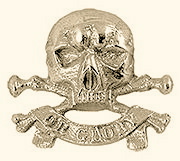