Although the Indian Mutiny of 1857 fits within the very broad remit of Victorian warfare that I had allowed myself to explore, I was finding it very difficult to justify such a sudden leap from the Anglo-Zulu War and leaving, albeit temporarily, my beloved Empress Miniatures. That said, when the good Mrs. Awdry asked what I might like as a token to mark our forthcoming wedding anniversary I decided to try my luck and casually showed her the Mutineer Miniatures website. Hearing “oh isn’t the elephant cute” as “go ahead and order some my sweet”, I seized the opportunity with both hands, thanked her graciously and ordered up said ‘cute elephant’, now named Nellie (Does anyone else’s better half insist on naming everything?) the Highland Infantry, Highland Command and a set of mutinous Sepoys.
The first thing I must say about Mutineer Miniatures is that their quality of service was exceptional. Having placed the order on a Friday, taking advantage of the free post in July offer, it arrived the following morning! It really doesn’t get  better than that.


First impressions were that they seemed weighty and little larger than the Empress models but with a real sense of quality to them. Pointless me comparing them to Empress on this note but I would suggest that they are a true 28mm from sole of boot to eye level not top of feathered bonnet. Perhaps a little more flash and casting lines than I am used to, but nothing that a sharp scalpel blade wasn’t capable of dispatching. If the truth were told I was so excited to be starting them that I rushed the clean up a little.

One potential ‘niggle’ for others might be the very substantial base plates they are attached to. I have tended to used lipped bases, which have a slight recess so this wasn’t really a problem as by the time they were glued in place and a generic household interior filler applied they looked great. Those of you that use thinner bases would need to remove part or all of this metal or be faced with building up hefty layers of terrain. 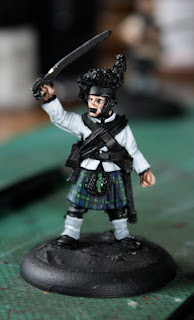 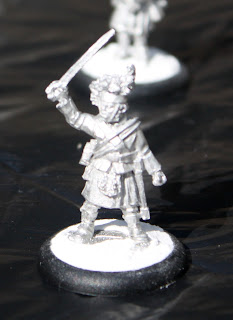 comparison with and without extra tassel, note also metal base plate level with lipped base
Good strong poses and plenty of authentic detail to whet you appetite, although I would be thrilled if there was an additional edition with perhaps kneeling and firing included. Command pack is superb with dashing officer, burly sergeant, piper and ensign holding the colours (colours not included but brass pole is)
Like Empress, Mutineer Miniatures have gone for campaign authenticity with the infantrymen wearing the ship’s smock and added sunshade. The officers and sergeant seem to wearing a tunic of sorts, possibly a shell jacket so was painted as so. 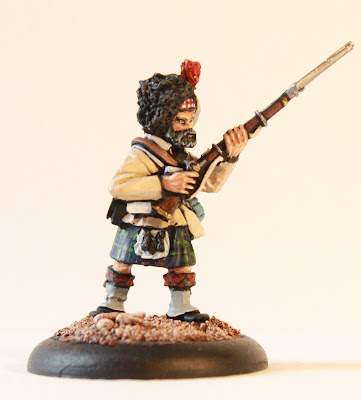 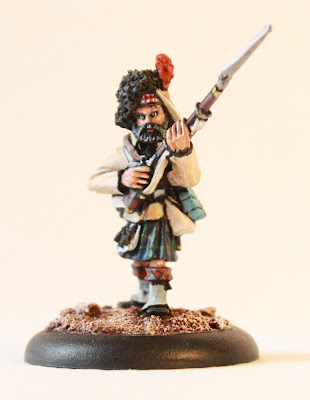 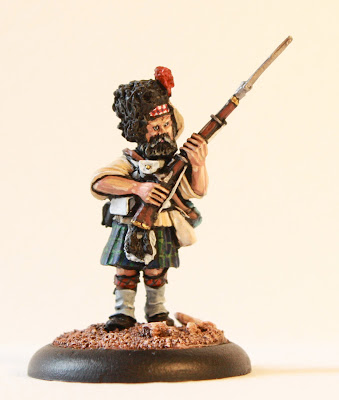 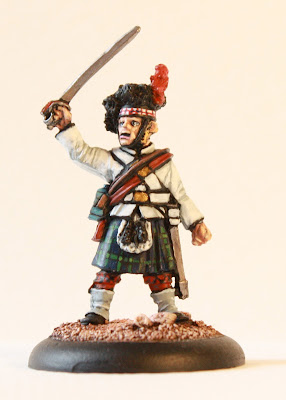 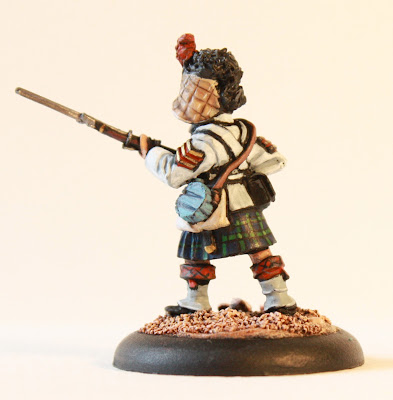 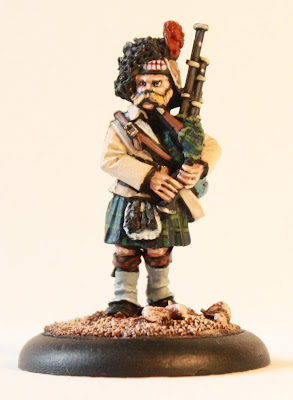 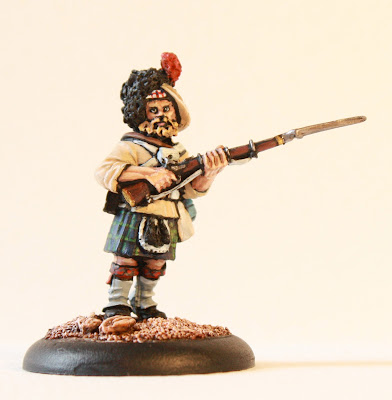 I needed to make a decision as to which regiment and although not mentioned as perhaps as often as the 79th or 93rd (although 8 VCs and a battle honour is still not bad going for a campaign!) there was something about the idea of having my own little unit of the Black Watch that was just too tempting. This did leave one the technical issue of tassels on the sporran. The 42nd Royal Highlanders having 5 black tassels on a white sporran, my models having just two. After much deliberation it was decided that with a little bit of the ubiquitous green stuff I could give the illusion of more tassels. 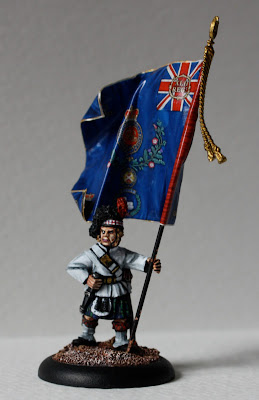 I appreciate that there will always be room for improvement but I feel that I am finding a level of consistency with my painting that I am ultimately satisfied with. The quality and detailing of the miniatures combined with exceptional service that I mentioned earlier leave me in no doubt that I shall continue to explore this fascinating period of history with Mutineer.
Posted by Michael Awdry at 22:27