Following a discussion in the Gentlemens Wargames Parlour, and purely in the interests of research, I thought I might have a go at producing an Empress Miniatures married Zulu using the green undercoat and oil method!
I attended my first Euro Militaire exhibition last year, an incredibly humbling experience as the quality of work on display was absolutely sensational,  but I was surprised by the amount of modellers that were using oil paints.
I was aware that traditional western artists would under paint with Terre Verte, a subtle transparent green. If you look at the back of your hand you can see why. The green beneath the translucent skin gives the appearance of veins. It would follow that the darker the skin tone, then a darker green could be used.
Having chosen a figure it was given a green undercoat where the skin would show. 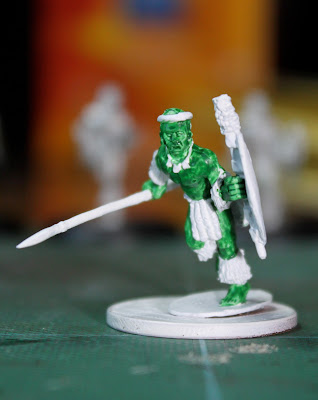 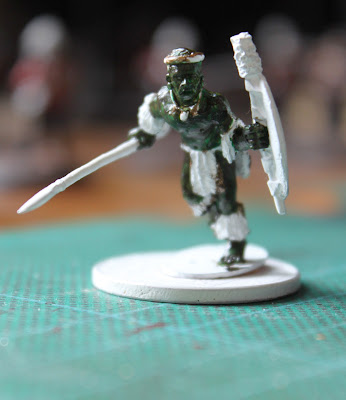 Initial skin tones done with raw umber then burnt sienna using glaze techniques.  Shortly after this stage I made the decision to complete the other areas of the model using acrylics. 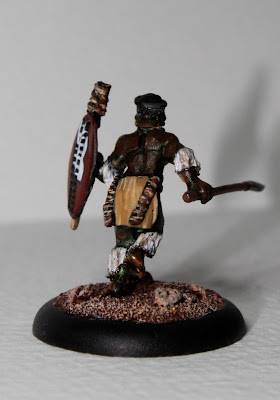 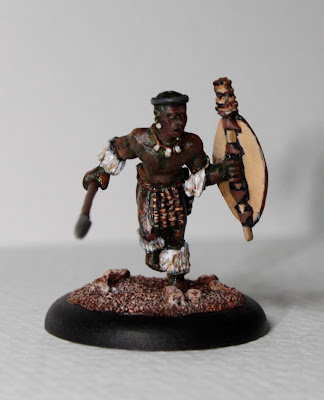 There is no question that there is the appearance of greater depth to the model but I found the oils so difficult to control and ultimately became frustrated with the results, hence the decision to complete it in acrylics. On a larger scale, or in the hands of a more proficient artist this would definitely be the way forward but the dry time between
layers would drive me to distraction!
Posted by Michael Awdry at 13:30