A Wobble of Ostriches 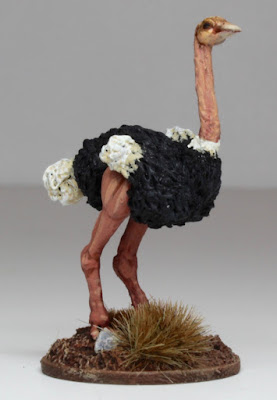 These three fine, long, legged birds formed my entry to the opening bonus round of the recent 'VIII Analogue Hobbies Painting Challenge'.  The round, simple titled Flight, and subsequently retitled Flightless by yours truly,was an unashamed points grab, but in my defence what started out as a quick win developed into something much more involved as I wrestled with achieving the desired effect on the neck and legs. 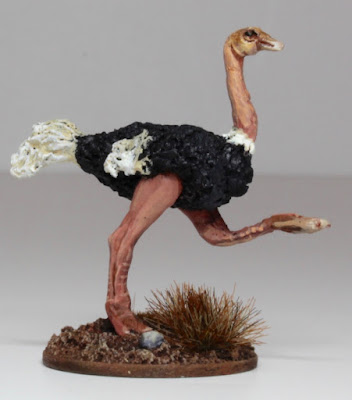 One of my personal hobby highlights of last year was hosting a game of ‘Congo’ using the rules of the same name by Studio Tomahawk.  That encounter was set in the steaming jungles, but there are several scenarios set on the Savannah and what better way to start the preparations that with a… 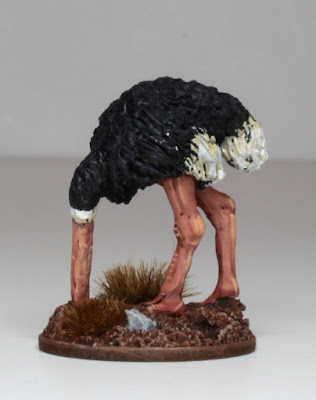 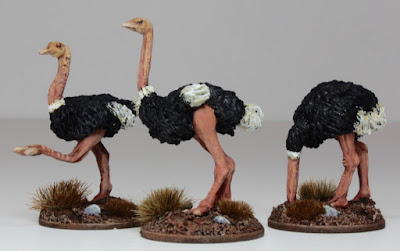 These splendid specimens are from North Star Miniature’s Africa range and are good solid one piece sculpts and I hope will look resplendent on the Savannah in due course.
Posted by Michael Awdry at 12:00