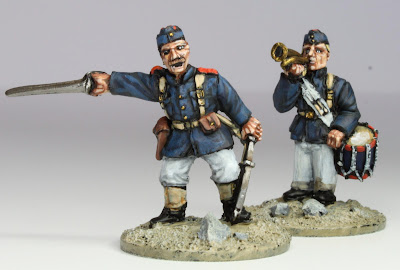 I need to say a big thank you to all those who have continued to browse the pages and leave comments here at '28mm Victorian Warfare'.  I have continued the lurk around the many blogs I follow and  have seen some tremendous work this week, not to mention Fran and Ray's tremendous giveaways - go and have a look before they make the draw next week.  Work continues to demand much of my time, but I'm looking forward to a break in a couple of weeks time.

Until then just the briefest of posts to showcase these members of the Royal Marine Light Infantry, part of the British force during the Boxer Rebellion.    These are from 'Redoubt Enterprises' who, it has to be said, seem to do the most 'complete' collection of the period.  There is something wonderful reassuring about the 'chunky' feel to their sculpts and whilst not to everyones' tastes, I have to say that I thoroughly enjoy painting them. 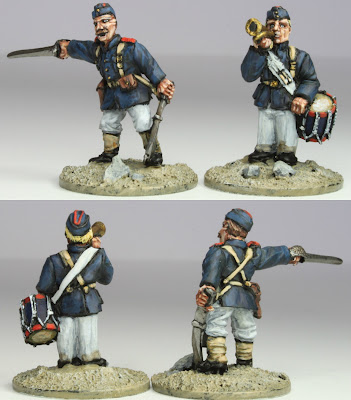 That said I have recently discovered that 'Studio Miniatures' have released a splendid new range of colonial figures and I may need to invest in a couple, purely in the interests of comparison and as a general service to the hobby community as a whole you understand! - at least that is line that I'll be taking with the Saintly Mrs. Awdry, when yet another packet lands on the doormat of 'Awdry Towers'. 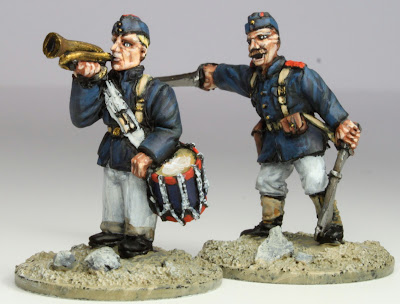 In addition to the 'Studio Miniatures', I've stumbled across some rather nice examples over at 'Oshiro model terrian' of the Japanese delegation, so it might be prudent to wait a little to see how these ranges develop before diving headlong into yet another project.