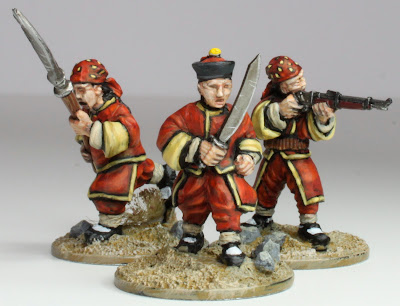 Continuing with the Boxer Rebellion theme with have more from 'Redoubt Enterprises', this time my test miniatures for Dong Fuxiang's, Kansu Braves. 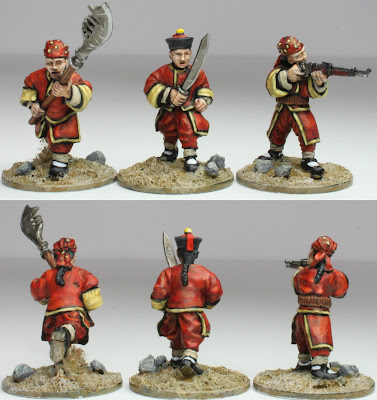 These fearsome Muslim warriors are wearing their bright and distinctive uniforms and must have been a terrifying sight as they laid siege to the Legations.  Organised into eight battalions of infantry, two squadrons of cavalry, two brigades of artillery, and one company of engineers, the Braves were also familiar with and used modernised weaponry. 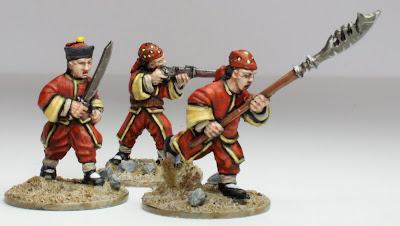 This, sadly, is all I've managed this week and although I put in a brief appearance at some of your blogs I'm looking forward to spending a day trawling around and catching up tomorrow.  In the interim I just wanted to show off my new favourite gaming accessories - aren't they just gorgeous?  These beauties arrived in the post this morning courtesy of 'The Angry Lurker'; they were commissioned as part of a giveaway to commemorate his outstanding blog reaching its second anniversary.  A wonderful milestone indeed;  THANK  YOU  Fran. 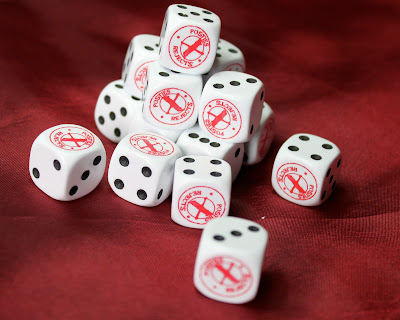