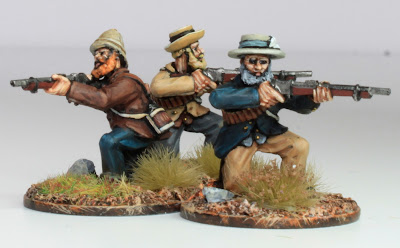 I seem to have fallen into a malaise with regards to progress on any of the ongoing projects.  Having had a wonderful week away with the good lady wife I now seem incapable of focussing on any one thing, including keeping up to date with the blog targets!  Two thirds of the way through the month and I'm struggling to finish these Boers let alone any of the other six (I told you focus was any issue!) potential posts sitting on the dining room table. 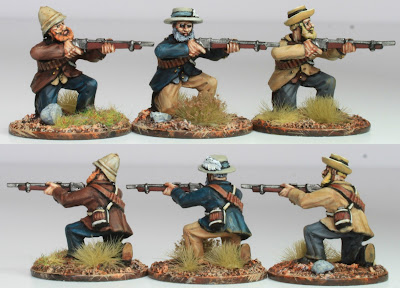 That said here is the next instalment of Boers from 'Empress Miniatures' 28mm Anglo-Zulu War range.  As previously mentioned this is one of the four body poses each with a different head sculpt giving a huge potential variety for the group and as always good, solid sculpts and crisp casting. 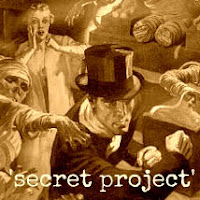 I haven't been entirely idle, the 'secret project' now has its own button to match that of '28mm Tales of Adventure' on the right hand sidebar.  The artwork, originally from the 1930s 'Dime Mystery Magazine' publication, conveying a sense of high drama, albeit it suitably 'tongue in cheek'.

Part of the problem with regards to lack of focus might have something to do with this little lot that was ordered before we went on holiday.  What I should have done was to put the little parcels away until I was ready to start them, but oh no all were unwrapped and a myriad of possibilities started to flood my addled brain.  So many ideas - so little time!