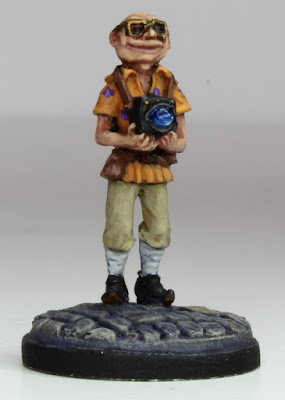 There is a generosity that pervades our cosy corner of the Blogosphere unlike anything I have seen in other communities. The frequency by which fellow Bloggers celebrate milestones with Prize Draws or giveaways is truly staggering. This is often further enhanced by random acts of kindness where little packets of lead will drop unexpectedly onto the doormat with no other motive than to pass on some good cheer; it is to one of these acts that I now refer. 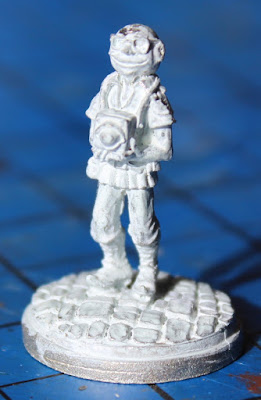 'Carrion Crow’s Buffet' is a delightful place to spend some time, rich as it is in creativity, but taken in conjunction with a healthy dose of ‘Rantings from under the Wargames Table' and a smattering of 'Fantorical' you find yourself with a heady mixture of hobbyness that is truly addictive.  Just look at their most recent idea, ‘Forgotten Heroes’; an opportunity to convert and paint a miniature to represent a long lost super hero.  It is exactly this sort of fun and creativity that sees me return, time and time again and is credit to its author, who we will simply refer to as Jez. 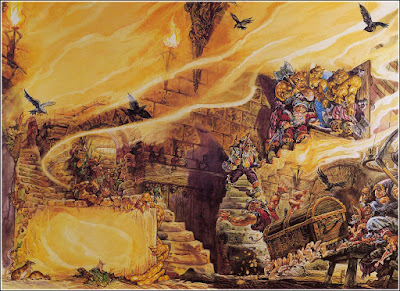 To celebrate a year at the helm of the ‘Buffet’ Jez decided to send out little packages of joy to regular contributors as a thank you for our continued support, totally unnecessary, but a wonderfully generous gesture nonetheless. Having passed on contact details, I was duly rewarded with my gift, some splendid plastic dinosaurs! Now these will be making an appearance in ‘Dinovember 2016’, but they were not the only inhabitants of the padded manila envelope… 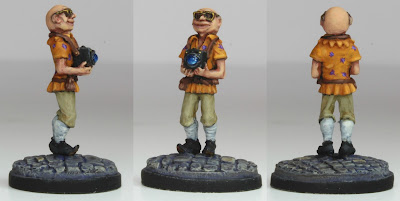 I think that it is fair to say that whilst a generous chap,  Jez also has a mischievous spirit and so once the dinosaurs were safely corralled, I had a closer look at what else inhabited my parcel and lo and behold, I discovered - well I wasn't sure what I had discovered!  Closer inspection revealed a primed  miniature, with fine casting and a beaming smile.   This devilishly handsome character reminded me of someone, but for the life of me I just couldn't think who?  Still a little web based research later, I had discovered that this was in fact a 'Clarecraft' figurine representing Twoflower, a character from Sir Terry Pratchett's Discworld novels.  Now I have to confess that I haven't read much Pratchett, I've always intended to but just haven't got round to it yet, so I was a little unsure as to who or what Twoflower was. 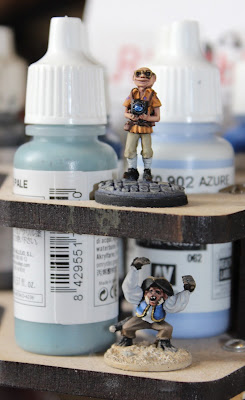 Having now read a little more and watched the rather enchanting 'Colour of Magic', I now know that Twoflower is an optimistic, but naïve tourist of Discworld, in fact Discworld's first tourist who has all manner of adventures with his guide the wizard, Rincewind.  His generosity of spirit and belief in the goodness of human nature make him a charming character, if perhaps not the cleverest!  This bespectacled, and reluctant, hero of the piece has been beautifully realised in pewter and Twoflower now adorns my painting rack, camera in hand, ready to assist with any photography assignments that '28mm Victorian Warfare' might require.

So thank you Jez, I thoroughly enjoyed painting this little treasure and he shall remind me just how lucky I am to be part of a community that really is rather lovely.