There was me, that is Alex, and my three Droogs. 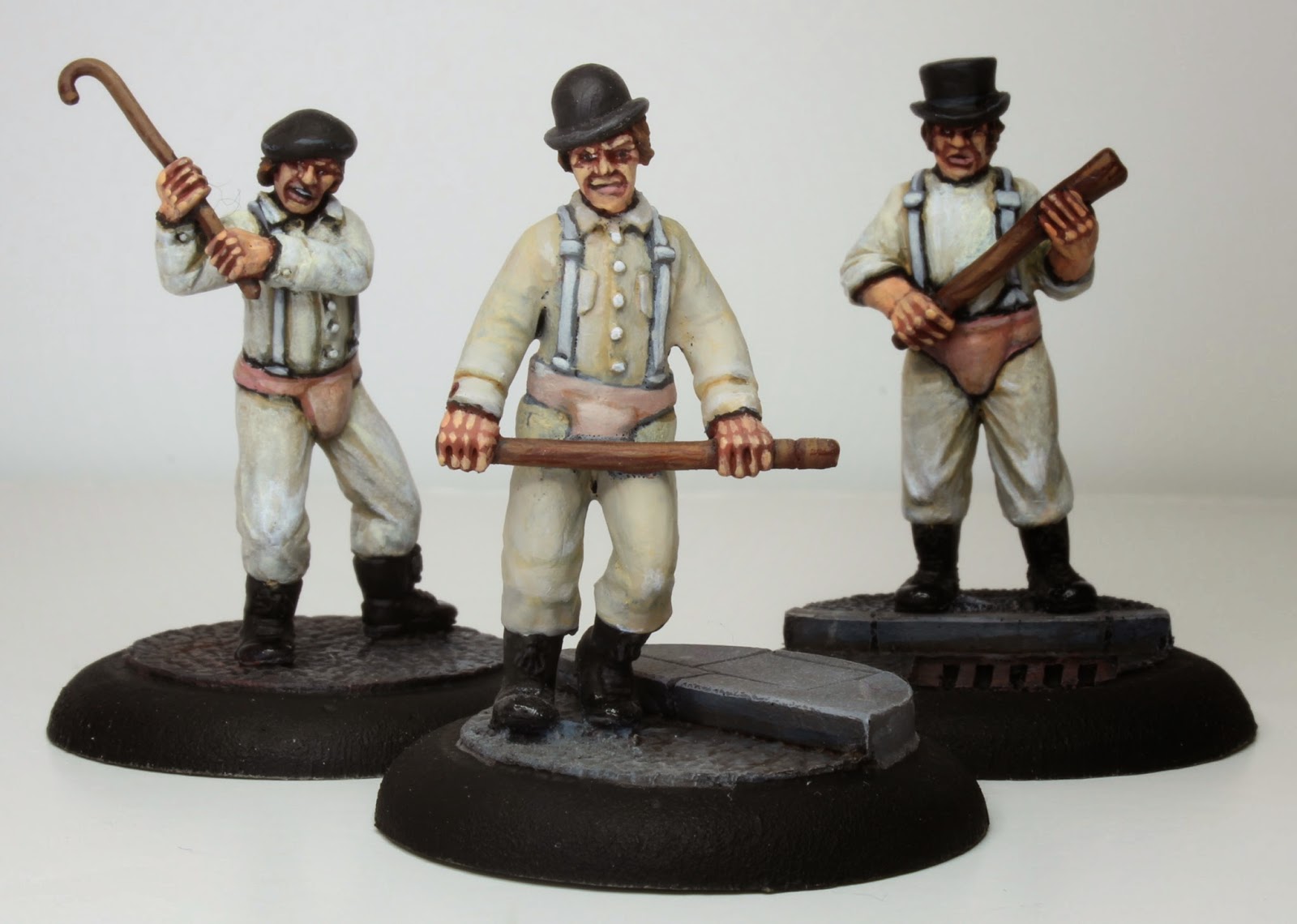 It seemed only fitting to me that one of the first miniatures painted for the annual 'Analogue Hobbies Painting Challenge' should be my entry fee to that splendid chap, Curtis Campbell Esq.  The brief was, in keeping with this year's Fawksian theme, to supply and paint a single 28mm figure characterised as an antihero, rogue or person of dubious character but undeniable charisma. 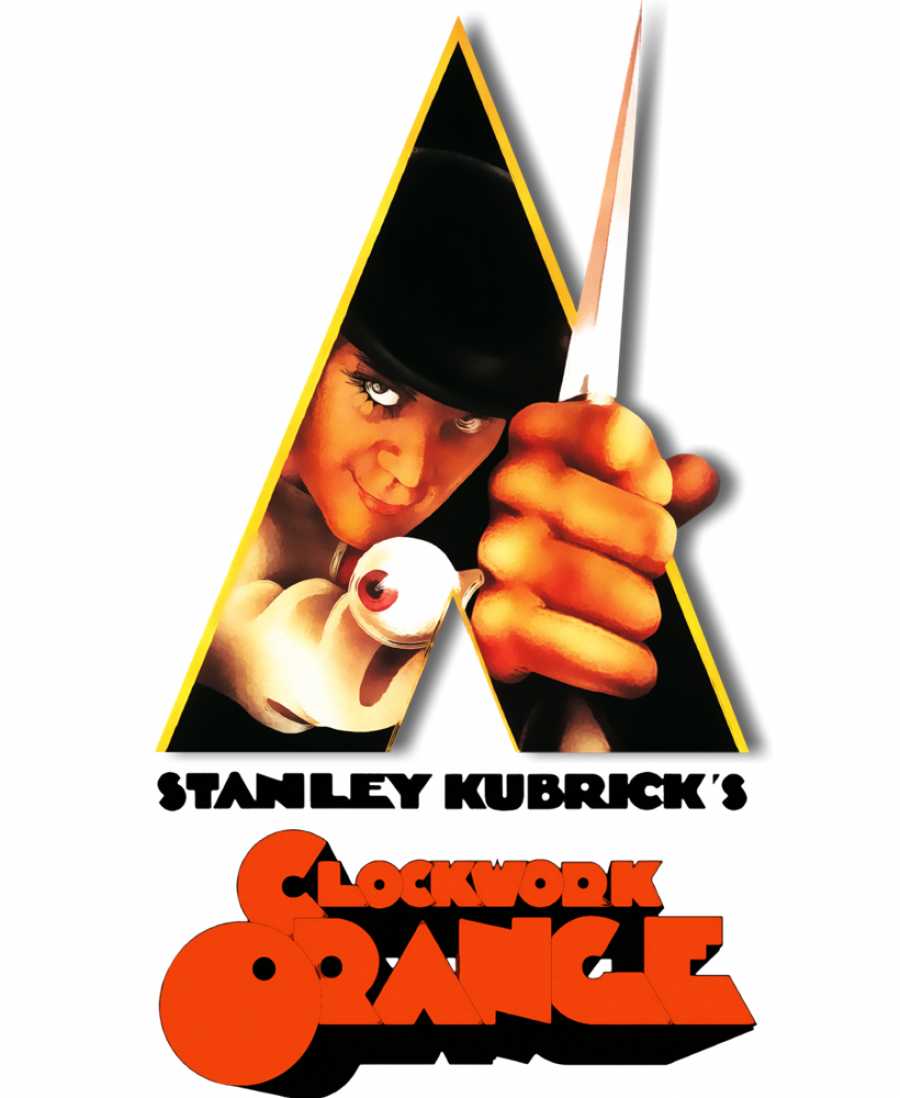 To that end much thought was given as to a suitably roguish anti hero and as luck would have it I rediscovered this rather charming miniature amidst the masses of forgotten lead.  A Bill Thornhill sculpt for 'Crooked Dice', this is one of four 'Eavies available from their web store and a passable likeness for Malcolm McDowell’s character, Alex DeLarge, in Kubrick’s adaptation of Anthony Burgess’ novel, A Clockwork Orange. A charismatic, sociopathic delinquent, there is no question that Alex is a person of dubious character but also undeniable charisma and so seemed a reasonable choice for my entry fee. 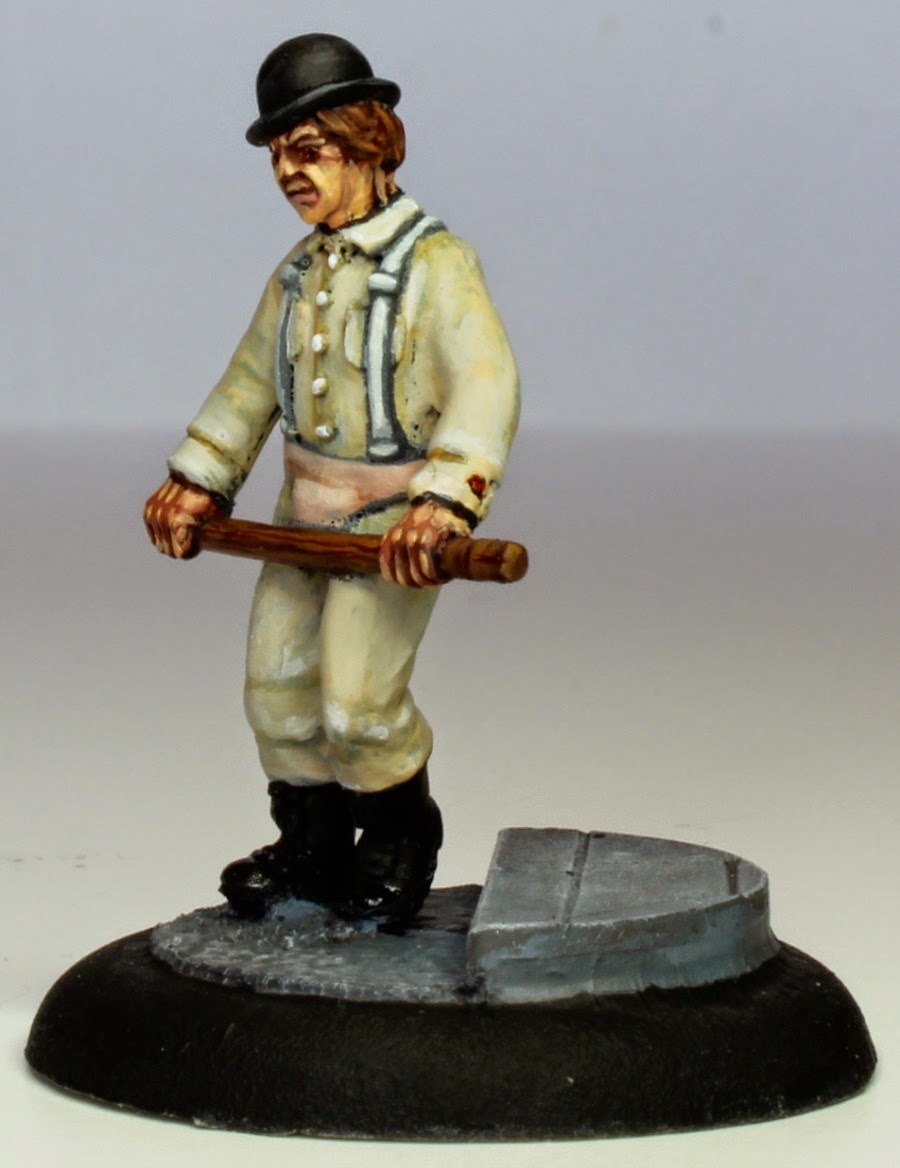 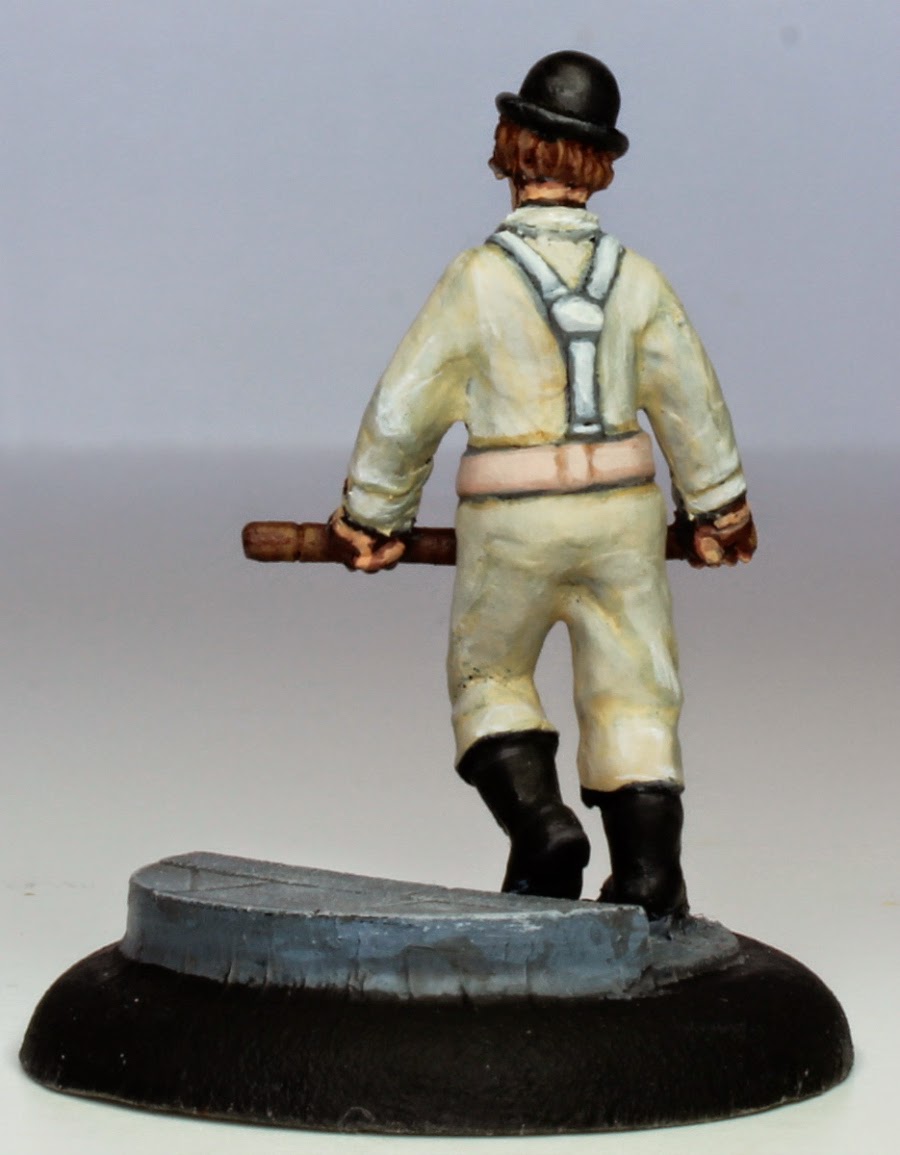 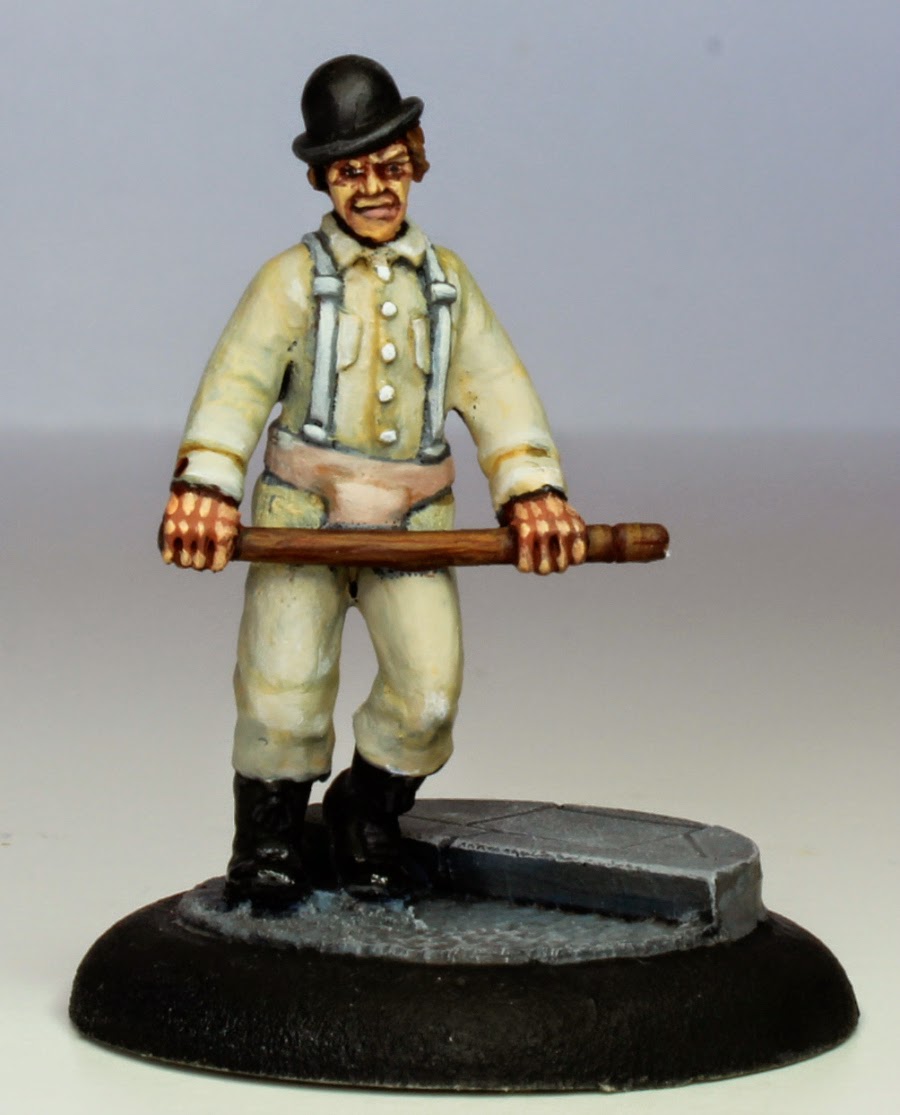 A lovely miniature to work on, I was a little concerned with painting the white and in the end went for a variety of shades with definite tints to help distinguish the different fabrics.  With the challenge successfully completed my thoughts turned to packing up my entry fee for its long trip to Canada; knowing that 'Alex' already had company for the voyage in the shape of 'Dim', the Provost Marshal's entry for the same challenge, I still felt a strange pang of guilt at separating these two from the original crew and so set about painting the rest of the Droogs, I just hope that the additional miniatures makes up for their late arrival!

On the subject of the Provost Marshal's entry, I shall let him explain in his own words:

"Along with just about everything else this Challenge, I changed my mind about the Curtgeld. My original plan was to paint a certain Napoleonic cavalry officer, but then a visit to the master of the arcane at Awdry Towers changed everything. For once I was on the receiving end of a small plastic bag of lead. Michael informed me that it comes from Crooked Dice set under the nom de guerre 'Eavies. They are, of course, based on Alex and his Droogs from Kubrick's film of Anthony Burgess' novel A Clockwork Orange, released in 1972.

This anti-hero is 'Dim', played in the film by the late, great Warren Clarke. Fat, gormless, and favouring a bike chain as a weapon, much put upon by Alex, Dim finally has enough. To stop him escaping from the clutches of the police, Dim smashes a milk bottle across Alex's face. Dim may well have acted out of a desire to stop Alex's ultra-violence, but his real motive is much less heroic. Dim's motive is revenge. He becomes a policeman who extracts his own punishment on his former leader!

It was a great figure to paint, and hopefully will stand next to Michael's figure* of 'Alex' in Curt's 'trophy cabinet'. Those with good eyesight, or high res monitors, may just be able to spot a musical homage to one of my favourite bands, and their 5th album, also dating from 1972."


*He is currently standing with them now, second from the left in the above picture!

“It’s funny how the colors of the real world only seem really real when you viddy them on the screen.”

― Anthony Burgess, A Clockwork Orange
Posted by Michael Awdry at 11:06