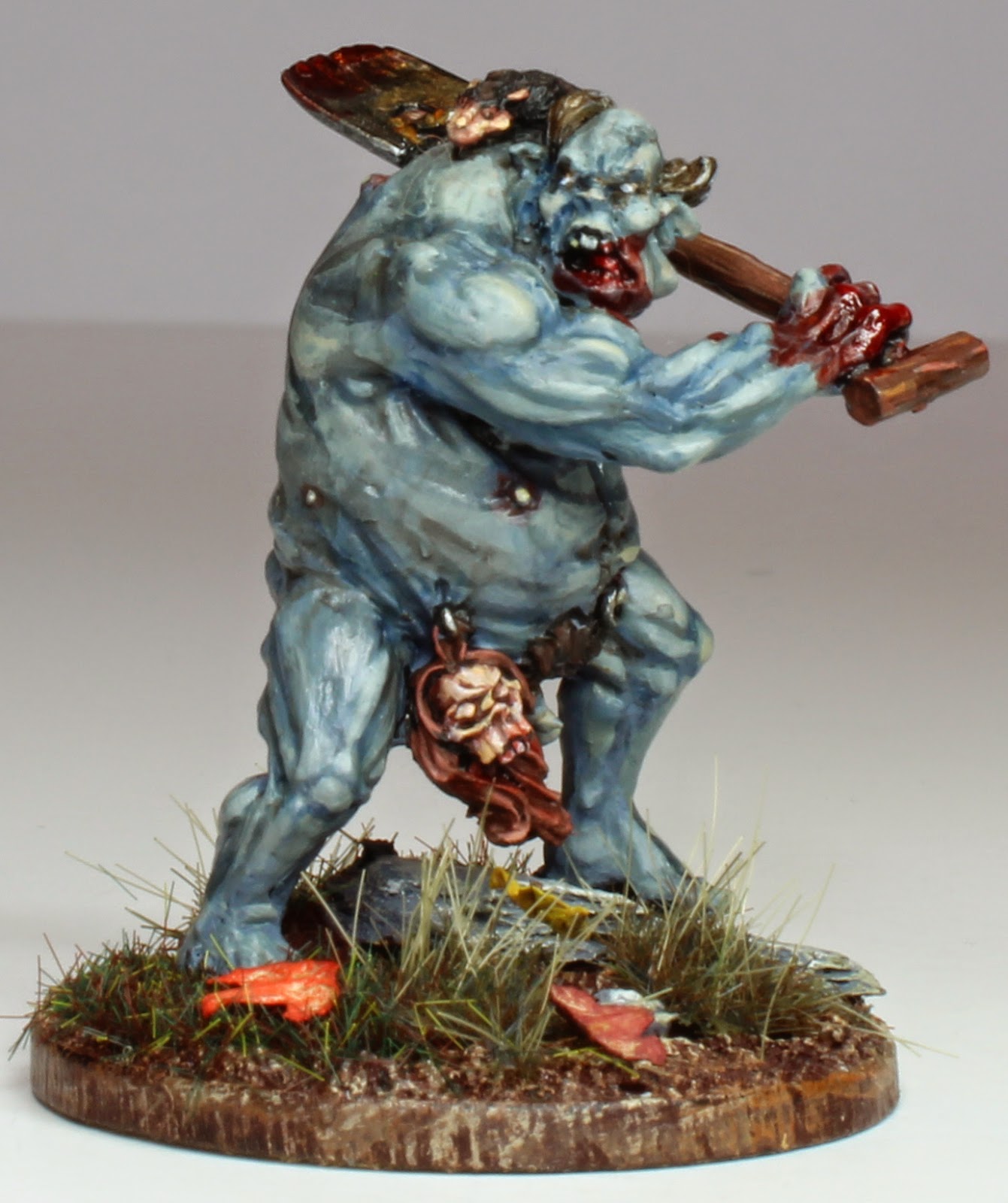 In the spirit of completion, I would like to offer up my final 'Heresy Miniatures' Ghoul - the Ghoul King himself!  There are two versions of this reassuringly large miniature available for purchase on the company's webstore, a shy retiring type and this one, who is happy to just let everything hang out. 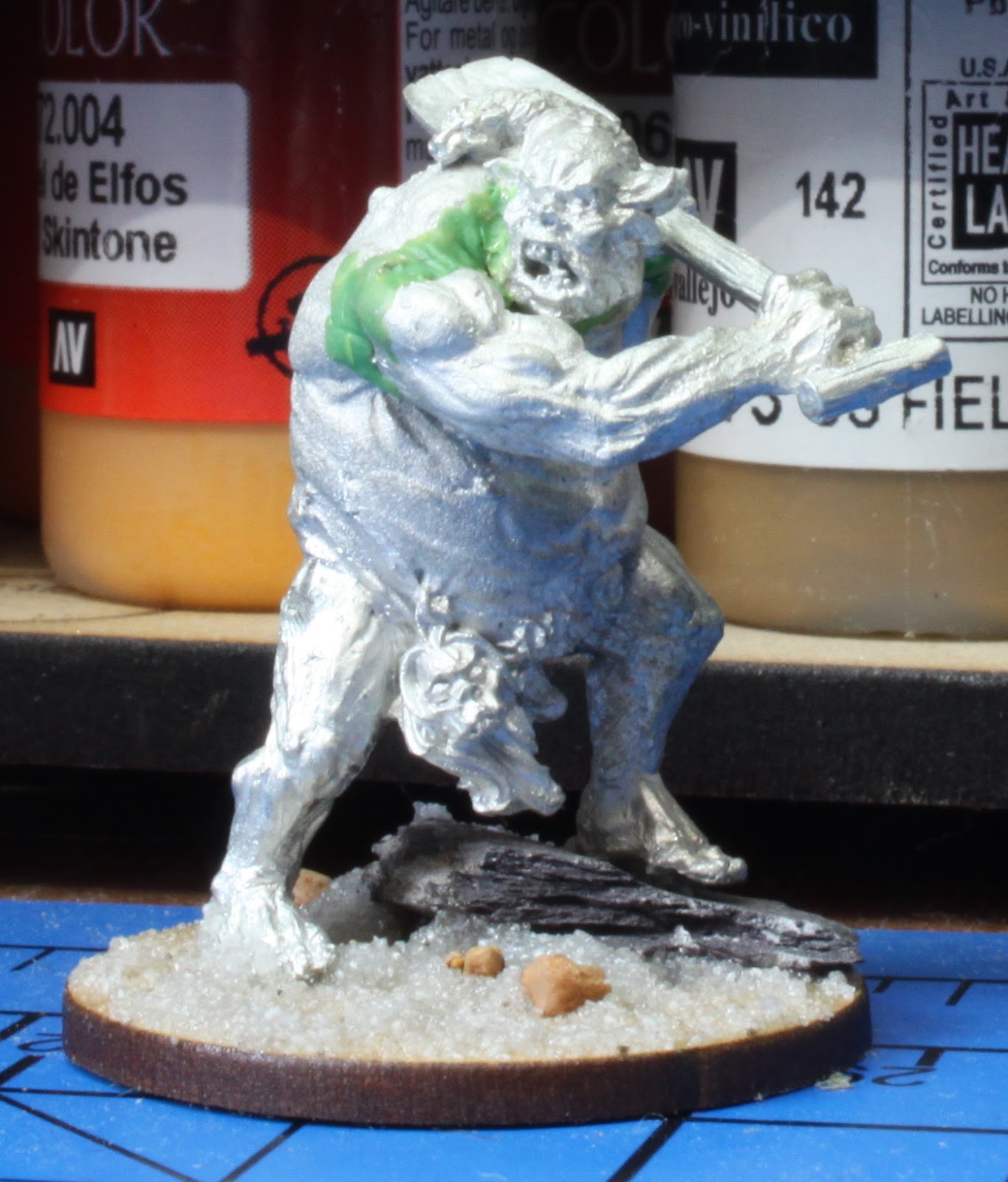 Again expect a little construction, but given this model's larger size there wasn't anything too taxing to overcome.  The paint scheme followed the the rest of the tribe and had to go through that uncomfortable 'blue' period, but ultimately holds together with the others.  The rat familiar is a nice touch on this model, but I wasn't overly enamoured with a large, scarab like beetle on his right thigh so this was removed. 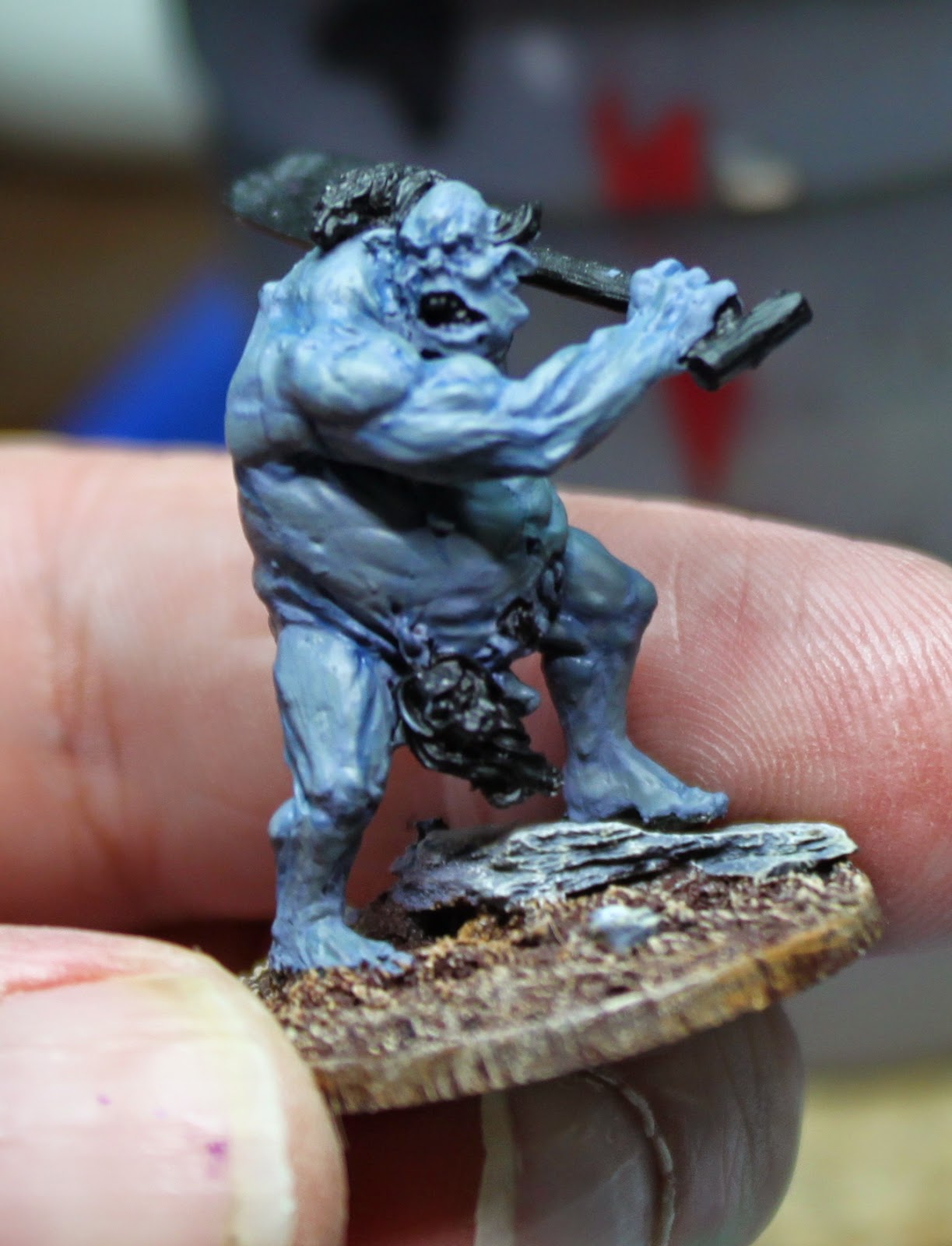 Basing was again carefully matched to tie them all together and a slathering of gore completes the look. The fearsome Noctelinger are now a force to be reckoned with, but will their Master make an appearance before the end of the summer? 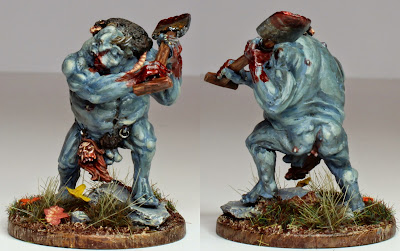