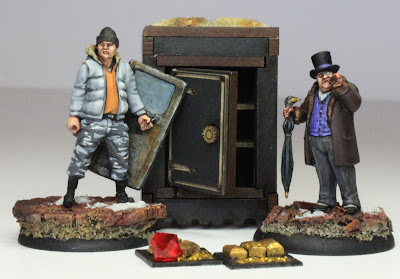 When starting this mad dash into the comic book world of Batman, I was greatly inspired by a series of posts by the 'Dark Templar' and 'Bullcher Feb'. Both gentlemen were busily building their crews ahead of an initial showdown when their attentions turned to terrain building and objective markers. If truth be told this is where the original idea for the 'Rocket Penguins' sprang from, but it also spawned another idea with regards to a solution for the 'Loot Marker'. 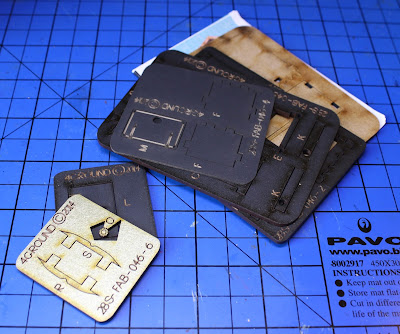 When stumbling around the '4Ground' stand at 'Salute 2015' my eyes fell upon a curious pack, simply entitle 'Safe'.  I would imagine that it was conceived to play a part in some sort of western game, but I initially thought what a wonderful objective for the villains of Gotham City. 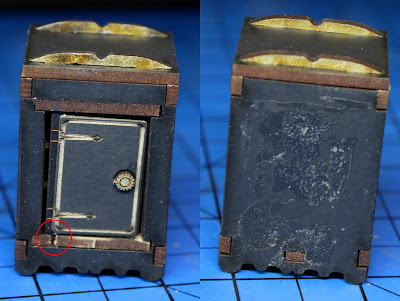 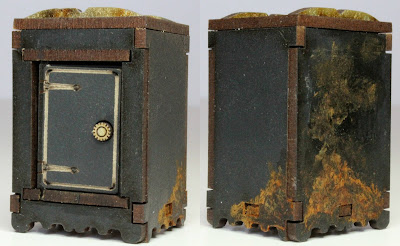 From the the outset I need to stress that this was a bit of an indulgence*, but I do like putting together these models.  That said a closer inspection of the assembly instructions might have prevented a couple of schoolboy errors, namely putting the back on the wrong way round and allowing my fat fingers to manhandle a particularly delicate piece of infrastructure.  Still both obstacles were overcome with aplomb, and in the case of the glue mark, I simply covered it over with a rust effect to give the piece some 'age'.

*£6 worth or indulgence to be exact! 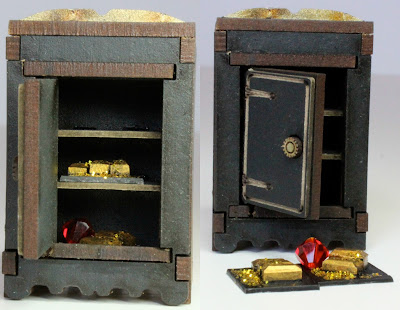 When completed I could't resist adding a little detailing to make Gotham's nefarious ne'er-do-wells' efforts more worthwhile.  Some pieces of plastic rod, beads and gold coloured glitter became the much sort after loot.  I have to say that I was feeling pretty pleased with myself, believing that I had stumbled onto a rather ingenious and original solution until, quite by chance, I saw that 'Element Games' were stocking a new release from 'Knight Models', yes a safe pack that not only gives you two models, but is cheaper as well - originality, it would seem, is fleeting! 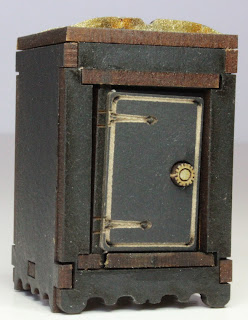