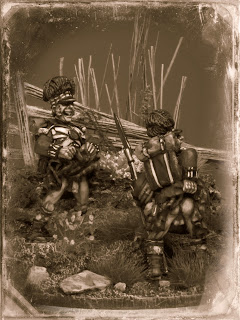 On the afternoon of the 16th June, 1815 a troop of French Lancers burst through the shoulder high crops, that grew around the strategic crossroads of Quatre Bras, smashing into the back of the 'Black Watch' who were still formed in line in readiness to face the enemy infantry. The courage and fortitude of the men of the 42nd Highlanders must have been herculean, for not only did they withstand the charge, but formed square so quickly and precisely that a good many Lancers were trapped inside – not an enviable place to be when faced with four lines of ferocious and somewhat peeved Scotsmen! 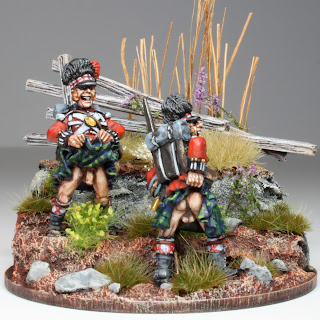 Now I keep trying to tell my good friend, the ‘Provost Marshal’ that this Napoleonic era nonsense will never catch on in respect to wargaming, but try as I might he continues to squander my advice choosing instead to continue his unabashed love affair with the era, in particularly the uniforms of those ‘oh-so-dashing’ French; so what better birthday gift, thought I, than painting up something ‘elegant’ and Napoleonic just for him! 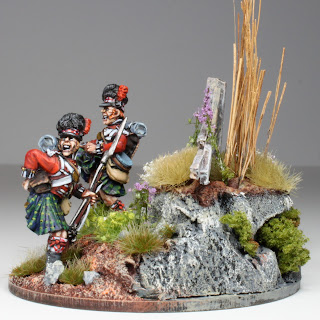 These ‘Northern Gents with questionable manners’ are from ‘Westfalia Miniatures’ and are sculpted by none other than the very talented Mr. Hicks – who does seem to feature quite heavily here at ‘28mm Victorian Warfare’.  As soon as I saw them on Kawe’s brilliant ‘Großbeeren 1813’ I just had to have them, admittedly they are not ‘elegant’ per se but they are certainly Napoleonic and add just the perfect touch of irreverence to a birthday gift!

A little touch of terraforming, using some off cuts of blue foam board and a piece of the fencing from the Perry’s farmhouse set, hopefully helps to convey the impression of those shoulder high crops around the cross roads on that fateful afternoon .

All that remains to do is to wish the ‘old fella’ a very Happy Belated Birthday! 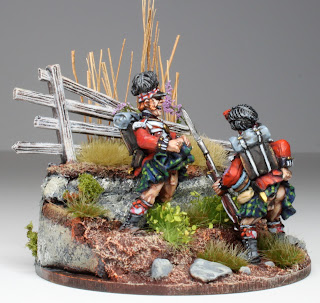