Through the Swamp - Part 2

The second part of my mini project to try and recreate an American Civil War trading card from the 1960s, sees the introduction of boys from the North!   Now I'm squaring this away by the fact that the conflict did at least fall during the reign of Queen Victoria, tenuous I grant you but it works for me. 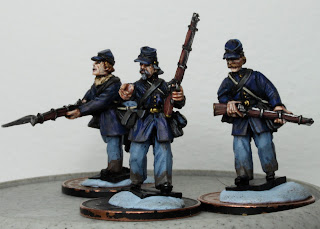 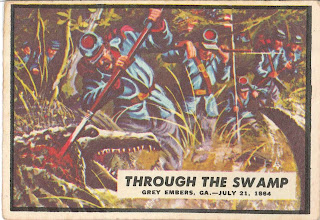 There certainly isn't a shortage of miniatures out there covering this period; Perry's, Foundry, Renegade so many to chose from but where to start?  I knew that I needed the troops to look fatigued and at least one had to be charging with a bayonet.  After quite a period of searching I happened upon Redoubt Enterprises' range that had just what I was looking for. 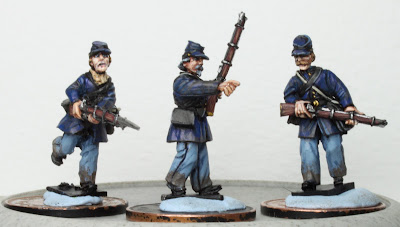 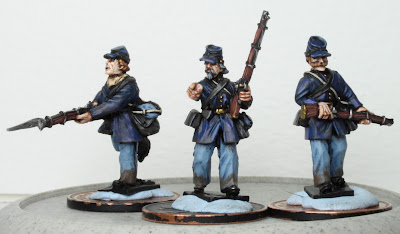 I have to say that I really enjoy painting Redoubt's figures, true they are not the tidiest sculpts out there but there is something very reassuring about their weight and the poses were perfect for what I wanted.  The soldier with the bayonet will be the brave soul taking on the Gator, while the others fight their way through the Florida swamps.
Decided not to go for the red top to the kepi, must be a creative decision on behalf of the illustrator as I don't seem to be able to find any referemce for it.
Posted by Michael Awdry at 13:51