"We've gotta keep our heads until this peace craze blows over." 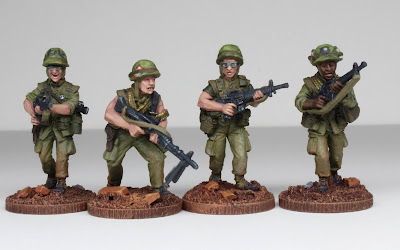 As promised I present for your delectation these rather splendid sculpts from 'Empress Miniatures', undoubtedly the catalyst for this recent sojourn in country.  The work of Paul Hicks Esq. they represent four of the characters from Stanley Kubrick's 1987 film, Full Metal Jacket, Joker, Cowboy, 8-Ball and Animal Mother. 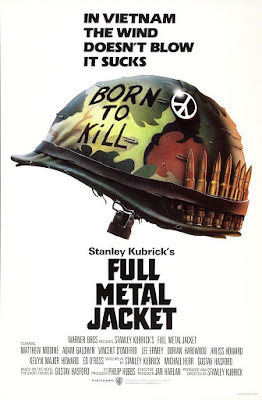 This episodic, seemingly two part, retelling of the Vietnam War details the cruel debasement of the raw recruits at the hands of their Drill Instructor giving way to the ferocious street fighting in the wake of the Tet offensive and remains oddly compelling to this day. 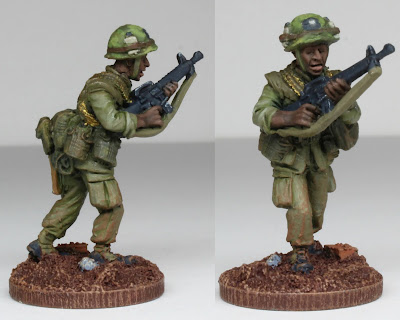 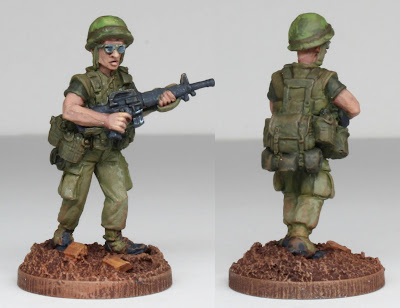 Likenesses aside, the miniatures are top quality with stacks of little details and fully equipped with web gear and armaments appropriate to the Corps at the time.  It has certainly helped cutting my teeth with the earlier miniatures as I now feel a little more comfortable at recognising the different elements, making painting a lot more enjoyable. 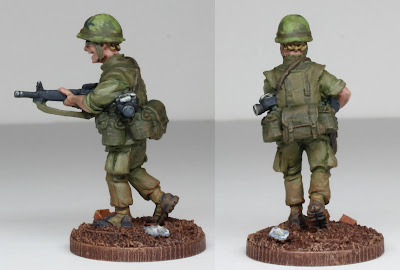 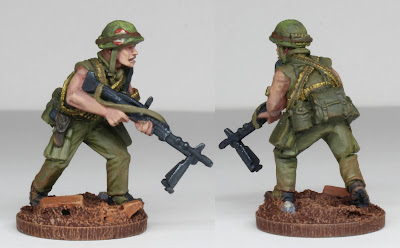 With regards to painting, green is once again the order of the day with the occasion highlight or shadows created with some 'Games Workshop' washes.  Where possible I would indulge in the odd detail or two, but ultimately the goal was to keep it simple and clean. 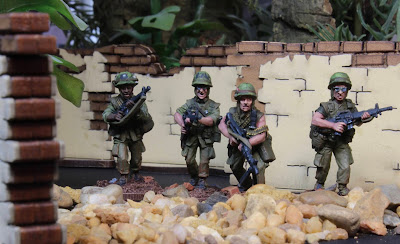 Joker, Cowboy, 8-Ball and Animal Mother have certainly helped to swell the ranks of the Free World forces and cemented my desire to continue with this diversion a little longer.  Coming up I have some North Vietnamese Army, again from 'Empress Miniatures' to act as opposition and I have also made a start on a piece of terrain as part of Dave Stone's, 'Summer of Scenery Challenge'.  Then, of course there is the PBR, which I spent assembling and detailing the other day.  Last count there were at least 50 separate elements and that didn't include the crew! 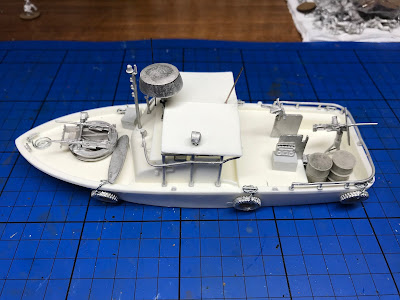