"I'm still only in Saigon." 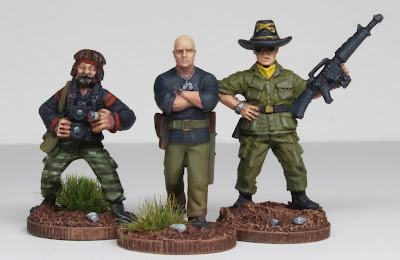 Having hinted that this post might have reference to Stanley Kubrick's work, I am acutely aware that I have served up a helping of Francis Ford Coppola instead!   Rest assured, gentle reader that the likes of Joker, Cowboy and Animal Mother are inbound, but first a collection of miniatures reminiscent of characters from, Apocalypse Now. 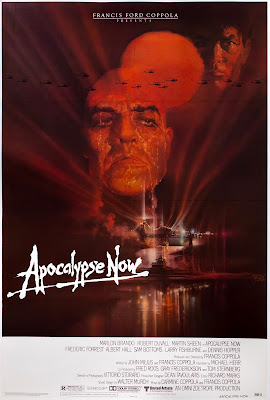 Young, Master Awdry was left confused and bewildered after his first viewing of the widely acclaimed masterpiece.  Now more aware of the subtle nuances, there is a greater appreciation of the Director's vision, one that seemingly increases with age.  Not to get bogged down in a hackneyed review here, I shall move, swiftly on to the miniatures themselves.  Three character pieces from three different manufactures, the first from 'Wargames Illustrated', Giants in Miniature range.  Listed as Lieutenant Colonel Will Killmore, there is no mistaking the likeness for the surfing aficionado, Lieutenant Colonel William "Bill" Kilgore.  One of the more memorable characters from the film, with his often misquoted monologue ending with the immortal line... 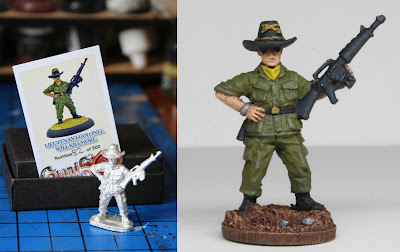 Next up a manic American photojournalist, portrayed in the film by Dennis Hopper, with this version available through 'The Assault Group'.  It is interesting to see the development of sculpting and casting in comparison to the other, more recent efforts, but that doesn't make this offering any less enjoyable.  In fact of the three, this proved my favourite to paint, not least because of the opportunity to try and replicate the tiger stripe camouflage effect. 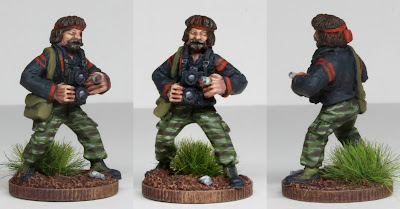 Finally a sculpt available from 'Studio Miniatures' listed as Abel Kane, a possible leader for their Street Gangs range.  On closer examination this is a wonderful likeness of the infamous Colonel Walter E. Kurtz, as portrayed by Marlon Brando. 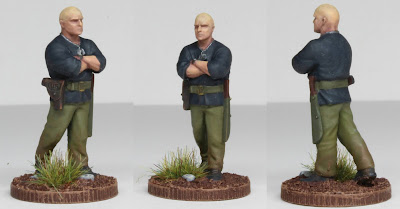 Kurtz being the target of the operation as a Special Forces officer that goes rogue, running his own unit based in Cambodia and feared as much by the U.S. military as by the North Vietnamese and Vietcong. 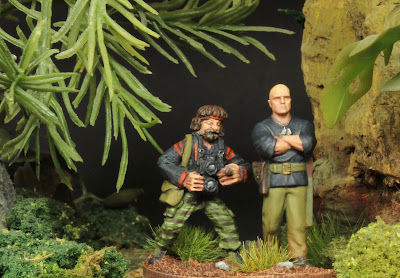 Purely as an aside, I have treated myself to the rather wonderful PBR from 'Empress Miniatures'.  Pure indulgence, but I included the crew, so expect more Apocalypse Now, before the end of the summer! 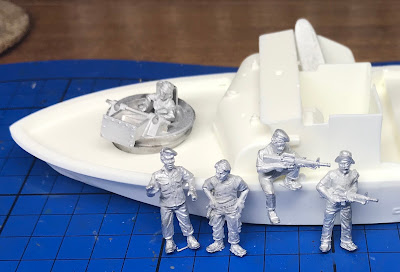