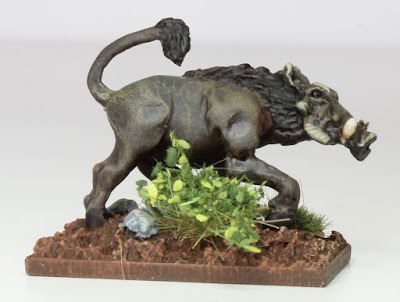 My apologies to those of you that now have the somewhat annoying tune from Disney's The Lion King rattling around your head*.  For some reason the phrase just popped into my brain whilst painting a couple of Warthogs from 'North Star Military Figures'.  Using the Congo rules, the exploration of the Dangerous Terrain runs the distinct possibility that your intrepid explorers might come across some local fauna and so I went in search of various likely candidates to represent them, if such an occurrence were to happen.
*For those not yet aware of said ear worm, I have placed a link for your enjoyment at the bottom of the page. 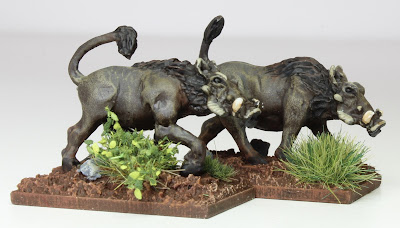 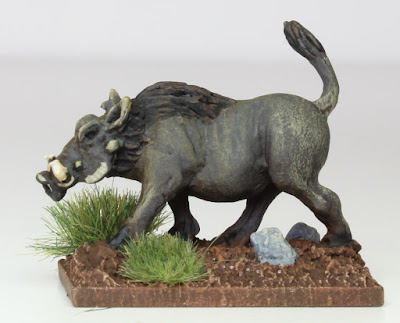 Along with the Warthogs, I needed a Leopard and fortunately North Star came to my rescue again, with a particularly nice sculpt from their Africa range.  Looking at the photographs, I don't seem to have managed to get just the right colour for the skin, it appears a little grey.  Fortunately it does look a little brighter in the flesh and so I am more than happy to live with it for the time being. 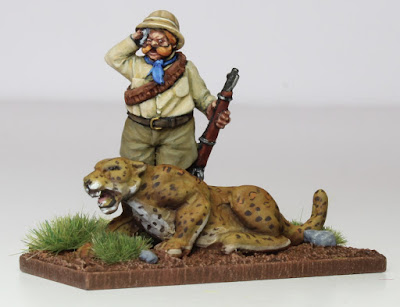 Finally a great snake was required.  I had considered heading to Poundland again in the hope that they might have some cheap plastic toys that I could use, but I was reminded of the Great Snake that I had painted from 'Otherworld Miniatures'.  My first attempt had been painted to represent a South American Anaconda and so wasn't really appropriate for the jungles of the Congo. 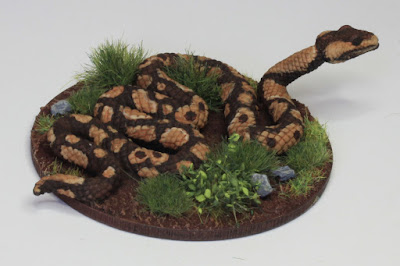 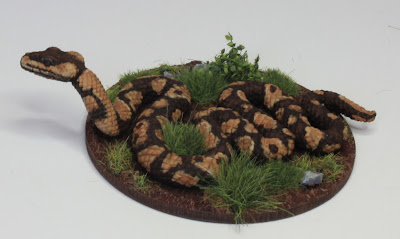 I couldn't bring myself to repaint the original version and so in the end I decided to treat myself to a new model, this time painted to represent the mighty Royal Python, a nonvenomous, constrictor of sub Saharan Africa.
All that remains is to leave you in the capable of hands of Timon and Pumbaa,