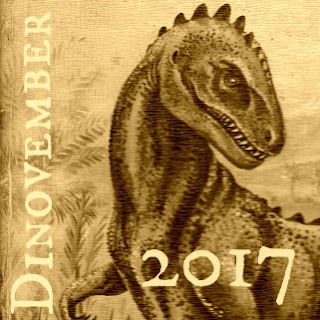 Hot on the heels of last week’s 'Mighty Megalosaurus', I present, for your delectation, the fearsome Tyrannosaurus Rex! 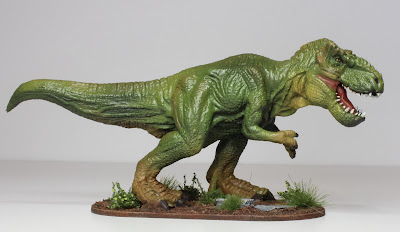 This most wholesome of hobbies is blessed with a community of hugely generous souls.  One such person is Roger Webb, who last year, quite inexplicably, packaged up a Christmas gift and sent it on its way to Awdry Towers.  Well I am delighted to report that, ‘Junior’, as he has been named by the ‘Saintly Mrs. Awdry', has finally been completed and is ready to take centre stage in all manner of prehistoric pulpiness. 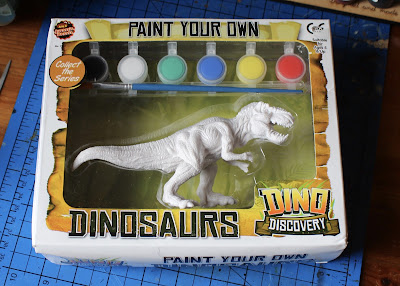 Unlike the hard plastic of the Megalosaurus, the Tyrannosaur is made from a substance with a little more give to it, more akin to the ‘Reaper Bones’ material.  That said it seemed to take the undercoat reasonably enough and was then given the now standard application of a couple of varying tones of green using Vallejo Model Air. 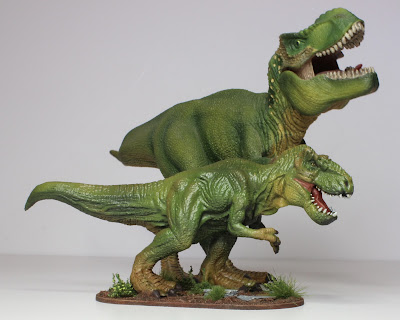 The sculpt is particularly fearsome and really nicely done, not dissimilar to my beloved 'Schleich' Rexie, not dissimilar apart from, of course, his stature!  Given their uncanny resemblance it seemed to me that Junior should be painted in such a way that he could be the offspring of the towering 'Scheich' version. 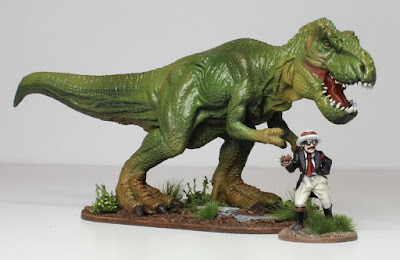 Again as with the previous post the initial base layers were added to with some dry brushing followed by picking out the details with a fine brush.  All went swimmingly well until it came to the varnishing stage.  My preferred matt lacquer has reacted in an odd way with the plastic leaving me a slightly ‘tacky’ dinosaur.  Interestingly it has dried as normal around the feet, but the upper body is strangely sticky.  I would like to say that the stickiness is abating, but I am not entirely convinced and I shall have to continue to pat down my tacky Tyrannosaur for the time being.  Unnerving texture aside, which I should clarify is all my fault, I am rather pleased with how Junior turned out and must, once again, thank Roger for his very generous gift. 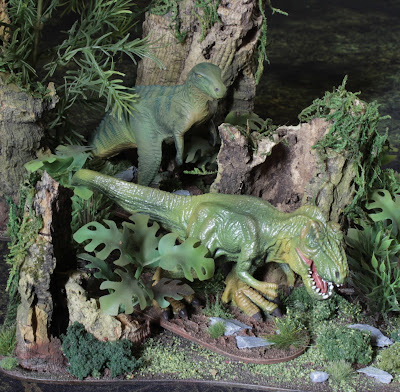