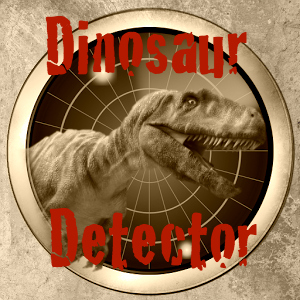 It will not have escaped many, that I have a ‘thing’ for dinosaurs.  I’m not sure why, but as a small chap something about them sparked my imagination.  The different shapes, the different sizes, the ridiculously long names that a precocious young Master Awdry seemed to be able to reel off at will, all combined with a heady mix of fear and mystery; yes it is true, everything is better with Dinosaurs.

Now a tad older, if not wiser, this love of all things prehistoric is as strong as ever and occasionally the passion is indulged.* One such indulgence is the recently discovered Dinosaur Detector™ – surely every Dinosaur lover’s perfect gift?
* The less said about the six foot inflatable Tyrannosaurus Rex that resides in my study at school the better!
I can’t deny that I was a smidge sceptical when I first saw this listed on a well known internet auction site, the scepticism somewhat heightened when I recently discovered that the company has changed the listing description, which you can see here, but all said and done this did present a thoroughly reasonable investment.

In a fit of childlike enthusiasm, I brushed aside all doubts and clicked ‘buy now’ and didn’t give the matter another thought until, that is, the Dinosaur Detector™ arrived on the doormat of ‘Awdry Towers’.  The excitement was palpable as I fell upon the package and in a ripping frenzy only matched by the king of lizards himself unearthed my prize!  Following the instructions to the letter I carefully filled the dinosaur detector with water and waited… 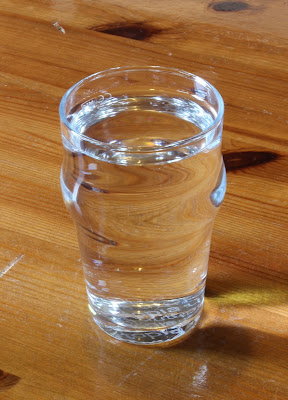 and waited, and waited.  In fact just when I had given up all hope and had started to scour the company’s webstore for a returns policy something amazing happened – another shudder and it was clear to all, the dinosaurs were coming! 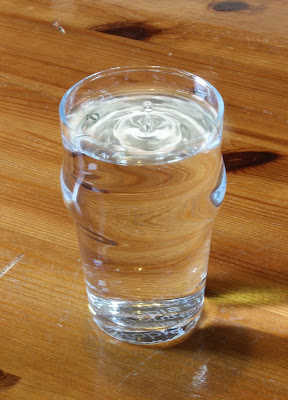 Now good reader you have been patient for long enough so it is only fair that I share with you my record of this morning’s adventure.  I leave you with incontrovertible proof that my Dinosaur Detector™ is fully operational and hope that you enjoy the rest of this first day in April. 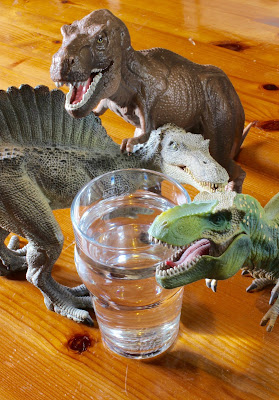 Post Script
To see another Dinosaur Detector™ in action you might be entertained by the following link: "Where's the goat?"