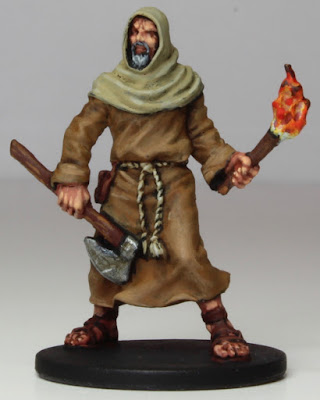 Now it might just be me*, but Brother James, my latest Zombicide Black Plague survivor, seems to bare an uncanny resemblance to a certain Scotsman's portrayal of Friar William of Baskerville in Jean-Jacques Annard's The Name of the Rose.

This was another one of those films that had a lasting impact on the 'oh so serious' young Master Awdry, but it wasn't until much later on that I managed to tackle the splendid book, of the same name, by Umberto Eco.  Whilst an incredibly worthy piece of literature, brimming with biblical analysis and semiotics we will be referring to the celluloid interpretation for the purposes of this post.

*Although somehow I doubt it. 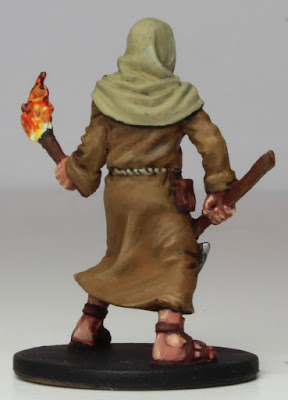 For those who have yet to experience this little gem, The Name of the Rose, is a murder mystery set in an Italian monastery in the year 1327, stick with me, it's better than it sounds.  Sean Connery wonderfully hams up the role of William of Baskerville**, the mentor to a young Christian Slater's Adso.

The pair set about unraveling the clues in order to explain the mysterious death of a talented manuscript illuminator.  As the death toll rises the Abbot is forced to employ the services of the, quite brilliant,  F. Murray Abraham as Bernardo Gui of the Spanish Inquisition.  Twist and turns abound, with ancient Greek texts, labyrinthine secret libraries and of course the delectable Valentina Vargas as the 'Rose' - what more could an impressionable sixteen year old wish for?
**Love or loathe him, the man has genuine screen presence. 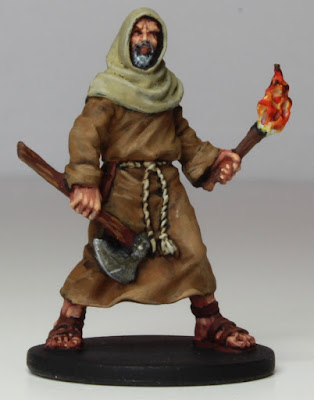 To this day it still looks good, with some great performances, but I have a feeling that it was not quite the epic piece of work the director had hoped for.  Umberto Eco himself damned the production with faint praise, referring to it as, "a nice movie".***  For me, however, it was pure escapism and one of those films that I am more than happy to revisit when given the opportunity.
***"A book like this is a club sandwich, with turkey, salami, tomato, cheese, lettuce. And the movie is obliged to choose only the lettuce or the cheese, eliminating everything else – the theological side, the political side.  It's a nice movie" - The Guardian 2011 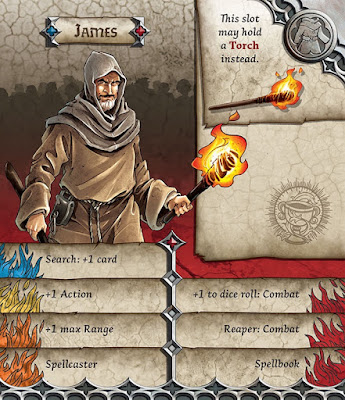 Returning to point of the post, Brother James/William has been selected for his starting skill of Search, allowing him to draw an extra card when searching.  Combine this with his ability to hold a torch in his armour slot and our benevolent Brother will provide the team with three equipment cards every turn - just what every beleaguered survivor wants to hear!  When it came to painting, I was inspired by my good friend, Stefan's interpretation which is well worth a look here.  He has done a stunning job on James' face, remarkable work.

William of Baskerville: But what is so alarming about laughter?
Jorge de Burgos: Laughter kills fear, and without fear there can be no faith, because without fear of the Devil there is no more need of God. 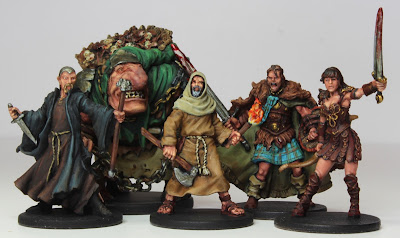