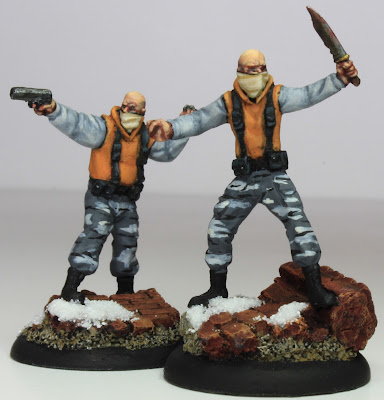 No, not a post about explicit waterbirds, but after the silliness of the 'Duck Tank' post I'm back on track with the last* of my Penguin Crew thugs; Blue Penguin#1 armed with a hunting knife and Blue Penguin#2 brandishing his pistol and knuckle duster.  Not the most imaginative of monikers, but they will suffice for the time being.
*for the moment anyway! 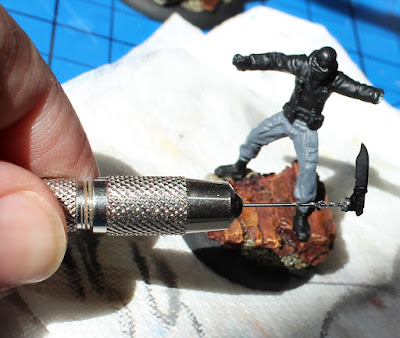 I have made comment before regarding my love/hate relationship with 'Knight Models' Batman miniatures and here we have another example of the ludicrous casting.  Blue Penguin#1's hand, brandishing the hunting knife, is actually a separate piece and given how small it is I decided to risk the greensuff and superglue approach as opposed to pinning.  All seemed to be holding fast until part way through the painting process Blue Penguin#1 took a tumble and sure enough the hand fell off!  Cursing,** I reached for my pin vice and set about doing what I should have done to begin with.
**Perhaps Blue Penguin is a suitable moniker after all! 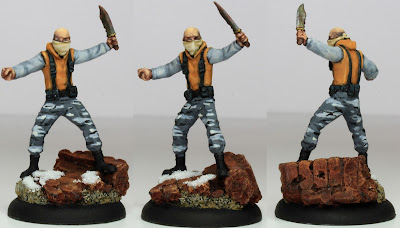 Still, we got there in the end and ultimately I'm quite please with the results, although the casting on Blue Penguin#'s right hand is a little poor, masking all detail there; definitely check this out if you get the option to see the pack before you buy.  This 'little and large' duo are almost comical in their appearance and I have a certainly affinity with the heavier set chap sporting such a splendid haircut. 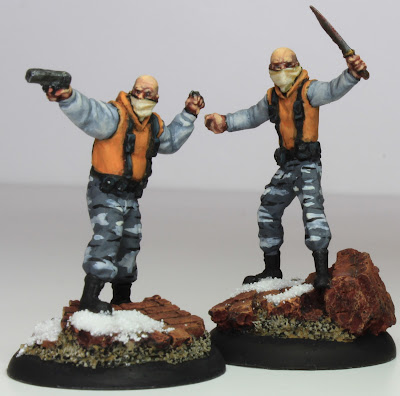 So with only a couple of days until the Batman comes calling, I need to firm up the crew for Sunday's game.  As this will be the Penguin's first outing we are keeping things simple and starting with a 200 rep game, which should in turn generate $1000 ($1500 for me because of Penguin's Lord of Business trait).  I have spent some time on the 'Bat-Builder', but any advice is always gratefully received.  Below is what I'm thinking of starting with and I was hoping to load up Royal Penguin with the extra ammo and grapple gun, if that was allowed? Clicking on the image should make it bigger. 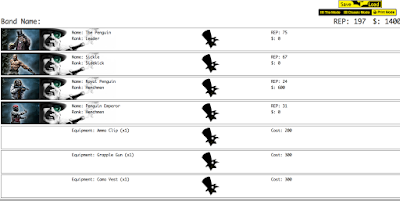