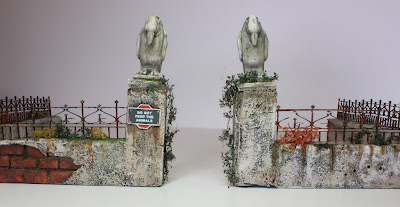 I've been meaning to get around to this post for a while now, but what with the spectre of the new academic year looming large, hobby time has been in rather short supply.  From the outset of my foray into the world of 'Batman Miniatures Game' I was keen to build a board that set the scene for the character that I intended to play with.  Having seen, and been inspired, by Bull's 'Funfair' for his Joker crew, I wanted a deserted zoo for my Penguin.  I had some convoluted ideas for a deserted pool, half filled with stagnant water, eerily lit with LEDs, but all this came to naught, but I was desperate to have some indication of a once great attraction. 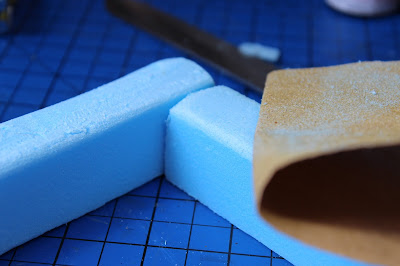 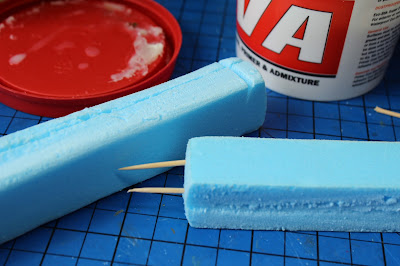 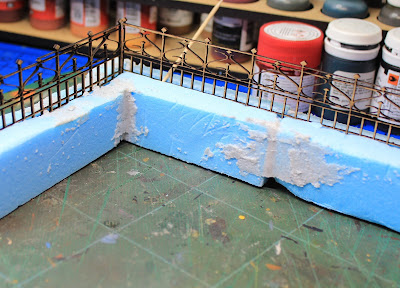 So on to the build, off-cuts of blue foam were roughly hewn and the edges sanded.  Using cocktail sticks to hold the structure together they were given a healthy dollop of PVA glue to bind them.  Once dried a rough channel was cut across the top to insert some rather lovely laser cut railings that I had picked up from 'Fenris Games'.  I understand that they are no longer going to offer this service, so if you are after some, best go and see what they have left.  Any gaps were filled with lashings of pumice gel, which also helped to give a  bit of texture the piece. 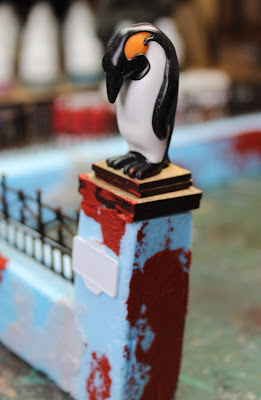 More architectural details were added in the shape of Column tops*, signs**, and the crowning glory - a couple of Playmobil Penguins!  Some red oxide paste was added to fill the gaps and again to lend texture as I was envisaging a rendered brickwork construction. 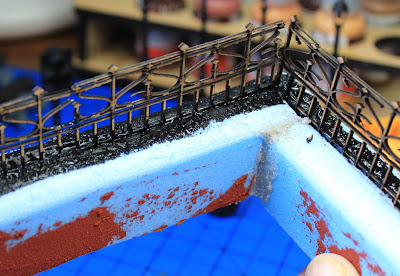 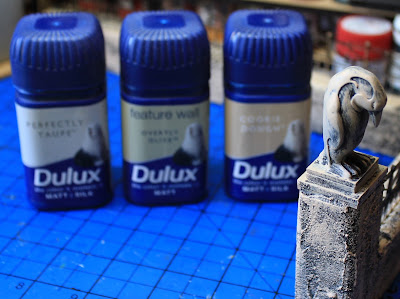 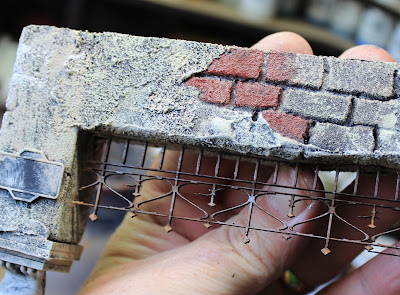 Finally the painting stage saw everything base coated in black, before a succession of Dulux tester pots were applied.  These were the same colours that I had picked up for using on my 'Tough Terrain' piece so I was confident that both elements would hold together quite well.  The railings were simply dry brushed with a little Vallejo oily steel, before given some rust effects.  I had used a biro to mark some bricks behind the render and just picked these out with appropriate colours, hopefully selling the illusion of a crumbling structure. 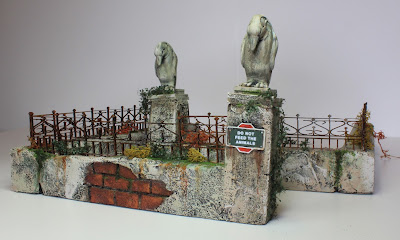 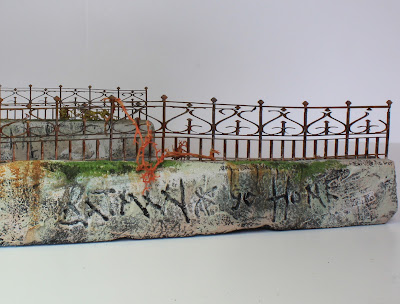 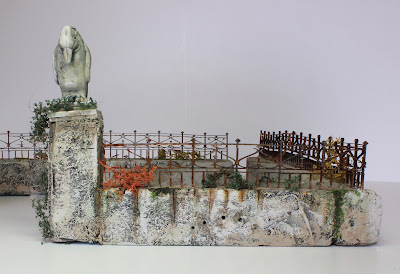 Final touches included some foliage, ivy wrapping itself around the columns, even rust stains on the render; along with touches of frippery with a 'Do Not Feed The Animals' sign, some graffiti and even a few bullet holes - Gotham has become a dangerous place for the unweary! 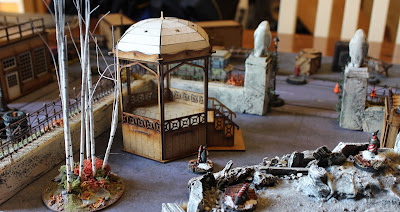 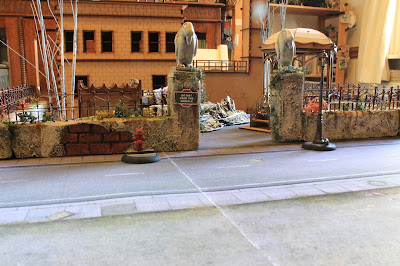 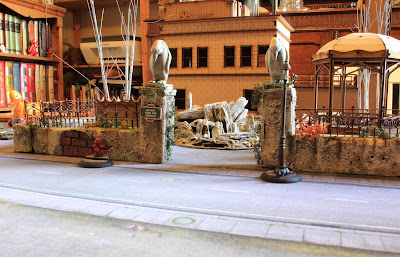 I was surprised how quickly the piece came together and it was wonderful to see it take its place on the board.  Perhaps not quite what I had envisage initially, but enough to get the idea across that this was the Penguin's home turf - Batman beware!