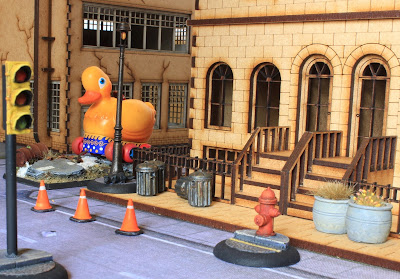 With the release of the public examination results last week my attention, quite rightly, has been drawn towards work, but in a brief moment of calm, I thought I would just post the following by way of documenting my progress.  The Batman Miniatures Game, by 'Knight Models' requires certain elements of street furniture to be included in the set up of the table, namely lamp posts and sewer covers. These play an integral part in the game as, set in the dead of night, the illumination from the posts aids shooting, whilst the sewers add the possibility of characters traversing the board through the subterranean tunnels. 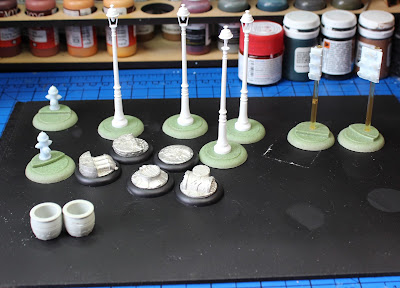 'Knight Models', of course, do their own lamp posts and drain covers pack, but having seen many splendid examples of home grown variants, I was keen to have a go myself.  As usual though this led to considerably more bits and pieces been added along the way.  PulpCitizen of 'Eclectic Gentleman Tabletop Gamer' fame led me to the Tamiya 1/48 scale roadside set, which has four plastic lamp posts as well as a plethora of other bits and pieces that I am sure I will find a use for at some point.  Given their lightweight construction they sit comfortably atop some 'Fenris Games' resin bases without fear of toppling over. 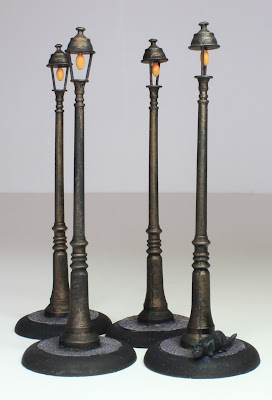 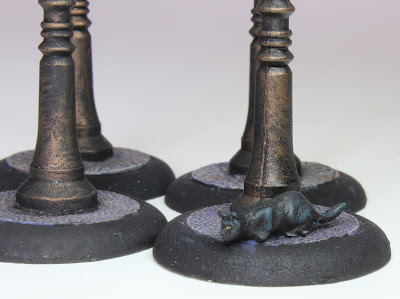 The lamp posts were simply sprayed black and then given a quick dry brush of Vallejo Game Colour Tinny Tin, one even had a little added extra on the base!  Also from 'Fenris Games' were some of their resin wide mouthed jars, with added tufts to look like weeds and some dustbins. 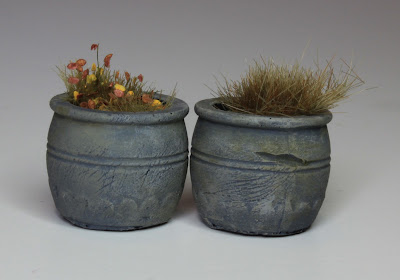 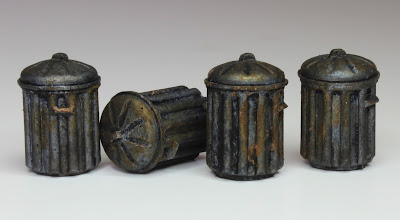 You potentially need six lamp posts, depending on the outcome of a dice roll and so I added a couple of traffic lights to make up the numbers.  These were part of my 'Mars Attacks' Kickstarter although I abandoned their original bases in favour for more from 'Fenris Games'.  As I was putting together the traffic lights, I stumbled across these rather lovely fire hydrants from the same pack and decide that they were too good not to be included. 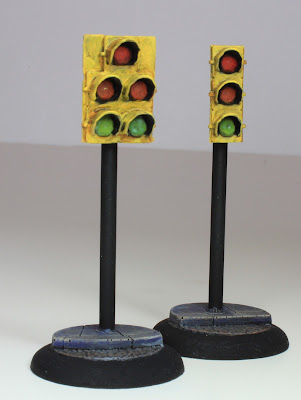 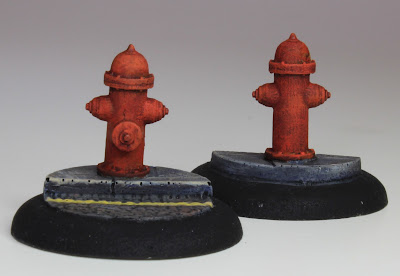 Added to the mix were some rather fiddly traffic cones from the recent 'Studio Miniatures' Kickstarter and a much more substantial tyre wall from 'Ainsty Castings'. 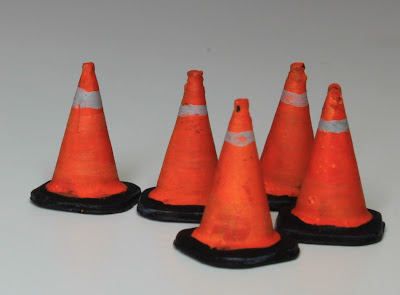 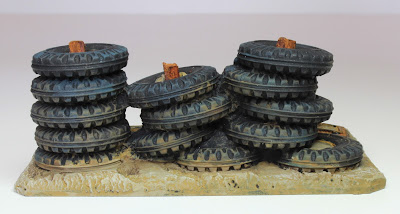 Finally the sewer markers, these were from the 'Wryd Games' Malifaux range and designed as bases for their various miniatures.  Wonderful designs and a good weight they were great fun to paint up with lashings of toxic goo and rust effect.  As with the lamp posts there is the potential that I need six of these so I do need to find an additional marker at some point. 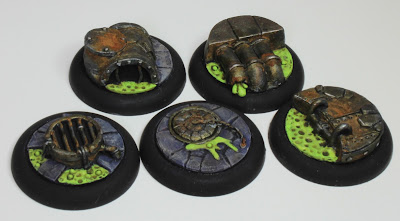 Finally a group shot of all the bits and pieces assembled just in the ink of time for the game, at least now I have them for our next encounter. 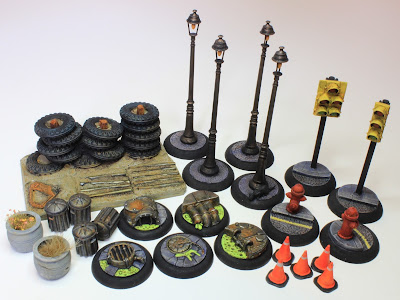