Unleash the Hounds of Hell! 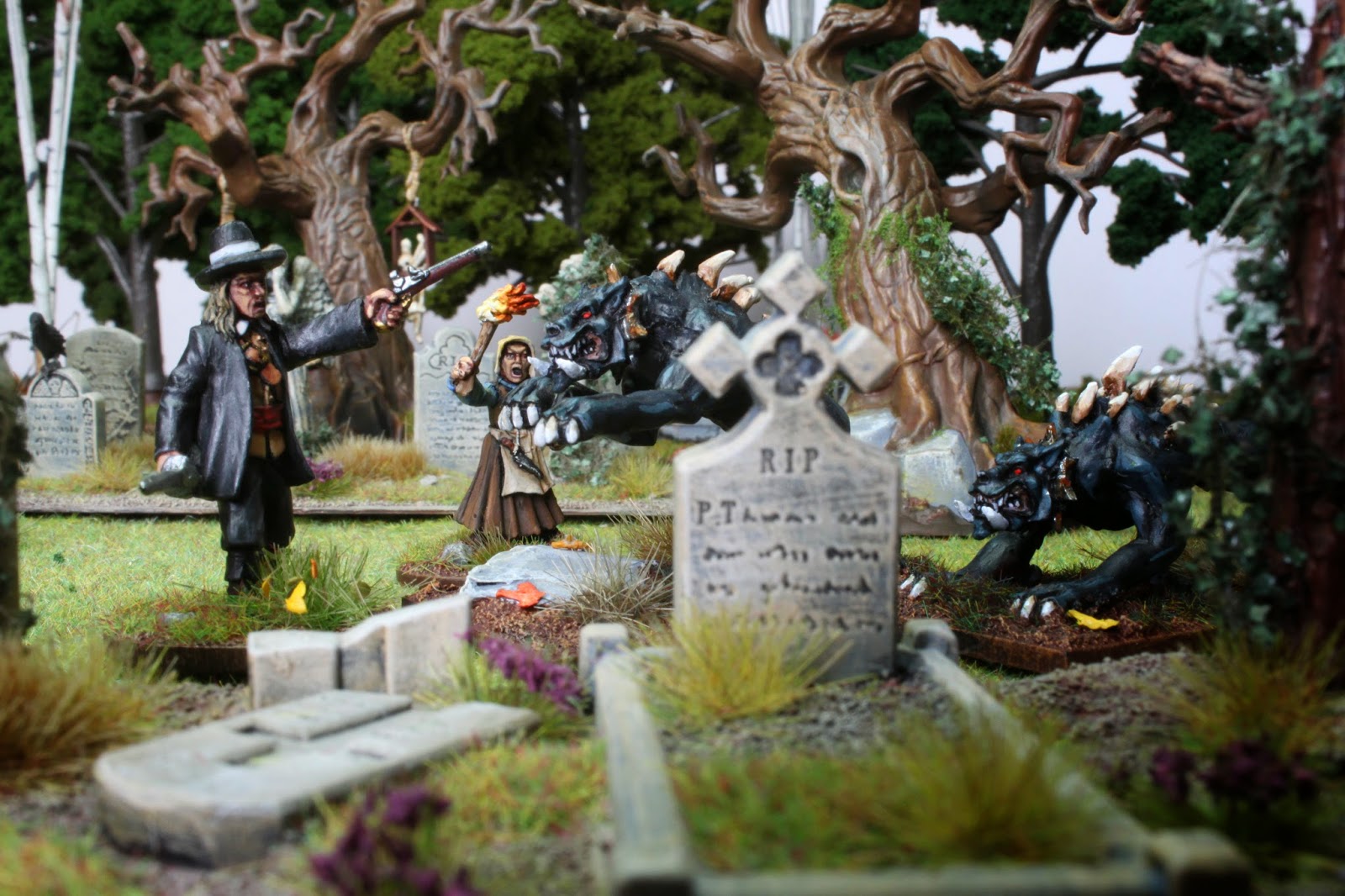 Those of my beloved readers that work in the education sector will appreciate just how fraught this time of year can be.  That's not to say that it things are bad, just busy and consequently I have had little time to devote to the blog.  In a bid to keep the readership entertained, I have a preprepared post for just such an occasion, but must apologise from the outset, as this is going to be a very picture heavy post!  It is with some relief that I am happy to post these completed Barguest.  What, you may ask, is a Barguest?  Well to quote directly from the 'Witchfinder Rule Book' they are,

"The feared gigantic demon dog - bred by the vampire to serve and protect.  These foulest of creations cause terror to anyone that has displeased their master.  The barguest can move at the speed of the fastest steed, its powerful jaws render limbs from a man with ease and razor sharpened back bones can disembowel a horse at the gallop."

So, the Barguest, a terrifying spectral hound, with fierce, flaming eyes and frightful table manners has cemented its place in English folklore with sightings throughout the country, but with a predominance to the bleak moors of Yorkshire Dales. In fact the legend of a monstrous black dog is believed, by some, to have been the inspiration for Sir Arthur Conan Doyle's, 'The Hound of the Baskervilles'. 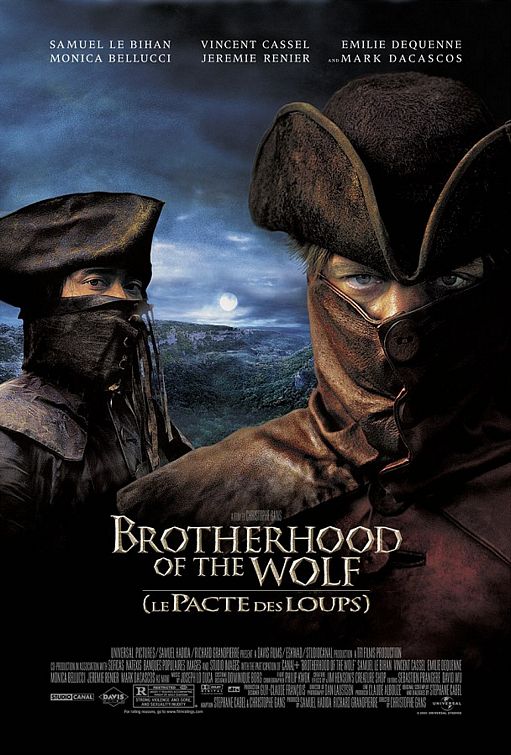 For me these Hell Hounds brought to mind the legend of the Beast of Gévaudan, where an animal of unknown origin described as having, "a big head, reddish flanks, a black stripe on its back and a thick tail", terrorised an area of France in the Margeride Mountains between 1764 and 1767. The legend has subsequently been brought to life in the oh so French, but oh so wonderful 'Brotherhood of the Wolf''. A film by Christophe Gans, this is a strange creation fitting, as it does, into a multitude of genres namely, French, historical, horror, action and even martial arts. Starring Samuel Le Bihan, Mark Dacascos, Emilie Dequenne, Vincent Cassel and the eminently watchable, Monica Bellucci - certainly worth a look if you not come across it before. 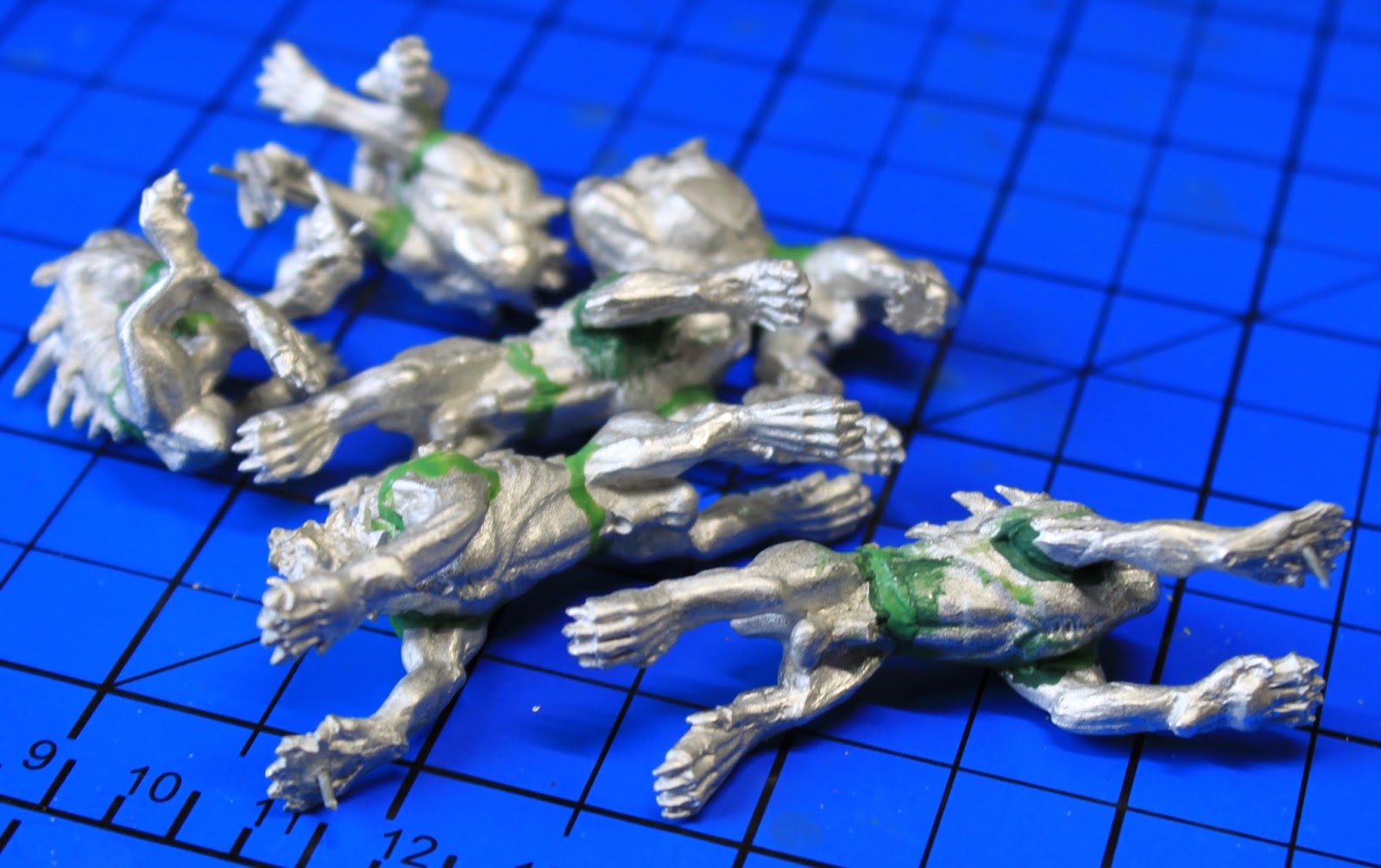 My Barguests are in fact Hellhounds from 'Heresy Miniatures', which seem to be my 'go to' company for the forces of evil!  You have a choice of four different poses that will require some modelling skills to put together.  Lashings of green stuff and super glue did the job for me, but what I hadn't realised when I originally picked them up at 'Salute 2014' was that there is also a choice of heads too!* 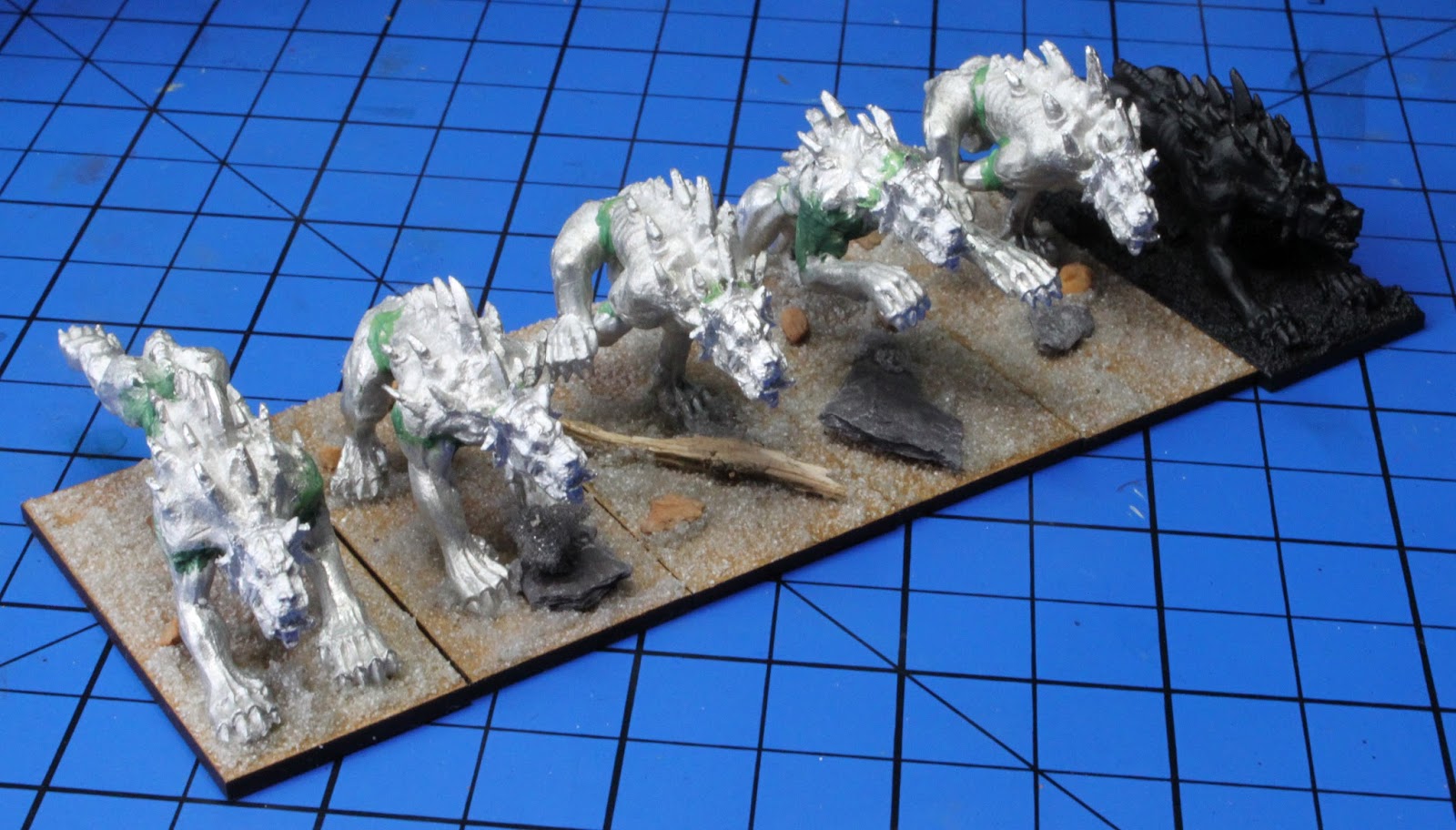 It wasn't until I finally sat down to work on them that I realised my oversight and although the random selection of heads that I had amassed were perfectly serviceable, I just fancied a bit more uniformity.  Fortunately for me the very splendid Andy Foster of the aforementioned 'Heresy Miniatures' was able to sort me out with a matching set of 'Evil Scoobie' heads to complete my build.

Having pinned them to some 'Warbases' MDF cavalry bases and undercoated with my favoured black spray the rest of the colour scheme rather chose itself; raven black fur - check!  Razor sharp back bones - check!  Fierce, flaming red eyes - check! 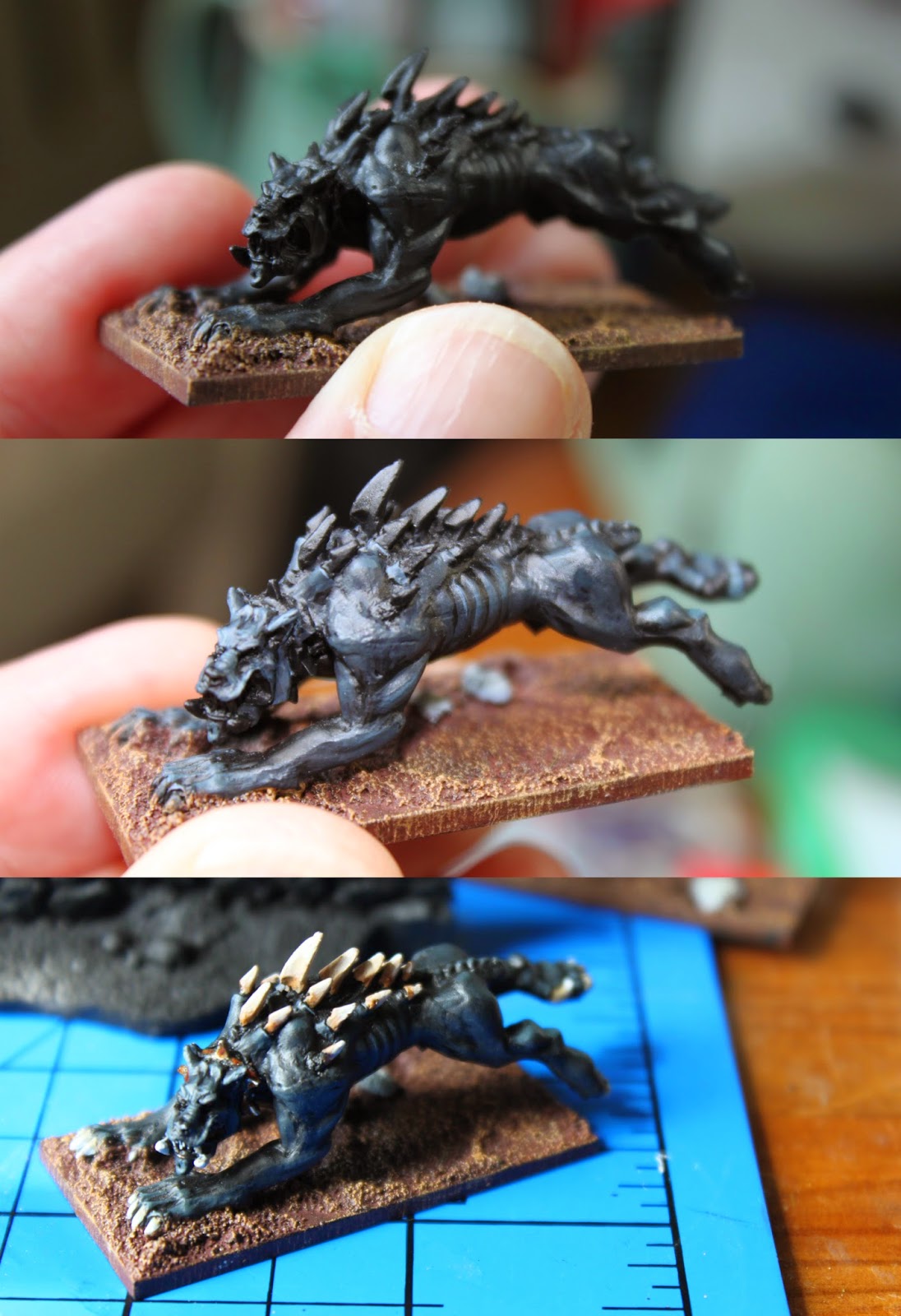 In essence the painting was all fairly straightforward, but I do finding making black look interesting a challenge.    I did take a bit of time to match their bases to those of the 'Noctelinger' that I had done earlier and, as mentioned before, the Heresy miniatures do take a bit of work, but are certainly worth the effort.  Wonderful sculpts with subtle variations in pose, not to mention all those head choices give so many options when it comes to putting a pack together. 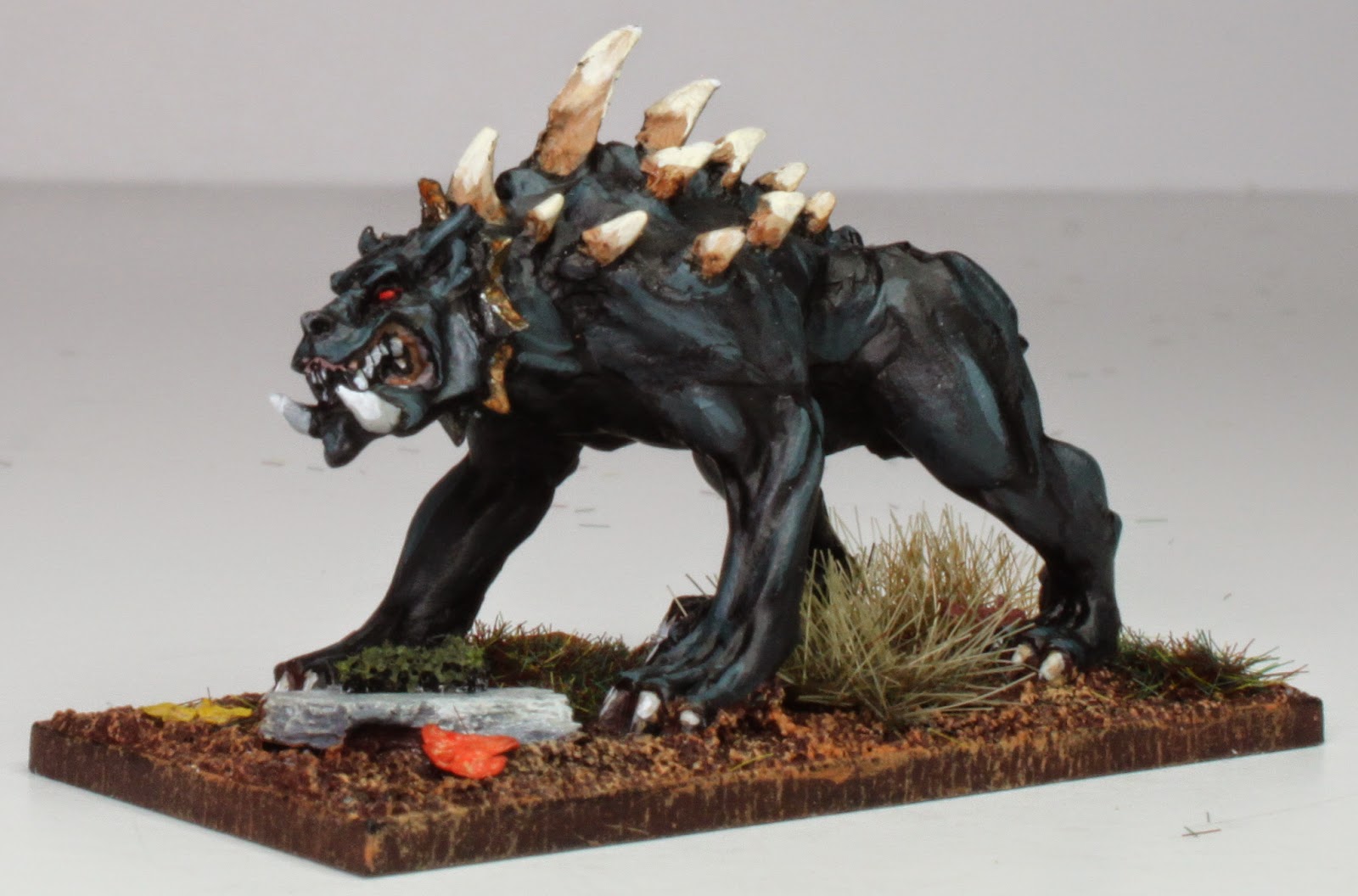 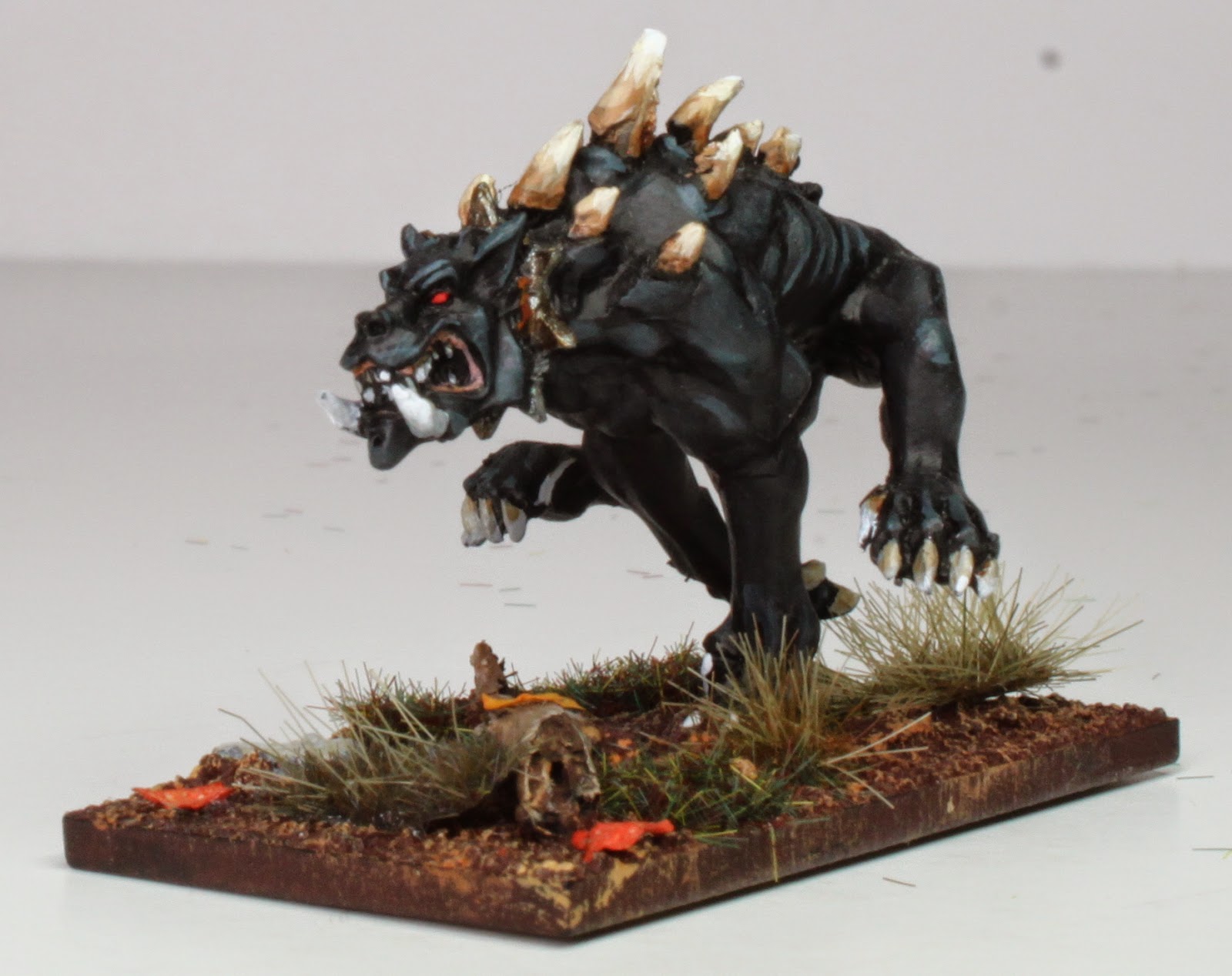 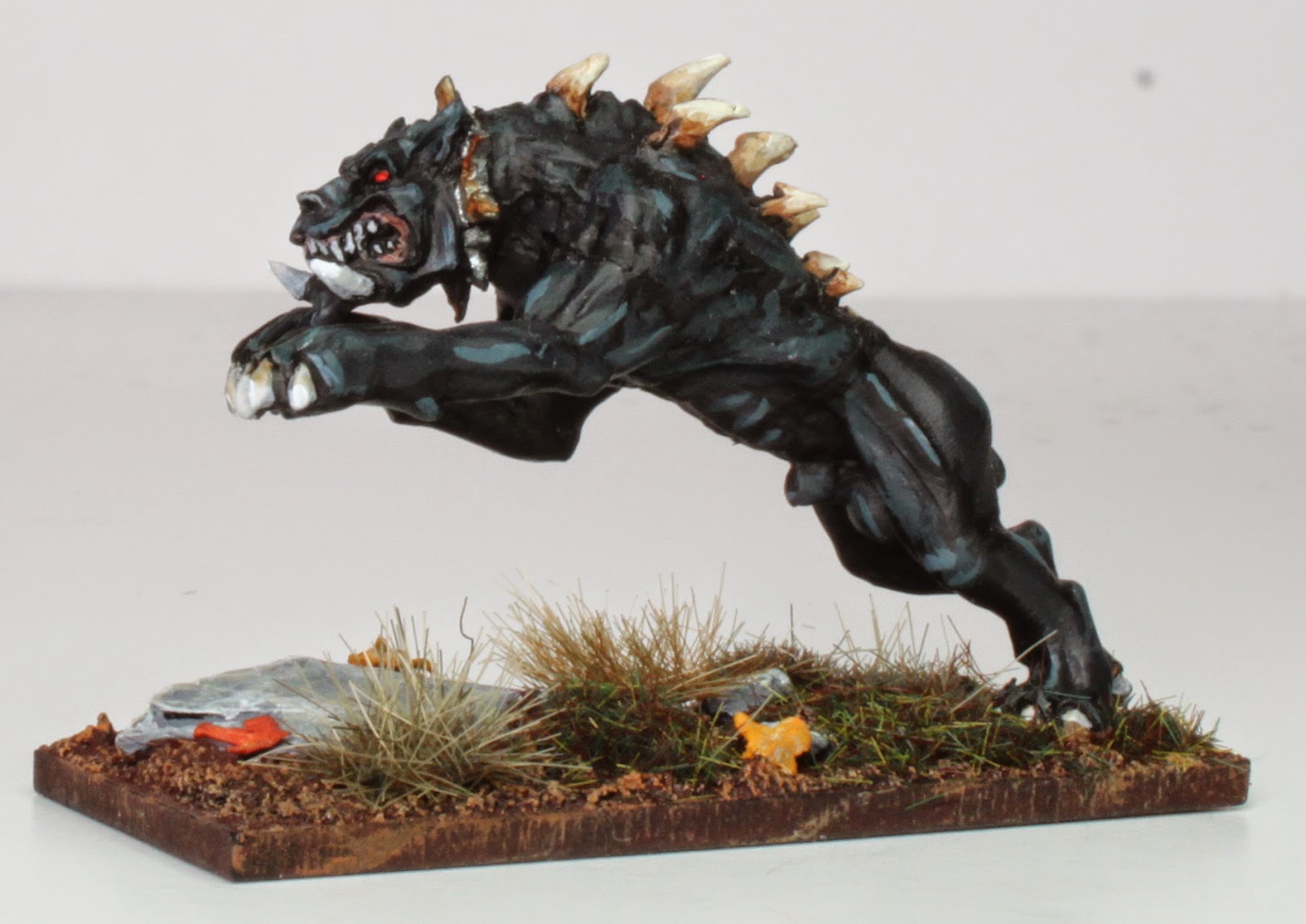 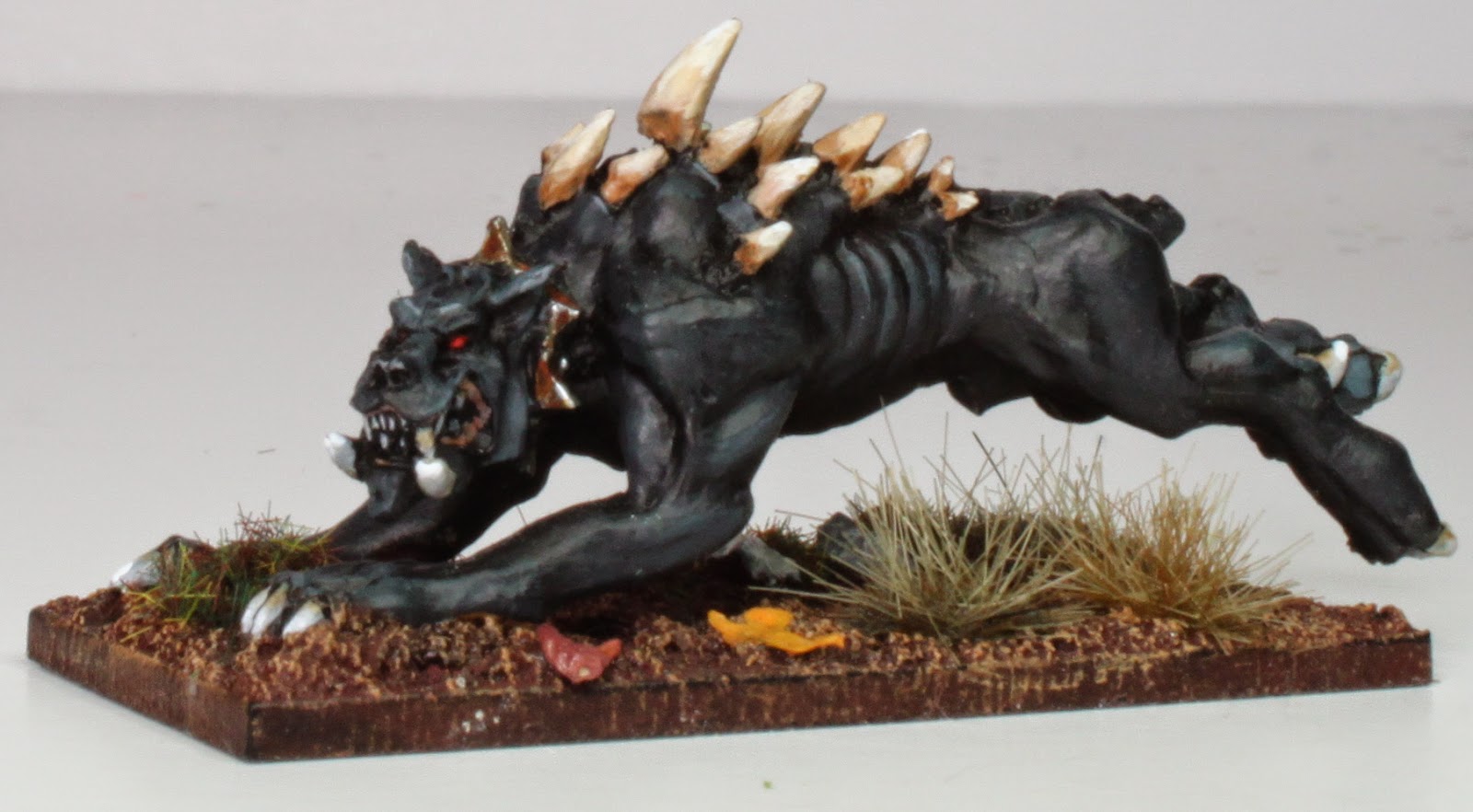 "There is a foul stench on the air tonight, carrying with it a howl so terrifying that any would be traveller would be wise to seek the safety of their home as the Barguest was abroad. Flushed from the shadows by the guttering torch, the red eyes glowered at its intended prey. With unnatural pace and strength the beast powered forwards leaving only enough time for a single shot; the puritan levelled his pistol, composed himself and fired…" 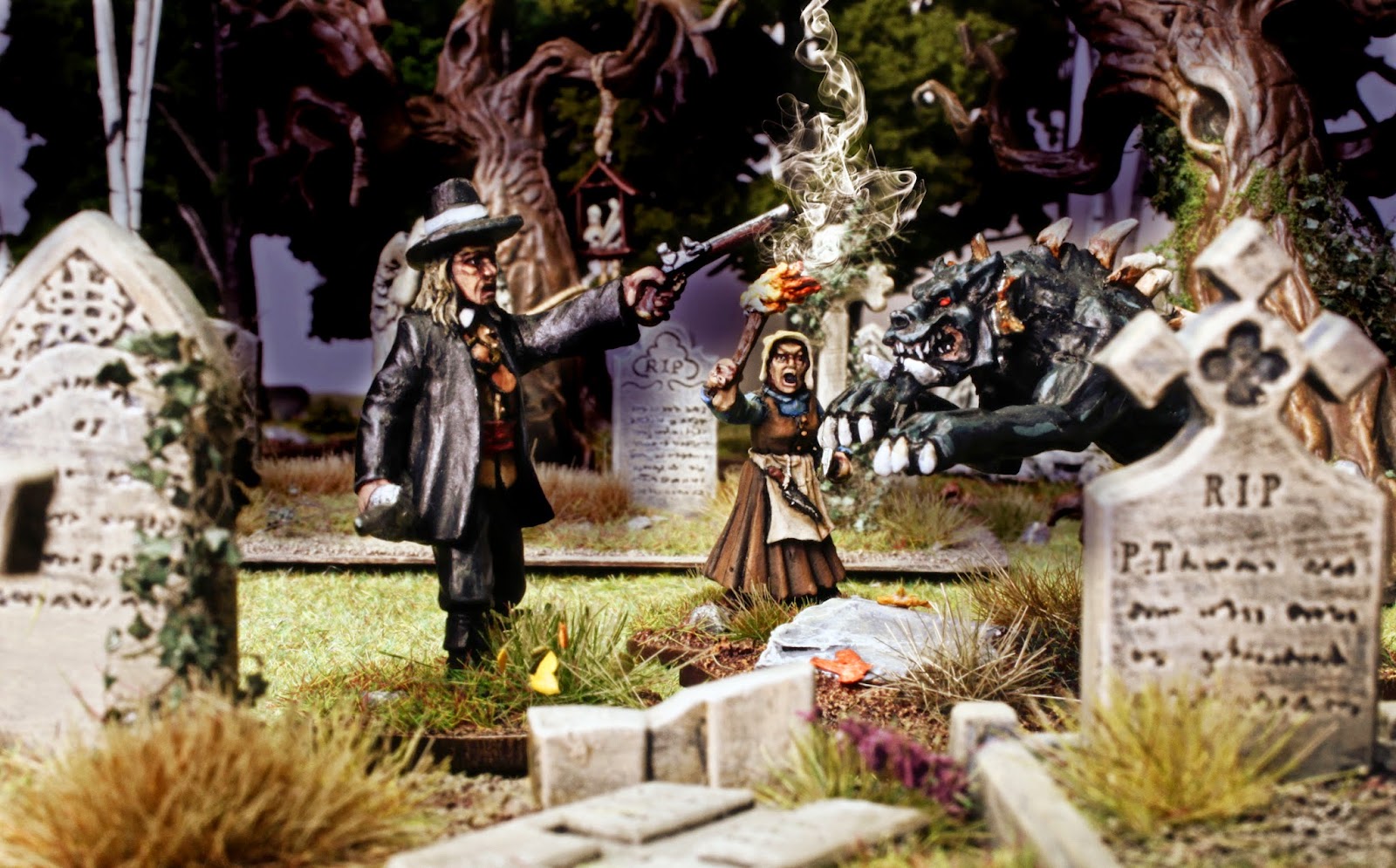