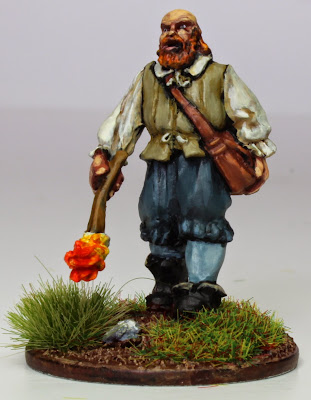 I've made mention in the past at just how frustrating I found these 'Warlord Games' Clubmen as the miniatures themselves are horrible to prepare. So much flash and so many mould lines, especially in what is a relatively new line of models. Still, a saving grace is the character that they manage to squeeze into them and when painted they do really look rather good.  With regards to painting, I need to add at this point that I have been hugely influenced by the tremendous work of 'Stone Cold Lead' in fact much of the colour palate that you see here is lifted directly from his versions, they really are sublime.

What I hadn't realised when assembling the team was just how many follicly challenged men were in the club! For the life of me, I can't remember if the pack came with alternative headwear or if you had to buy these as an optional extra from 'Warlord Games'* but not to worry, especially given that I sport a similar hairstyle!

*I suspect the latter 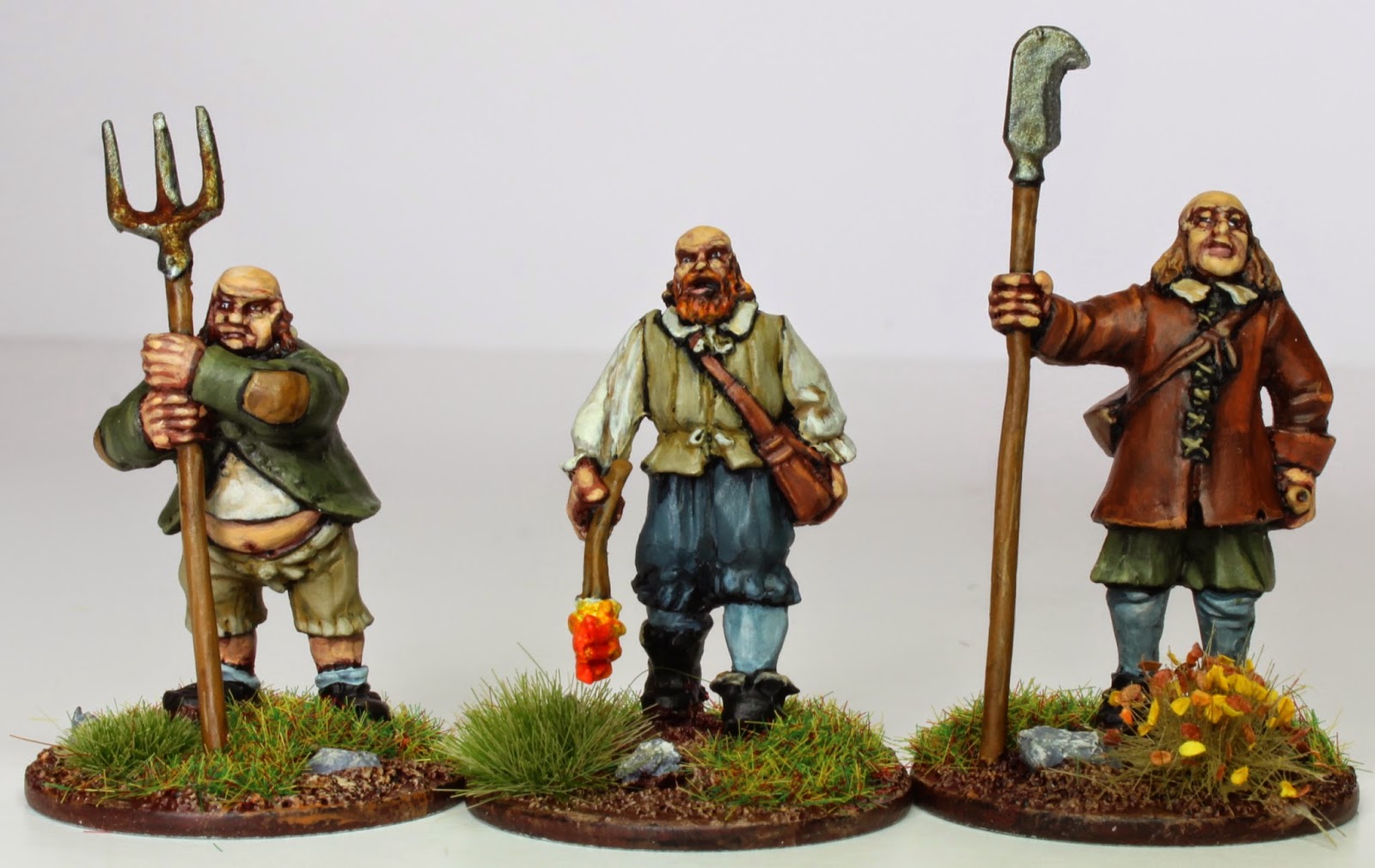 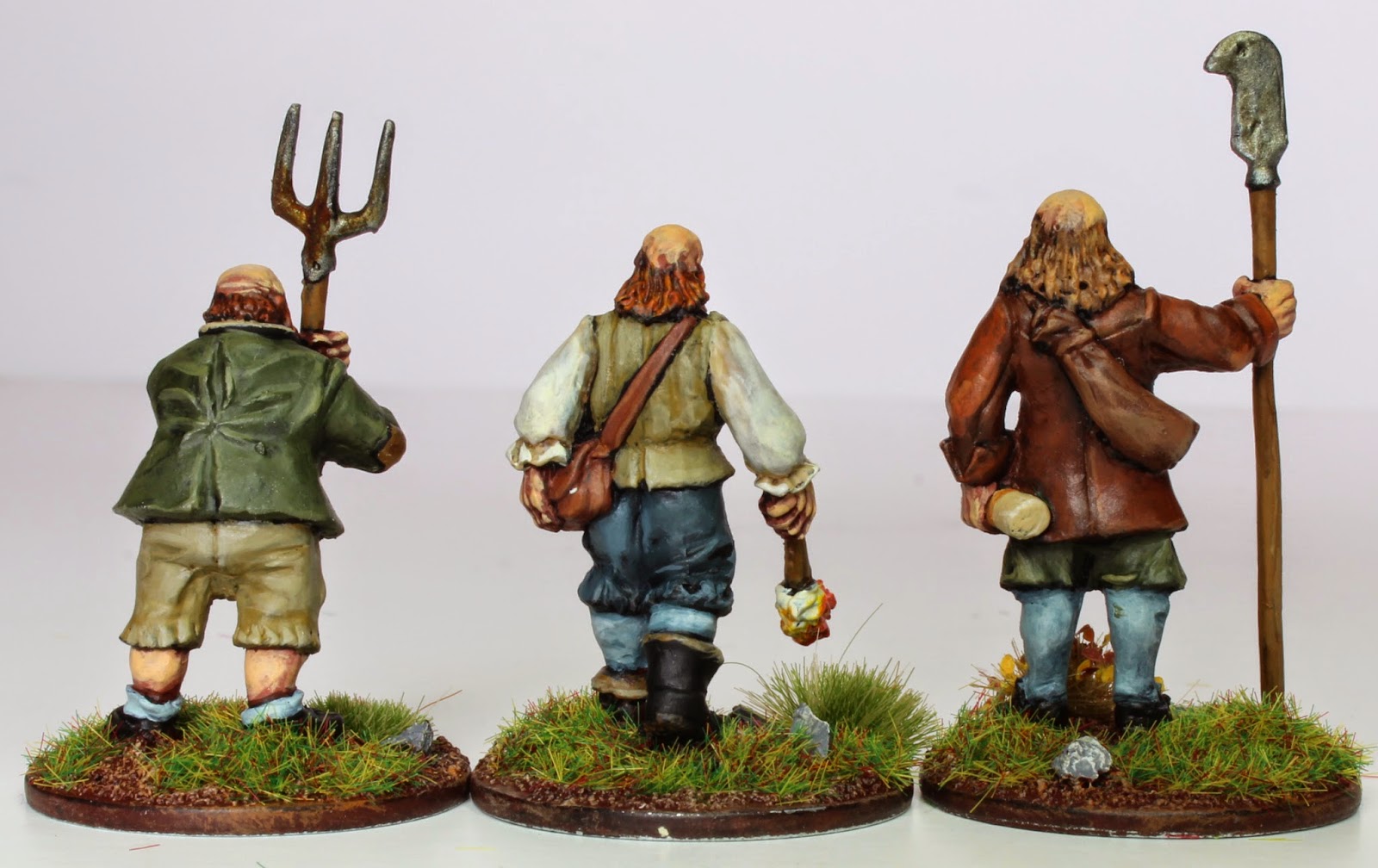 With the addition of these chaps, particularly those with muskets the band is starting to take shape, but how will there fare against the denizens of the night? Stand and fight or flee in terror? 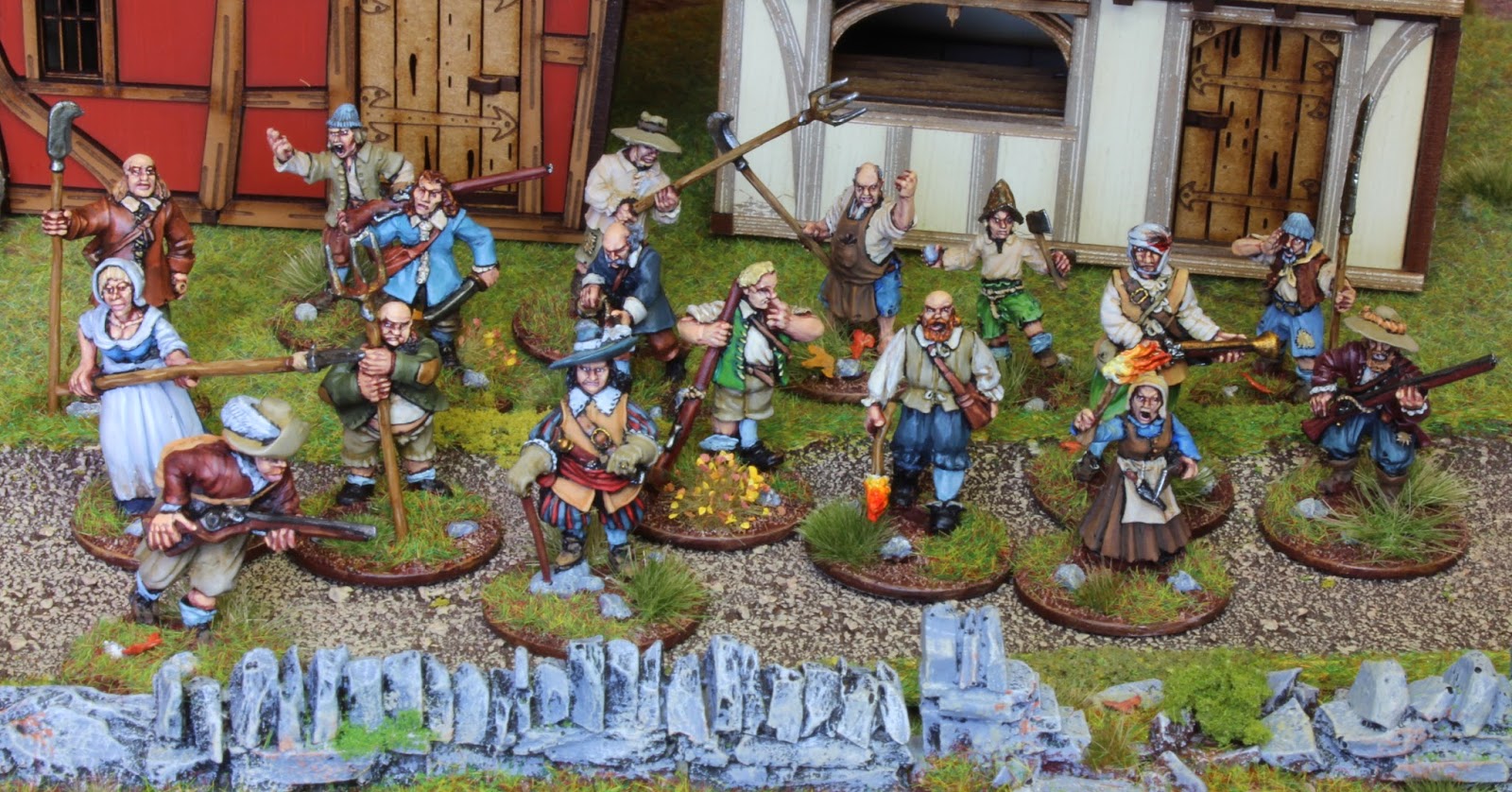