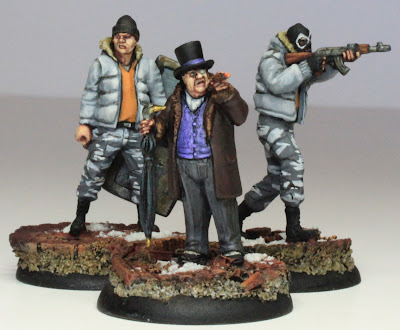 As easily distracted as I am, by popular culture crossovers or miniatures that rekindle memories from my childhood, it was perhaps inevitable that as soon as I saw the series of posts by the ‘Dark Templar’ and ‘Bullcher Feb’ charting their assembling of crews for the Batman Miniatures game that any sense of willpower or restraint evaporated. Always keen to muscle in on their gaming aspirations* I decided that I would quietly go about building my own crew, but with the Batman and the Joker already bagged who to choose?
*Both gentlemen have been incredibly accommodating in the past 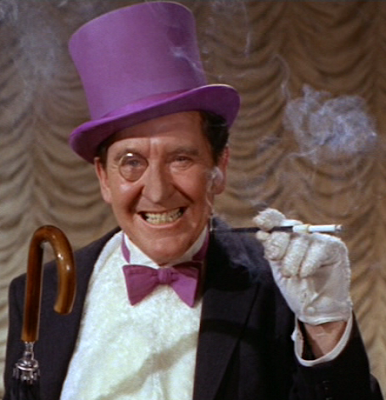 As a child I remember avidly watching re-runs of the television programme staring Adam West in the title role.  Saturday mornings were spent transfixed by the comic book violence, gaudy costumes and of course that theme tune.  But it was Burgess Meredith’s portrayal of Oswald Cobblepot, a gentlemen villain of impeccable taste that young Awdry hoped to see do battle with the Caped Crusader; the Penguin it was then! 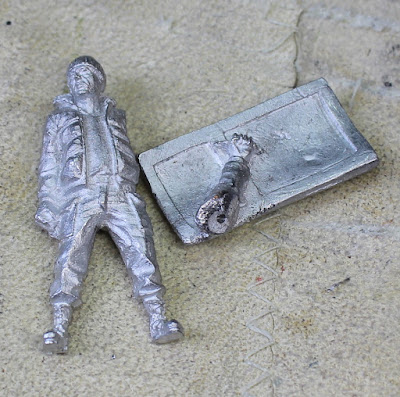 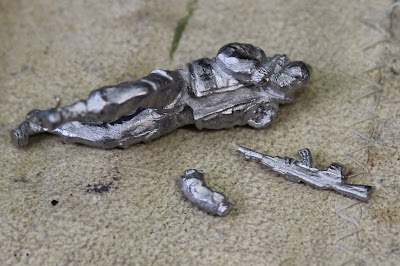 If truth be told I had had an eye on these models for a while now, but with no obvious justification nothing had happened, of course when the boys started playing that was all the excuse I needed!  There is no getting away from it, they are not cheap to buy; the price you pay for holding an official licence I presume?  Not only expensive, many of the models I have had to deal with seem unnecessarily complicated to put together.  I had been forewarned about this by reading the ‘Dark Templar’ and ‘Bullcher Feb’ posts and my experiences were certainly no different. 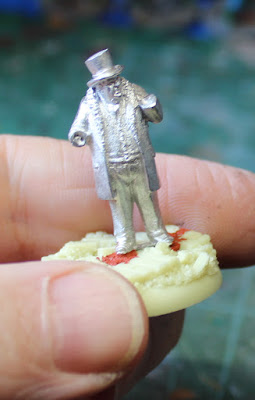 Given their weighty price tag, I was keen to show the models off to the best of my ability and to me this meant investing in some resin scenic bases.  Of course with this decision comes the need for further assembling and pinning.  I am always worried about this process and on more than one occasion have watched in horror as the tip of my pin vice has emerged through the ankle of the miniature of choice.  This isn’t the end of the world with a £1.50 rank and file troop but close to a major incident if it happens to a Knight Model at £7 a pop!  Of course it is not just the basing, oh no there are the arms and wrists to do, lots more potential for disaster, but when attaching the limbs there is not only is the pinning to contend with there is the alignment too!  I’m sure with practice that this gets easier but I’m struggling with it.  Again on a cheaper model I’ve been known to plug all manner of deformity with the ubiquitous green stuff, but what you don’t want is a significant monetary investment taking to the field of play to the chants of, “here comes Quasimodo” – people can be so cruel.

Anyway, I digress, as with patience and considerable good fortune the first three members of the Penguin’s crew were assembled.  Yes I know that there should have been a fourth but the less said about the Penguin Emperor’s snapped electric baton and his subsequent near launch into orbit the better.  Ultimately I was left with something that looked pretty damned special, even if I do say so myself, but that’s where it stalled suddenly as I was struck down with a paralysis of doubt and worry about what colour to paint them. 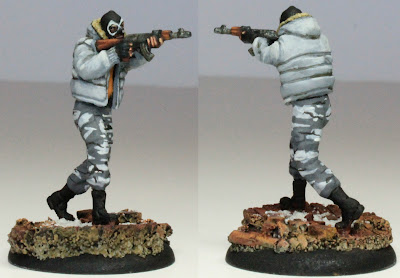 In the end I pretty much followed the packaging as a guide with the thugs wearing grey/white/silver puffer jackets and orange for the tops.  The combat trousers would also remain but for some reason I tried to replicate DPM – I still don’t know where this idea came from.  Then there was the main man; well purple just came flooding back perhaps due to the original television programme but I was also conscious that purple was very much the Joker’s colour so perhaps not too much.  In the end I went for the waistcoat and hat band and of course as soon as I had done these I saw Simon Quinton’s (Brummie’s Wargaming Blog) Penguin crew that he had linked together with the colour blue and made a mental note to myself to be less dictated to by reference and allow my own creativity to flourish. 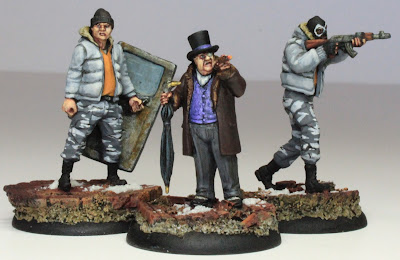 As a final detail, I've added a smattering of snow to the bases, which covers a multitude of sins and will prove particularly useful when it comes to disguising the joins on the rocket penguins!
Posted by Michael Awdry at 09:14