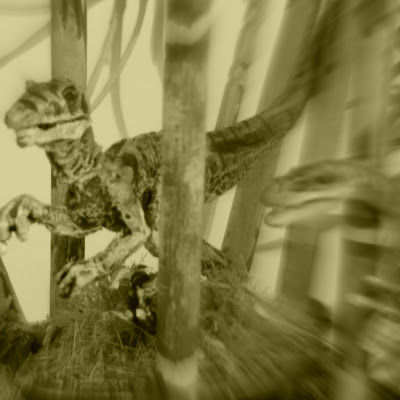 More fun as 'Dinovember' strives to clear some long forgotten ideas from the periphery of the lead pile. These two sets of beasties, both from 'Ral Partha Europe', were prepared over a year ago and so it is with some relief that they are finally completed.

Quite different in appearance the miniatures are actually very similar when it comes to scale and so it was a relatively easy decision to make to paint them the same.  The slimmer versions below, were actually a two part piece requiring one of the forearms to be attached before painting. 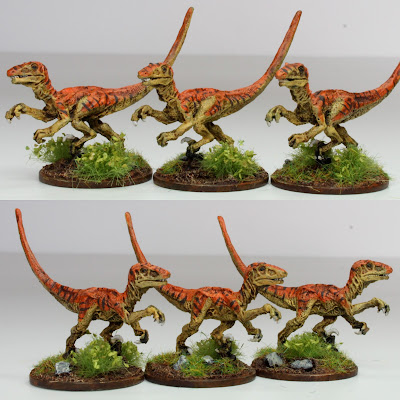 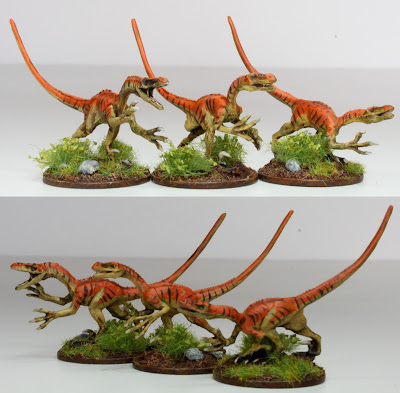 Once again I can take little credit for the paint palette, this time the inspiration is taken from a post by Paul Pogge on the 'Lead Adventure Forum' where he used the same livery to paint his Tamiya Velociraptors - the fabulous results of which can be found here. 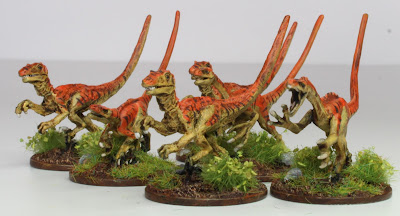 Now I appreciate that current scientific opinion would have us believe that they had feathers, but accuracy be damned - I want my Velociraptors fast and menacing, just like the ones in Jurassic Park!  As Muldoon says,

"They're lethal at eight months, and I do mean lethal. I've hunted most things that can hunt you, but the way these things move…" 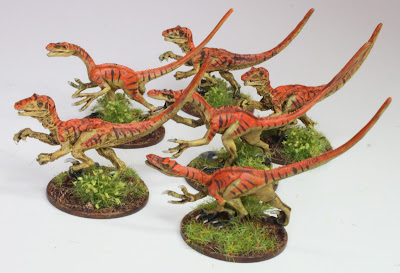 Finally another reminder of the 'Pay it Forward' book giveaway, details of which can be found here. 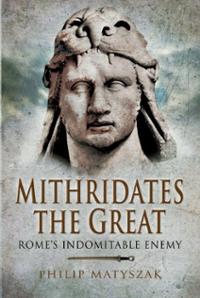