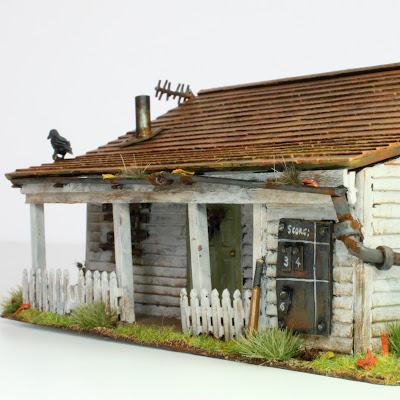 This particular piece of scenery has been a long time in the making as it was initially bought as a farmhouse for my New Zealand Wars collection a couple of years ago.  As with a good many of my fanciful ideas it was soon shelved and was quietly gathering dust until a chance reading of the proposed 7ombieTV scenario revealed the need for a changing room; well perhaps not a changing room, but how about a cricket pavilion, thought I? 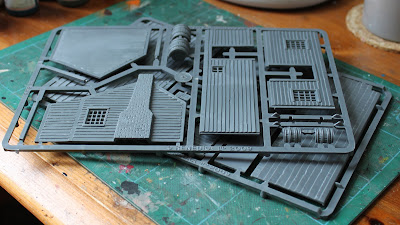 Those that have enjoyed the love of our great sport, particularly when played at village level will, I hope, instantly recognise this bastion of all things English.  Perhaps not unlike a bone fide pavilion it was clear that I needed to add a few modifications to the start kindly provided by the Perry brothers and so the raiding of the bits’ box began in earnest. 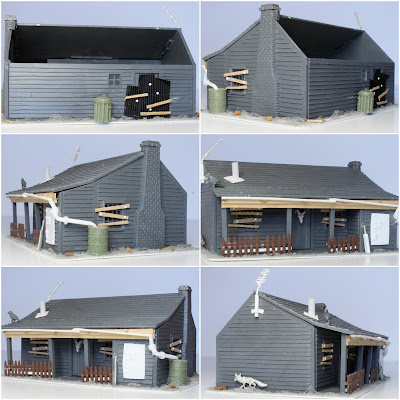 The basic timber framed building would work well as it was and fortunately the roof is cast to resemble tiles, so I instantly imagined these as the red sussex roofing slates that are prevalent in this area.  I still felt that I needed to give it that quaint look often associated with these structures and to that end some cut down picket fencing was fastened to the front at the perfect height to put your feet on while waiting to go into bat. 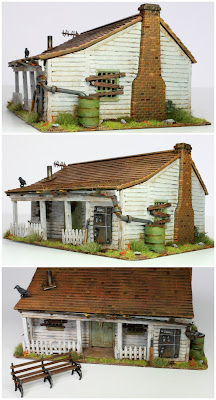 I did consider removing the chimney stack as this seemed a little grand for a pavilion, but decided that it might prove a job to far and so it was left, but with the addition of a central heating exhaust and television aerial as a nod to modernity. 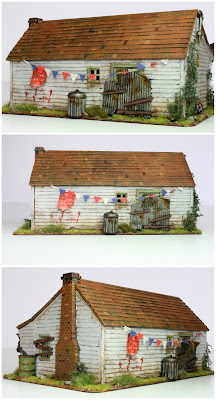 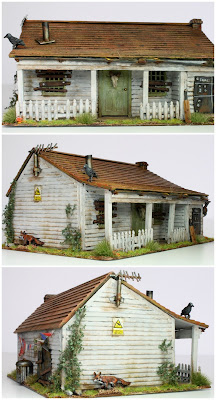 Clearly the days of playing cricket or lacrosse are fast dwindling from the minds of the girls, their days devoted to nothing more than survival and so defence was the order of the day.  Windows have been boarded up and the back door has been secured with corrugated iron sheets.  Those that have played cricket will no doubt be aware that dodging rain showers can be important, particularly at the start of the season and so guttering was installed, collecting the rainwater in a rusty old water butt, although how successful this will be is in doubt given the amount of weeds growing in the gutter. 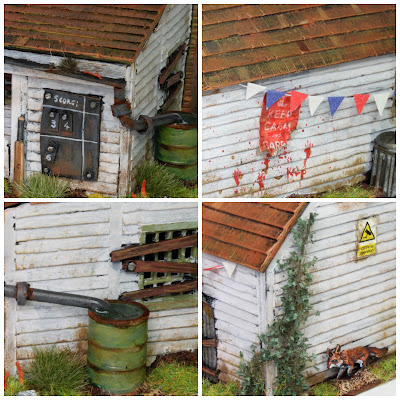 With a nod to the Englishness of it all, the bunting, again from the talented 'Jesse Bunting', is reinstalled this time in a rather fetching red, white and blue.  This was enhanced with the addition of the ubiquitous ‘Keep Calm’ poster, but sadly it would appear that the fourth former sent to paste it to the wall has been snatched mid posting!   The ram’s skull is a nod to the ferocity of the girls and acts as a talisman against the undead; even the crafty fox is wary of staying too long within its vicinity! 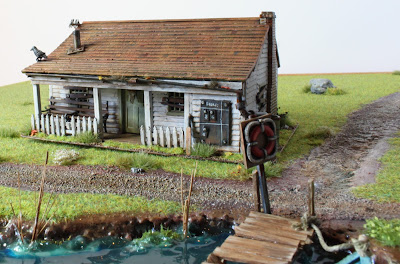 This has proved to be a wonderful distraction and I’m afraid to say rather took over my hobby time as I kept finding new things to add.  It was great fun seeing it on the board as I edge, albeit painfully slowly, towards the proposed game. 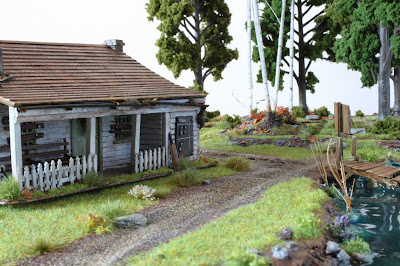 As I was searching for ideas for my pavilion I stumbled across Zabadak's alternative version of both the farmhouse and the barn.  What I love here is that he has considered the interior as a playing area and furnished them accordingly with exquisite detail. 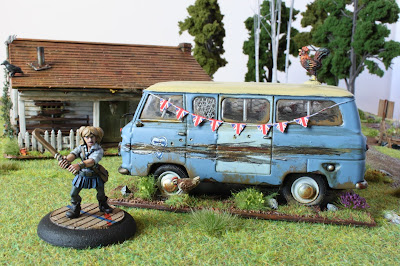 Although, I haven’t considered adding interior detail myself at this juncture seeing Zabadak's did stop me gluing on the roof so the option is still there and of course I can now illuminate it for those spooky night games! 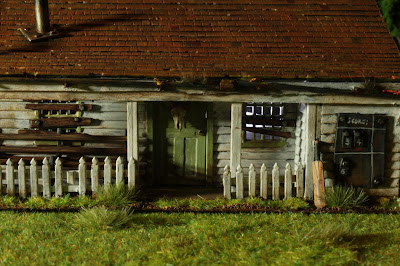 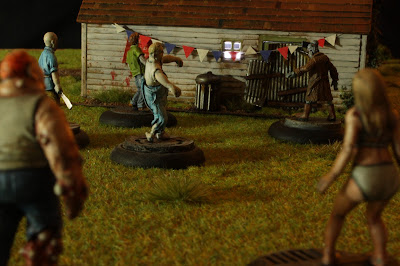 Now I just need to prep some zombies to paint this weekend!  Don't forget to click the 'Zomtober' button to see how the rest of the chaps are getting on with the challenge.