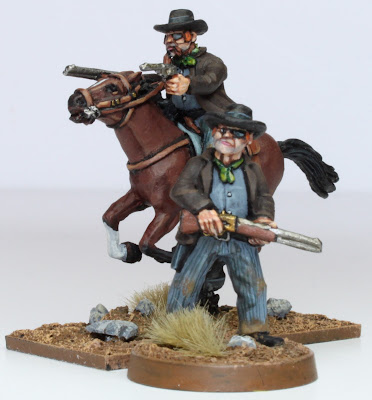 Earlier in the year, '28mm Victorian Warfare' celebrated its second anniversary with a little prize giveaway.  One of these prizes was to involve yours truly painting a 'Command Stand' of the recipients chosen miniatures and I am delighted to say that Dave D of 'One Man and his brushes' fame, finally received his earlier in the month. 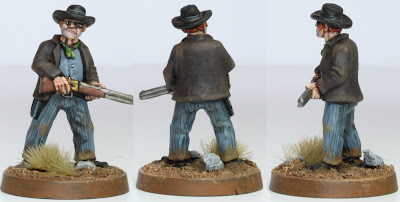 It will be of little surprise to many that Dave supplied some cowboys for me to paint in the shape of  a 'Crusader Miniatures' retired US Marshall, mounted and dismounted.  Dave's only requirements  that they should obviously be painted as the same character, not on the same base and to consider said character as an 'Anti-Rooster' or evil twin of his original version, which can be seen here. 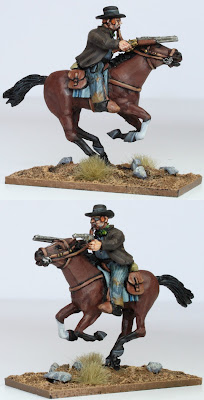 Although I was aware of these splendid miniatures this was in fact my first go at painting one of them and I was instantly struck at how simple they were, no extraneous detail to hinder one's individuality, but with that I was suddenly aware at just how much I've come to rely on this detail with my own painting! After a period of head scratching a vague concept started to emerge of a evil Irish, gambling twin and so pinstripe trousers, ginger locks and a Leprechaun green neckerchief seemed the order of the day. 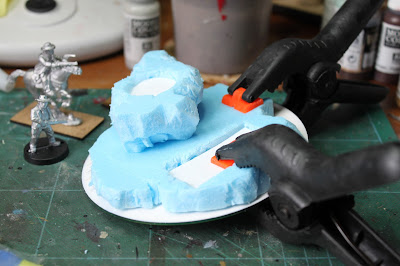 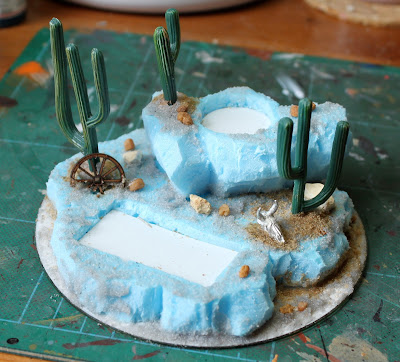 One of my favourite aspects of this most wholesome of hobbies is the 'terraforming' of bases and I had envisaged, as part of the 'Command Stand' giveaway, that this would be the case here; so to hear that Dave wanted his miniatures based separately threw me somewhat.  Not perturbed in the slightest, I concocted a display base that would allow Dave to 'show off' his miniatures, but also to remove them to game with individually. 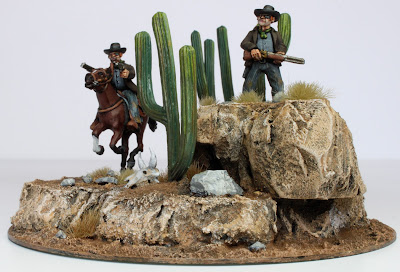 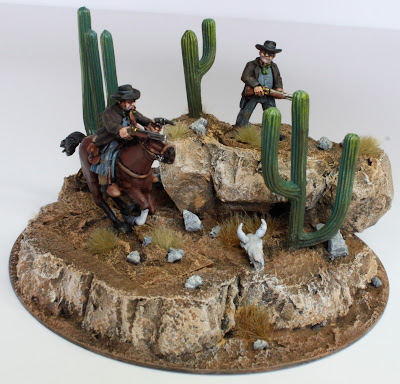 Blue foam, model railway cacti and pumice gel formed the basis and then I simply carved out the base shapes and lined them with plasticard to form docking areas for the miniatures.  By painting up the terrain to match the bases I was hopeful that they would merge together.


It was at this point that I was struck with an idea, what if I provided a couple of additional 'plugs' that could fill the gaps when the miniatures were been used?  This would give Dave an additional terrain piece and allow me my terrain building fix. 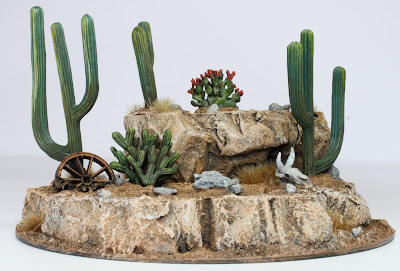 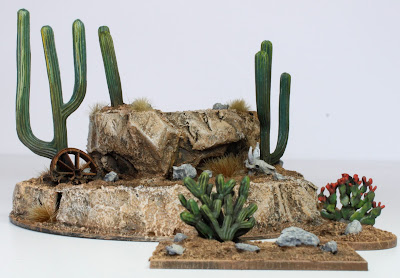 The completed stand with all the miniatures and additional 'plugs'.  Great fun to do and a wonderful distraction from the St. Trinians girls. 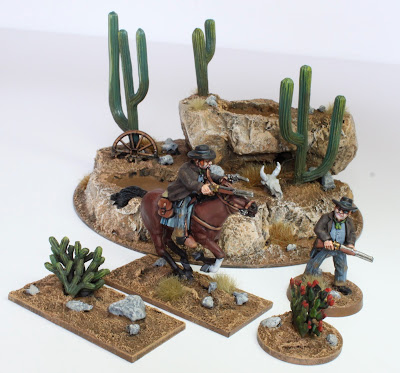