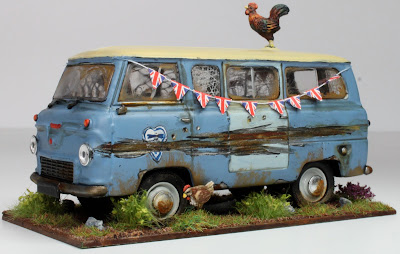 Now those that visit here in the hope that there might actually be something pertaining to Victorian era warfare being posted, my sincerest apologies!  The war on the undead is going to continue for a little while longer, but rest assured normal service will be resumed shortly! 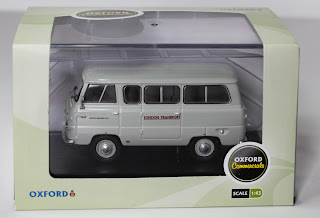 In preparation for my proposed game I have been considering the various terrain requirements for the scenario in question, now dubbed, 'The Battle of the Lower Hockey Pitch'.  Once such requirement was the School Bus that forms a substantial part of the barricade and so the madness begins.  A quick hunt of the usual places turned up a few potential possibilities, 'Ainsty Castings' doing a particularly impressive model, but alas the majority of what was available is based on the American model of what a school bus should look like - and this was supposed to be a peculiarly British episode! 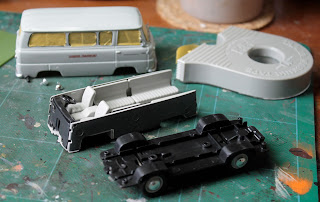 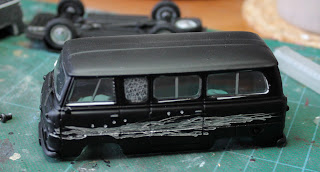 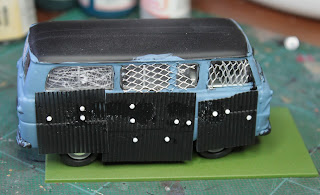 In a bid to find something a little more homegrown eBay was enlisted and lo and behold there were a series of 'Oxford Commercials' die casts in 1/43 scale - surely too big you might think?  A bit of web based research suggested that this scale, depending on the model could in fact work nicely for 28mm miniatures, particularly if the miniatures in question were on larger bases, so although not as cheap as I would have liked I decided to give one a punt! 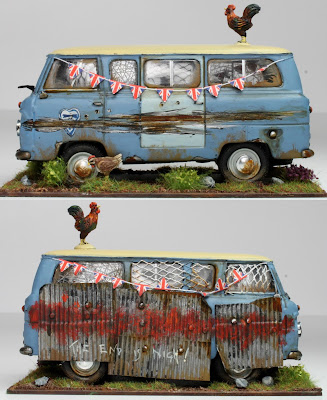 I have to say that I was absolutely thrilled with my London Transport Ford 400E Minibus; this was part of a wonderfully detailed range of models that could have gone straight to the motor pool as it was, however I had a few details of my own that I wanted to add first.  My concerns about the the scale issues soon evaporated as I set about stripping the model down, windows were masked and the whole model was sprayed black and it is at this point that I really should explain my thinking behind the conversion. 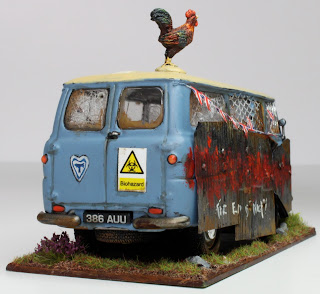 I knew that bus had to serve as part of the defences, but at the same time scream 'St Trinians'!  It had to be battered and beaten up, perhaps due to been driven by members of the 'Fourth Form' that could barely see over the wheel and I am eternally grateful to Elladan and his amazing website, elladen.de that listed a variety of ideas that he employed on a series of die cast models that looked so good that I used them all on the school bus!  These included melting the tyre to represent a puncture, scratching the plastic windows for a smashed glass effect, making deep gouges in the paintwork as the 'Sixth Form' park by ear and the obligatory bullet holes - come the zombie apocalypse target practise will prove very important! 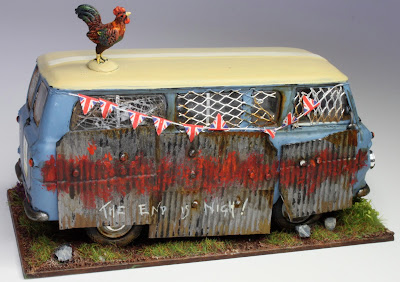 In addition to these I added some makeshift armour plating in the form of corrugated sheeting riveted to the side of the bus.  Weathered and distressed a gruesome tide of blood is evident where the relentless hoard of undead have been beating against its sides! Wire mesh was added to reinforce the windows and a finally a paint job that placed it well and truly in the early eighties!  Those that know of the original 'St Trinians' films will appreciate the anti-establishment themes, but there is something peculiarly British that prevails, and what could be more British than bunting? 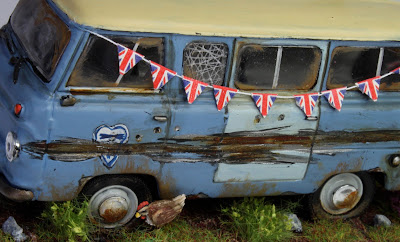 I would love to say that I fashioned this detail myself but I confess not, in fact the bunting comes from 'Jesse Bunting', where Jesse will craft you a ten centimetre string for a pound.  They really are wonderful, just what I was looking for and I shall certainly be looking to shoehorn my red, white and blue strings in somewhere in the months to come.  I can just see these festooned around a VBCW gaming table and understand that Jesse will consider bespoke requests too! 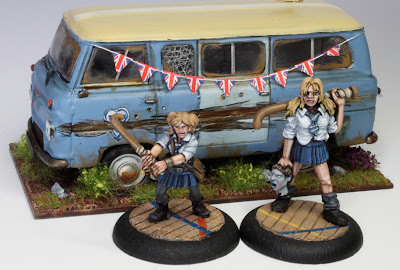 The final additions are those of the livestock, yes for a few hand fulls of corn you can have a fully functional zombie early warning system installed on this model.  Originally from 'Architects of War', I have absolutely no idea why I originally bought these, but obviously delighted with their inclusion here. 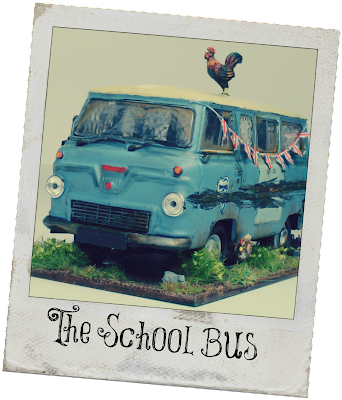 So there we have it, the School Bus complete and ready to take its place as part of the fortifications, now how about a cricket pavilion? 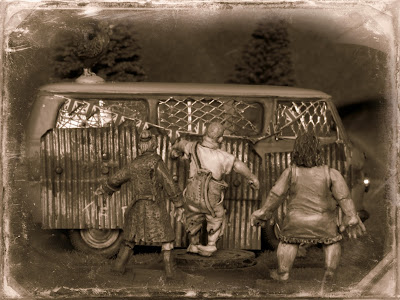