The Death of Leonidas

The climatic end to the legendary Battle of Thermopylae surely rates as one the greatest ‘last stands’ in history.  The fate of the ‘300’ has been continuously immortalised through popular culture, perhaps no more graphically, if not entirely accurately, as in the celluloid adaptation of Frank Miller’s graphic work – certainly one of my favourites, but then I have never claimed to be a student of the classics! 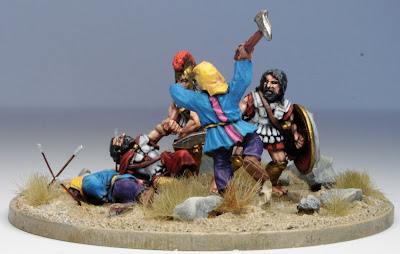 Following on from the previous post of 'Spartan Hoplites' I am delighted to have finally completed this generously donated vignette depicting ‘the Death of Leonidas’ again from ‘Wargames Foundry’. 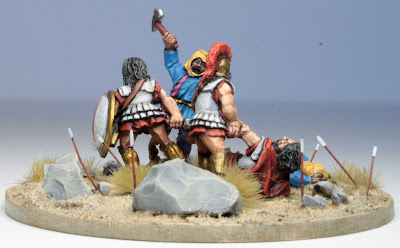 As previously mentioned this was originally destined to be part of my entry to the ‘Analogue Hobbies Painting Challenge’, but failed to meet the deadline!  Now having completed a couple of test miniatures, I managed to resolve the painting in a relatively short period of time, by my standards anyway, with many of the pitfalls deftly avoided.  Once again, however my Achilles' heel would prove to be the shield decals that I still managed to fudge annoyingly! 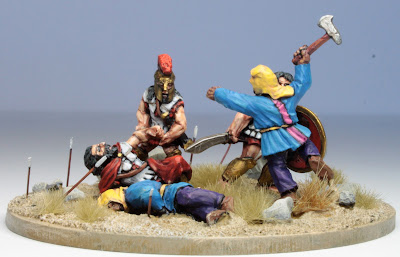 The rest of the terrain was the usual pumice paste, small stones and tufts; the only additional extras being the arrows.  It is said that on hearing that there were so many Persian archers that the sky would grow dark with their arrows, Dieneces replied laconically,

"So much the better, we shall fight them in the shade.” 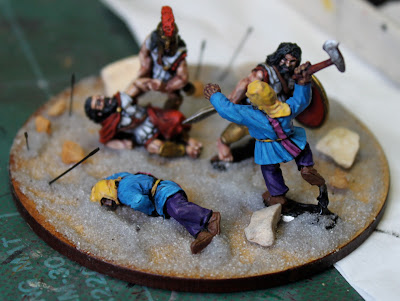 Now I appreciate that there are not nearly enough arrows on display to have blotted out the sun, but the truth of the matter is that I was somewhat anxious that my arrow supply would lead me into a spot of bother!  To explain; I had stumbled across and article about using the nylon bristles from a household brush as arrows, one end of the bristle flattened with a pair of pliers to represent the flights.  This was all well and good and actually worked rather well, but I was conscious that if I kept harvesting homemade arrows then the 'Saintly Mrs Awdry’s' dustpan was in danger of needing a new brush!

All in all a most enjoyable distraction, but not a subject I plane to revisit in any real depth – at least for the time being anyway! 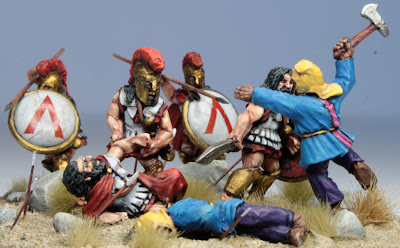 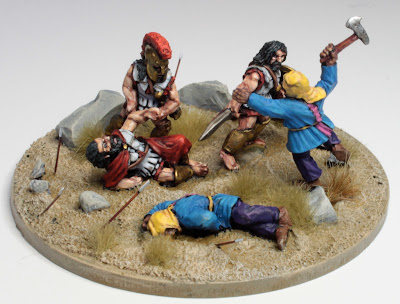 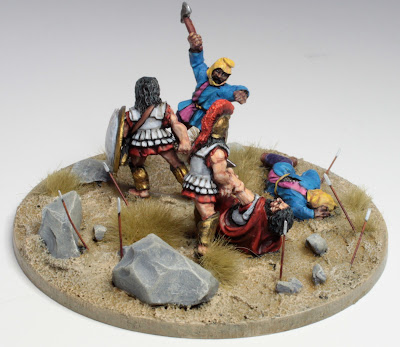