Finally completed 'Tommy' as the year draws to a close and what a journey it has been!  This was my first attempt at a larger scale (54mm)  and came about by been constantly 'bullied' into it by my good friend 'the Provost Marshal'.  I picked the model up at Euro Militaire 2011 from, the then, relatively new company 'Tommy's War'.   The process has already been described in the following posts;
Tommy's War
Fleshing out Tommy
Tommy's Tailor

so I won't repeat myself here, other than to say whilst relatively pleased with the results I am delighted to have him move off the painting table!  A great exercise from the point of view of having to 'relearn' miniature painting techniques, as many of the tricks or shortcuts simply do not work at this scale. 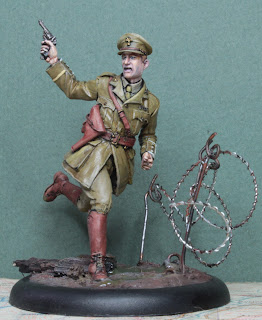 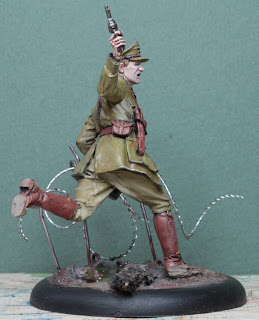 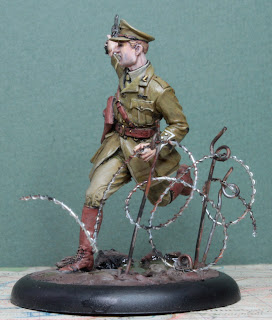 The final stages incorporated the texturing of the base by simply using a generic household filler, forming small craters which I hoped to be water filled puddles.  Bits of stone, twigs and sand all played their part in the final build, not to mention roughly twisted lengths of wire to form barbed wire pickets.  The barbed wire itself came from Games Workshop.  Final touch was a little casting resin with some added colour for the puddles. 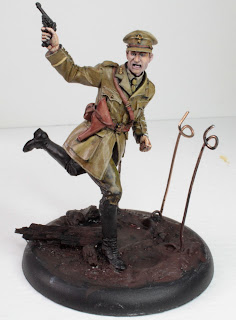 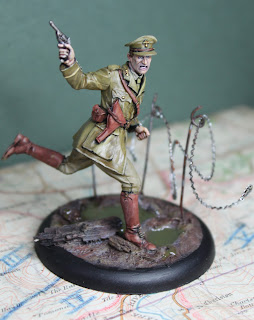