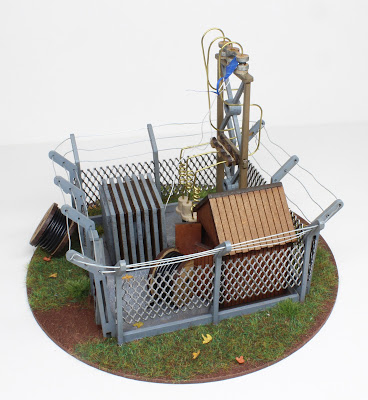 Just a quick post this morning as it occurred to me that we haven't really showcased this particular example of James' amazing work.  The electricity substation is a wonderful example of just how confident James has become in realising my intentions, it is as if he can see into my mind, a truly terrifying thought!  In this instance, I had happened across a reference of the battle in the Prison Journal of France's former Prime Minister, Édouard Daladier, which read...

two of the German soldiers who had come with [Gangl] had taken up positions, with their rifles resting on the window sills.  They pointed out [SS troops] firing at the "castle" from a few hundred yards away, near the little electric plant, on the edge of the forest.

James and I talked about this exchange for awhile, what it might look like, both agreeing that it would serve absolutely no purpose to the game, but might make another of those, oh so interesting, extras that we both enjoyed. 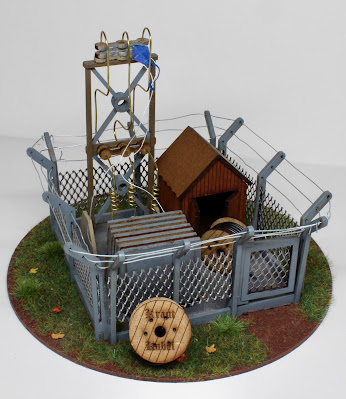 The next thing I know a fully realised substation has been designed and built by James, I was nothing short of flabbergasted!  Other than paint the groundwork, this is all James' handiwork including the specially designed electricity cable drums with their cheeky names. 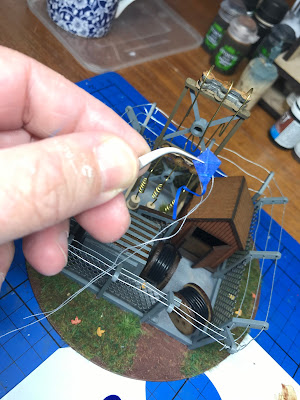 Looking at it again, during this period of isolation, I was instantly transported back to a time when young Master Awdry, was routinely terrified by any number of public information films, in this instance Play Safe - Kites and Planes. 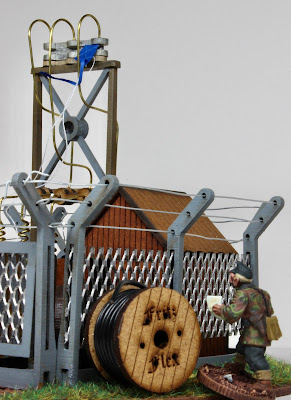 I shan't spoil the ending, but suffice to say it is a shocking tale of misadventure and the reason why James' substation know has a blue kite lodged atop the the transformer bushings.*
*I may have just made up that technical term.
There was something rather enjoyable about fashioning a kite from some tissue paper and florists' wire, yet another wonderful diversion, but just had to be done! 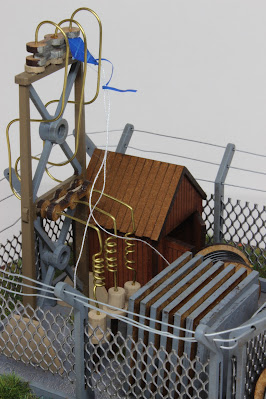 One last photograph below of the substation in situ, which I discovered when tidying up some folders last week.  There were a number of shots of the final two boards before I had to leave them, which I shall edit and share as a final work in progress post. 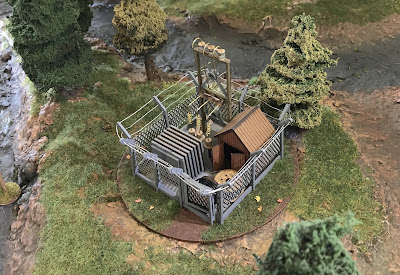