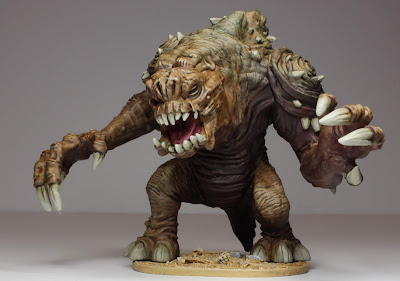 My goodness me, where has the time gone?  The end of any academic year is always a fraught affair; there is always so much to do before waving off your charges for the summer break.  This year seems to have been particularly busy, not least because it also marked the end of the Saintly Mrs. Awdry's tenure at the school.  It will be very strange to return in September without her, but I am so proud of how she managed to take control of a very difficult situation and has ultimately given herself the opportunity for a fresh start. 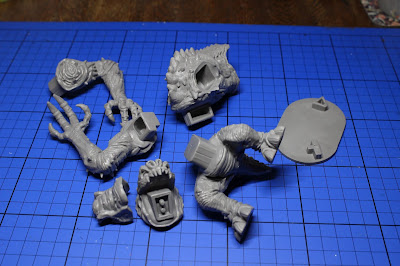 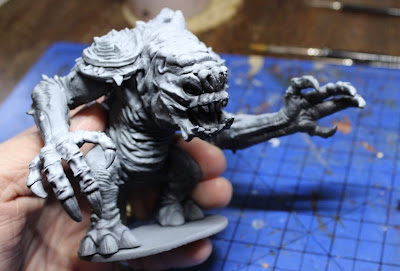 I do enjoy the start of this break, an opportunity to stop and think, to catch up with oneself and to dream of new projects.  I hope to continue to post some backlogged items, but there is also some big news to reveal in due cause, but more of that in a latter post. 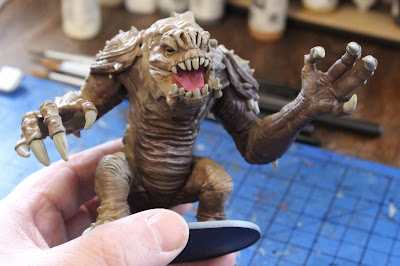 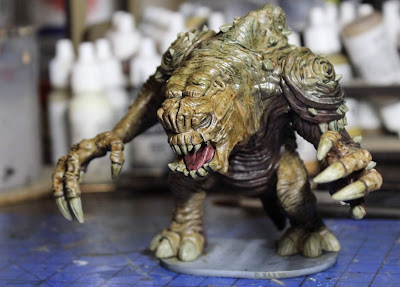 First a bit of a beast, a Rancor to be precise.  This beastie formed part of an entry to the 'IX Analogue Hobbies Painting Challenge’ and can be found in the Imperial Assault core box from Fantasy Flight Games.  It is a multi Part plastic model standing a whopping 100mm high.  Safely assembled and any gaps willed with Greenstuff, I found myself frozen in terror; how to paint it? 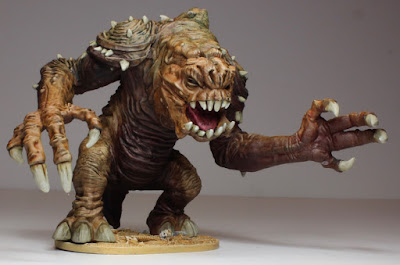 Fortunately for me, the genius that is Sorastro has produced a handy YouTube tutorial.  I am now becoming more au fait with his process of applying base colours and then shading these with washes, bur even so they often require a certain leap of faith when covering your carefully applied undercoat.  That said, he has yet to let me down and before long the slavering abomination was brought to life. 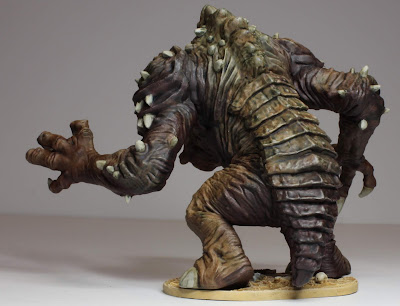 I had considered the idea of creating the creature’s pit as a scenic backdrop, but sadly this idea has been shelved and I have had to content myself with littering the supplied base with an assortment of previous victims’ body parts. 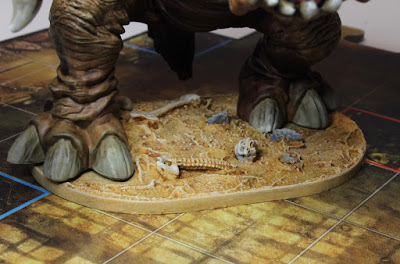