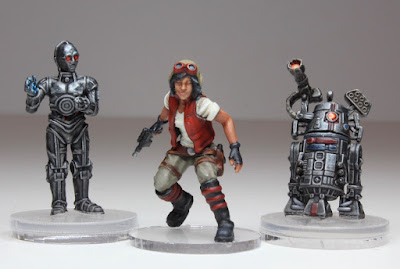 Maligning the galaxy’s favourite, but oh so rogue, Archaeologist as a mercenary, might be considered unjust, but when none other than Lord Vader hires you to assist with acquiring his own droid army, following the disastrous battle of Yavin, then it is surely a difficult epithet to dislodge? 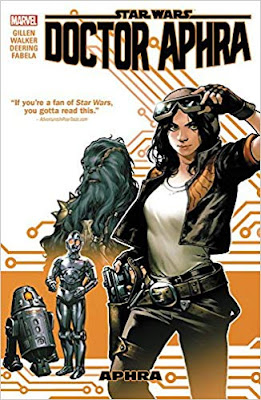 For those that are perhaps unfamiliar with the good Doctor’s work, Aphra is an expanded universe character that shares a time line with Darth Vader and was introduced through Marvel Comic’s Darth Vader publications.  I am quite a recent convert to the Expanded Universe, I used to like my Star Wars unadulterated, as pure as the driven snow on the ice fields of Hoth, if you will, but have found Dr. Aphra to be one of the more entertaining additions.  Ably assisted by two homicidal droids, BT-1 and 0-0-0, Dr. Aphra has an unnerving habit of being in all the wrong places with all the wrong people, at always the wrong time.  In short, Aphra’s exploits are often hugely entertaining, if a little bit silly. 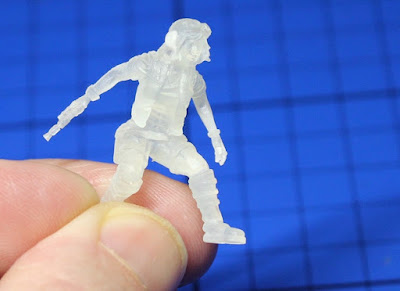 The droids, BT-1 and 0-0-0, are plastic sculpts from Imperial Assault by ‘Fantasy Flight Games’, and were relatively straightforward, lots of metallic paint and washes, but that in itself can often present its own challenges.  Dr. Aphra, however, was a completely different experience.  She is a custom print from Skull Forge Studios, released under the alias Professor Moxi,  and I had mine 3D Printed by those good people at 'Shapeways' in the Netherlands.

Now from the start, let’s be clear about this, having one’s armies printed in this matter is economically unviable at this point.  The individual pieces are breathtakingly expensive, but I have long been curious as to process and it is interesting to see just how far this technology has come and just what it is already capable of.

The availability of software means that creative chaps can produce truly unique or previously unavailable items that can then be delivered to your door.  A word of warning though, as what started as a curious investigation has soon developed into a fully fledge obsession, with new ‘must have’ designs appearing all the time! 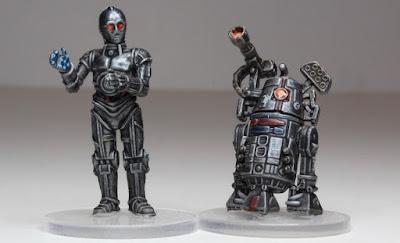 Some of the more reasonably priced elements that can be found on eBay have the tell tale lines as each layer of printed material is built up.  Shapeways however are using the latest industry standard machines and with their grand prix ‘smoothest fine detail’ can produce prints that are really starting to hold their own against cast versions. Back to my entry and given that Aphra has been scaled for the more heroic Star Wars: Legion in mind there was quite a height discrepancy between Aphra and her loyal bodyguards. At present, I have resorted to doubling up the droids bases to try and sell the illusion, not perfect, but I am quite forgiving when it comes to such matters.


When it came to painting Dr. Aphra, I simply resorted to the comic book colours, but couldn’t bring myself to attempt the circuit board tattoo that she sports. There was very little difference painting a 3D print as opposed to cast sculpt and so expect more impulse buys I the near future.
Posted by Michael Awdry at 10:00