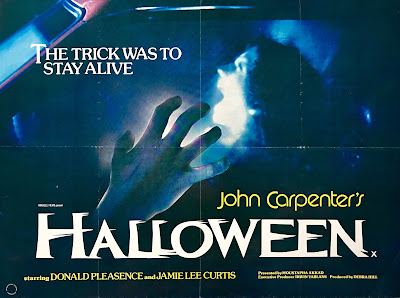 I'm not sure when I first became aware of John Carpenter's Halloween, I certainly didn't see it at the cinema - I'm far too young for that!  I do however remember sitting down in a darkened room with friends to watch it on a video cassette player* with a picture so bad that you could barely discern what was happening save for the flash of light on Michael Myers’ blade.  Yet something of that time still fascinates me, perhaps it was Carpenter's own eerie, electronic keyboard soundtrack or the unsettling and disorientating movement of the camera, but a good horror story can be a winning formula and I certainly enjoy a celluloid scare!
*remember those? 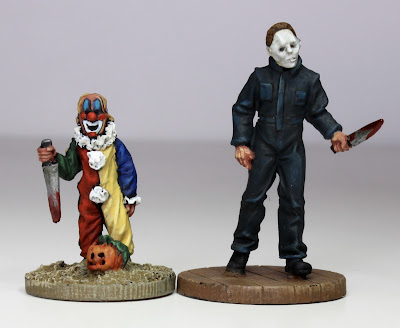 I mention this here as it has bearing on a couple of matters, firstly this being All Hallows’ Eve and to make up for my woeful output during ‘Zomtober’, I thought I would mark the occasion with a couple more of the ‘Studio Miniatures’ horror characters range.   It somehow seemed appropriate to paint up this knife wielding pair as none other than Michael Myers himself. 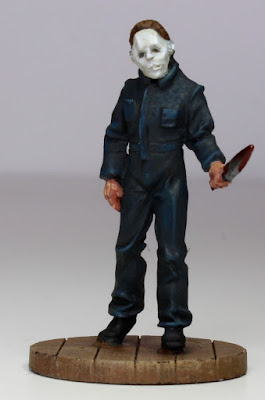 Michael senior was not the most taxing of paint jobs, given that he is in a boiler suit, but his younger version more than made up for it with the clown costume and the addition of a carved pumpkin for the base. 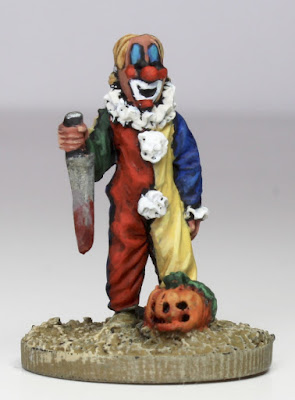 When it comes to this most wholesome of hobbies, I have always enjoyed a film or television tie in and it didn’t take make much persuasion to back this series of miniatures when they were launched as a Kickstarter, but what do you do with them? 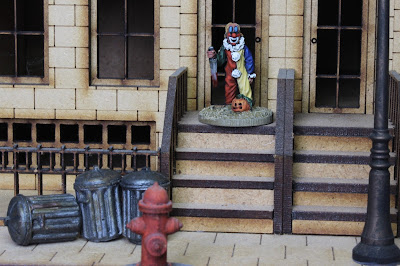 The short answer is that I am still not sure, but a chance comment by the ever creative Jeremy ‘Jez’ Winstanley has me thinking, albeit very long term, about a Survival Horror game possibly involving a haunted house, or mansion, and an intrepid crew of young investigators and their dog! 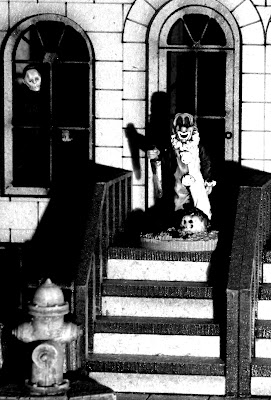 This has no real direction at present, more a collection of loose ideas that allows me to paint up some rather splendid miniatures once in a while, but it does allow me to hoist up another side banner to collect them under. 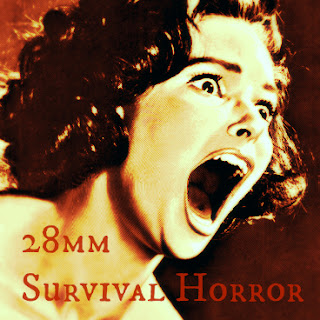 Speaking of Survival Horror games, now might be an appropriate moment to confess that I have fallen foul of yet another horde of crowd funded plastic!  ‘Resident Evil 2: The Board Game’ launched by ‘Steamforged Games’ and produced under licence from Capcom really caught my eye, probably as a result of many a long hour scaring myself stupid with the original game nearly twenty years ago! 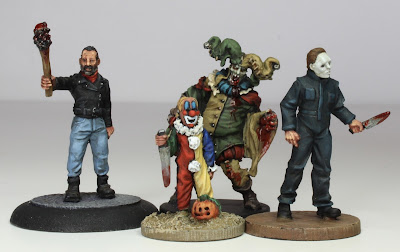 So as darkness falls this evening, I need to keep a wary eye out for spooks and ghouls as the village children will come trick-or-treating.  This has, of course, been a wonderful excuse for me to buy far too many sweets and chocolate that I will inevitably have to finish off myself!