"I am Arthur, King of the Britons." 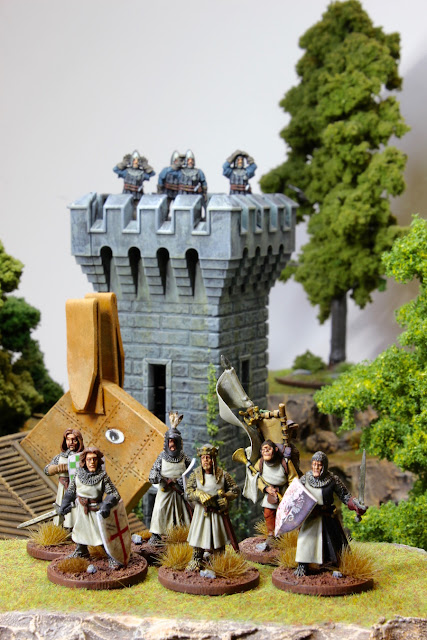 Never one to be tied down by convention or the obvious* I thought that I would stretch the interpretation of this year's 'Annual Analogue Hobbies Painting Challenge' opening bonus round entry.  Armour had instantly conjured up squadrons of tanks and whilst I had been looking for an excuse to purchase 'Warlord Games' fabulous version of Oddball's Sherman, I resisted and went in search of a suitable alternative from the lead pile.
*who am I trying to kid, I was wracked with guilt every time I considered an alternative to a side parting, I still am and that is after the parting has long since departed! 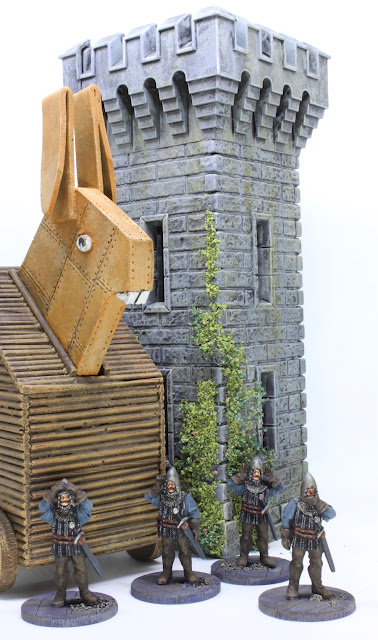 Having given the matter a little more thought, I decided that Knights in Armour would work, but not any old knights, this called for Grail knights!  'Studio Miniatures' wonderful 'not' Monty Python homage proved another irresistible Kickstarter** and just the ticket for my opening gambit in the Challenge.  Having made all manner of protestations that I wouldn't get caught up with the Bonus Rounds this year it would appear that I have fallen at the first, becoming so focussed on this entry that I have singularly failed to complete anything else.
**Of which there have far too many of late. 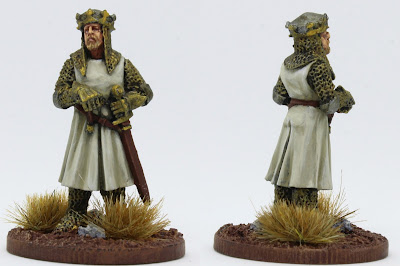 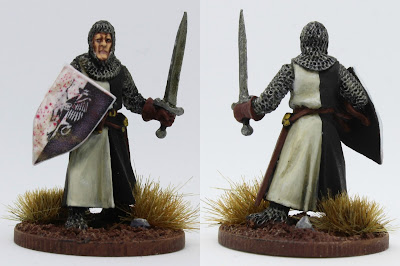 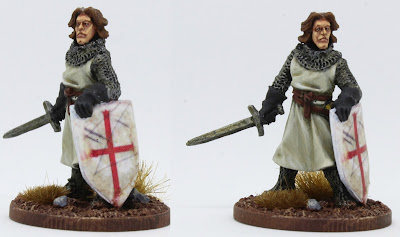 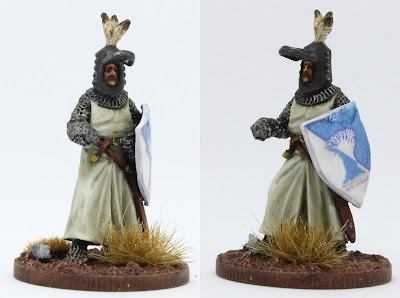 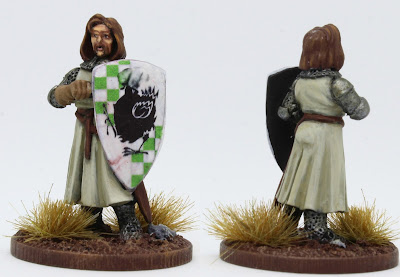 Once again great sculpts from 'Studio Miniatures' that really were a joy to paint although I stopped short of depicting their respective heraldic devices on the surcoats, simply running out of time.  I did, however have a go at using some water slide transfers from 'Flags of War'.  These were going rather well until I rushed the final coat of varnish resulting in a crumpling effect, which I then exacerbated by trying to smooth them out, perhaps something that I will need to revisit in due course. 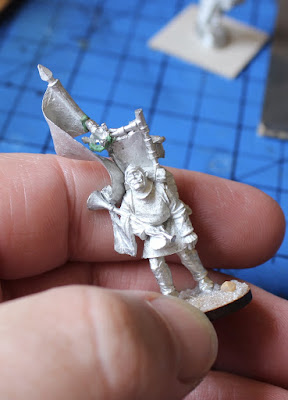 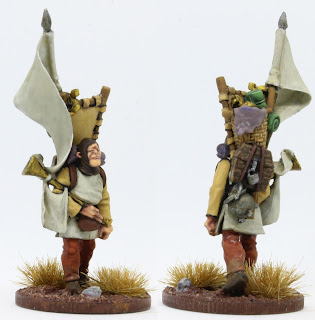 With the Grail Knights completed, I turned my attention to the cavalry or at least one of them in the shape of trusty servant, Patsy.  Once again fabulous detail, but requiring a little filling here and there. It was at this point that I let things rather spiralled out of control and before I knew what was happening I succumbed to the foul taunting of the French Knights, this time mounted on some rather useful 'Sally 4th' MDF Flagstone bases.  Once completed a little voice in my head kept saying, "Now go away or I will taunt you a second time."  Try as I might I couldn't get off this rollercoaster of a ride and before I knew what was happening I was painting a tower for my Knights to shout down from. 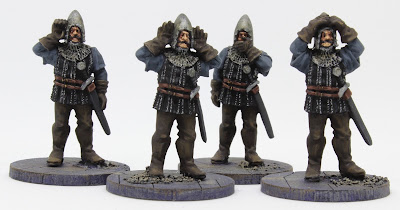 Sadly there are no points for terrain pieces in the challenge, but this was one of those distractions that just needed to be done to complete the entry.  Of course the scene would not be complete without the infamous Trojan Rabbit.  Again part of the Kickstarter, I get the feeling that this was one of those additions that was added late on in the campaign without necessarily giving much thought as to how it would be constructed.  In the end it was a multi-part resin kit, but the body of which was so badly cast that I couldn't bring myself to do anything with it when it first arrived.  Now buoyed with the enthusiasm that came as a result of finishing the Knights, I revisited the project and set about the troublesome areas with filler.  A base coat and some liberal dry brushing and the piece was complete and  unlike the tower eligible for a few additional points. 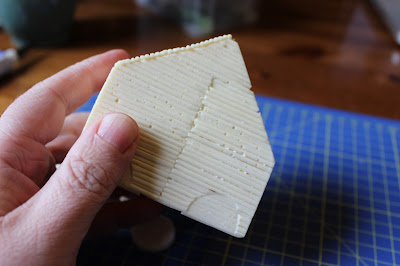 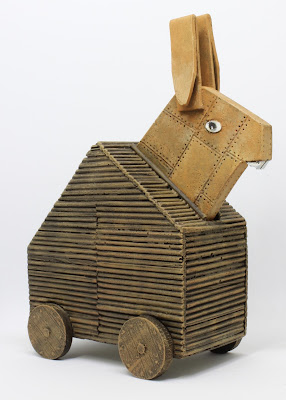 As with last year the bonus rounds have really caught the imagination of my fellow challengers and I urge you, if you can, to pay a visit to the main page and perhaps cast a vote for your favourites.  Just follow the link here. 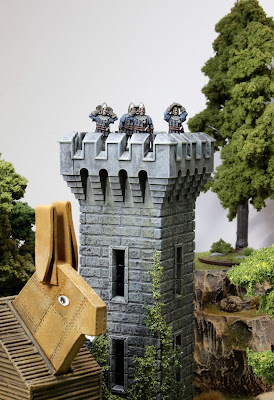 "I fart in your general direction!"