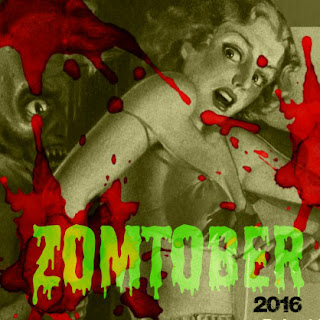 Having finally made it to the half term break it has been wonderful to find the time just to sit down and put the finishing touches to this latest 'Zomtober' post.  With The Walking Dead due to return to our television screens tomorrow* it seemed appropriate to mark the occasion with a couple of 'not' characters from 'Studio Miniatures'.  These, then, are Andy and Chandler and could perhaps pass for a certain father and son, as portrayed in the hit television series.
*I shall need to avoid the internet chatter in the morning as the programme with have already aired in America! 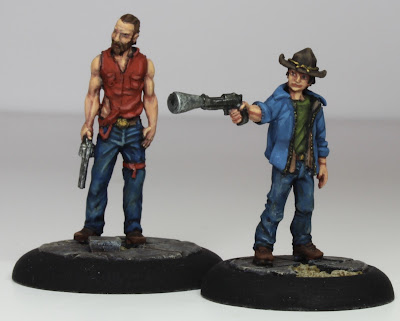 I am a big fan of the 'Studio Miniatures' range and have backed far too many of their Kickstarters, the most recent, Monster Madness, finishing only last week.  These latest examples mark a move away from the comic book characters and have taken a more rugged, survivor feel, perhaps more akin to the television characters. 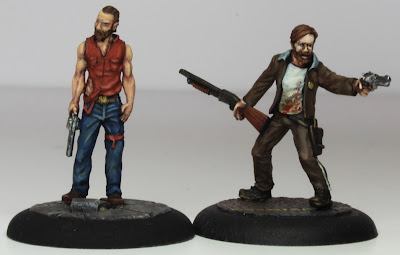 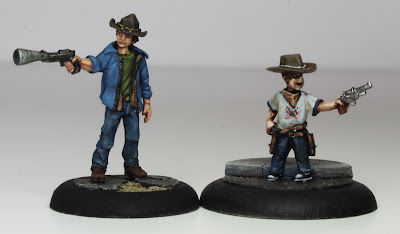 I couldn't resist digging out the earlier versions of the same characters that I painted back in 2013, under the title, 'A Post Apocalyptic Family'.  Again from 'Studio Miniatures' you can see what I mean about having a more comic book feel to them, especially the 'not' Carl Grimes.  Of course it, hopefully, won't be too long before I have another version of America's favourite post-zombie apocalypse father and son team to paint when my pledge for 'Mantic Games' The Walking Dead:All Out War game arrives! 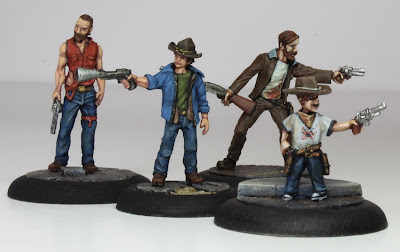