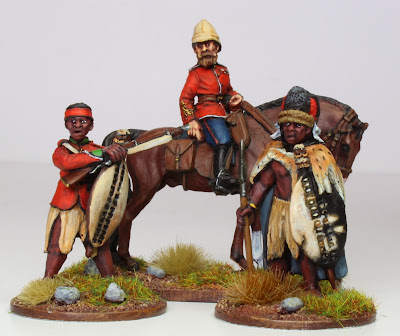 As I frantically scramble around, trying to finish off some Zulu warriors as part of the  'VI Annual Analogue Hobbies Painting Challenge’ it suddenly dawned on me that I hadn't posted my Colonel Evelyn Wood, a Natal Native Contingent Scout and a Swazi Warrior all from the wonderful 'Empress Miniatures'. 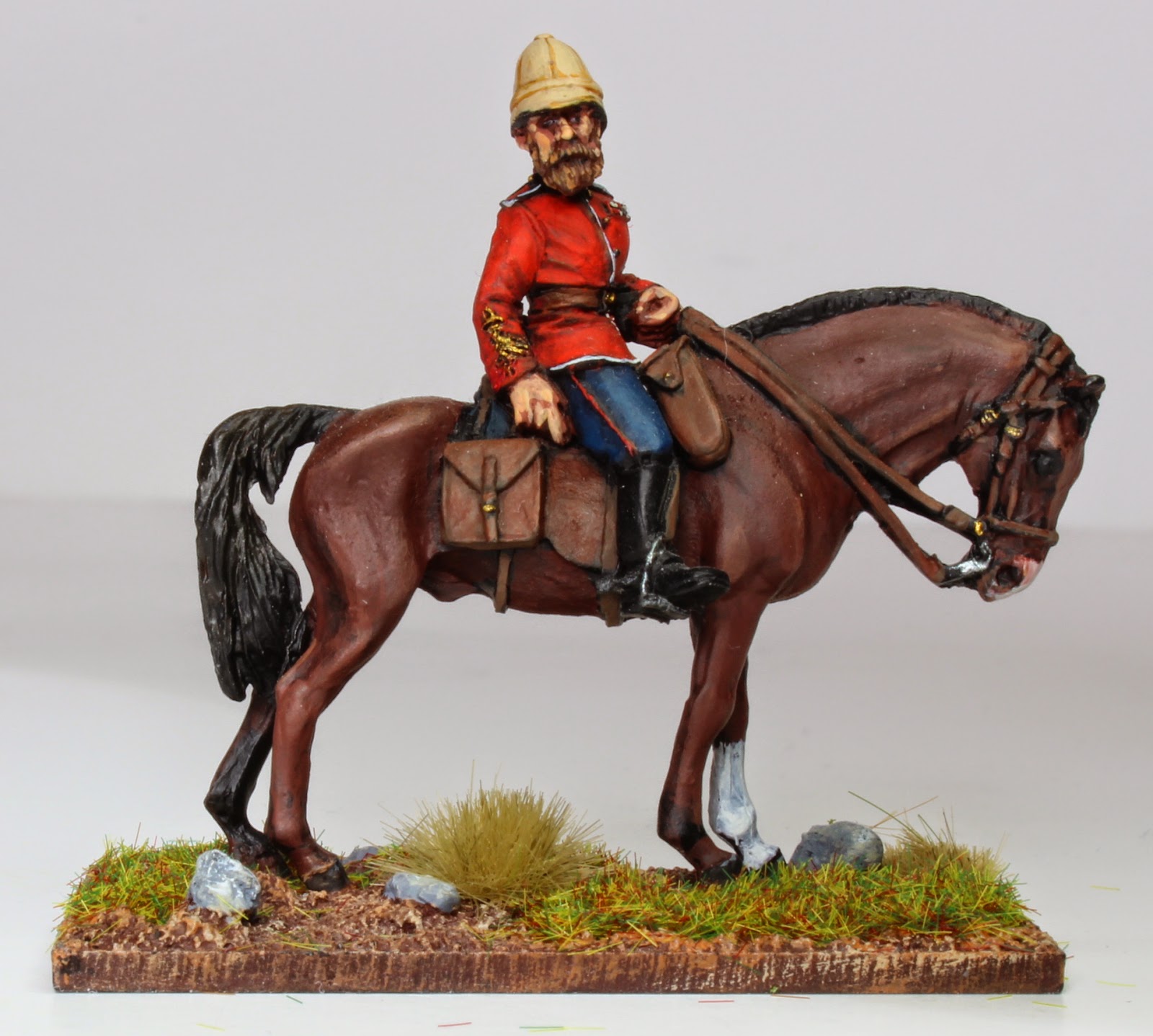 Wood is one of those peculiarly Victorian heroes, a remarkable man and destined for a career in the armed forces; he initially started out aboard ship as a midshipman on HMS Queen, a 110-gun first rate ship of the line.  Eventually joining the army he served in the 13th Light Dragoons during the Crimean War and the 17th Lancers during the Indian Mutiny, where he was awarded the Victoria Cross.  In 1862, Wood moved to the infantry, first joining the 73rd, then the 17th and finally the 90th Light Infantry. 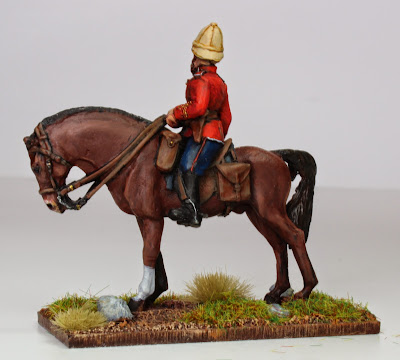 Undeniably brave, Wood was plagued by illness and accidents. At Inkerman, when he was just sixteen, his arm was shattered by enemy case shot. Refusing to have the arm amputated, he is said to have been removing bone splinters from his arm for weeks afterwards. Perhaps his most bizarre accident saw him trampled by a giraffe, a beast he was previously riding as a bet before he fell off!