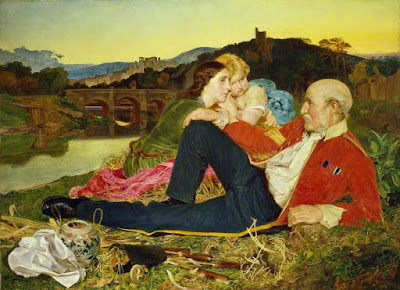 With Spring now officially sprung, lambs gambolling in the fields and an overabundance of daffodils lining the roads of this fair isle, it seemed a fitting time to stop and reflect on the hobby juggernaut that was 'VI Annual Analogue Hobbies Painting Challenge’.  Before I go much further, I must take a moment to wholeheartedly acknowledge the Herculean efforts of one man, the legend that is Curtis Campbell Esq. - editor in chief of  'Analogue Hobbies'.  This year, ably assisted by a crack squad of hand picked Minions, the team managed to process an inordinate amount of entries, many breathtaking in their quality, ingenuity or simply scale - it really has been a feast for the eyes, thank you one and all. 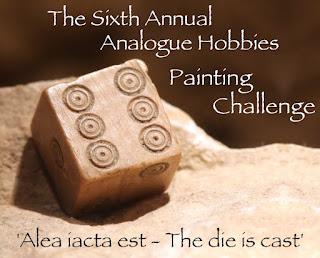 For my own part, I thoroughly enjoyed this year's challenge, determined as I was to make up for last year's difficulties, and managed to improve upon, albeit marginally, my tally from 2015.  Along the way I manage to snaffle a couple of prizes in the bonus themed rounds, which brings me to the rather charming image that opened this post.  I was thrilled to hear that for bagging first spot in the 'Nautical' bonus round, I was to receive a book token to spend in the virtual halls of Edwin King's Diplomatist Book Shop. Well it didn't take long to spy a couple of titles that I fancied and in no time at all they were dispatched to 'Awdry Towers', complete with a hand written note on a postcard. 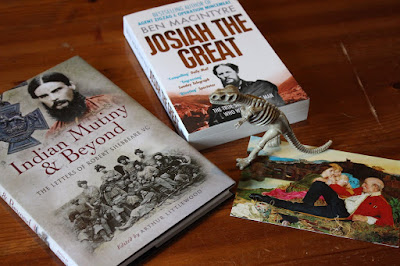 The postcard depicted a work by Frederick Sandys simply entitled 'Autumn'*.  Painted in 1860, packed with symbolic details and clearly influenced by the Pre-Raphalite Brotherhood, 'Autumn' has a certain melancholy note that many of us who entered the challenge now feel.  With my own sense of focus and drive now removed or exhausted, the painting table stands bare with denuded paint brushes idly gathering dust. This is, of course, a temporary aberration as like a good many I find solace in a spot of retail therapy and with 'Salute 2016' on the horizon, I'm sure many a new project will surface, but for now it is time to relax. 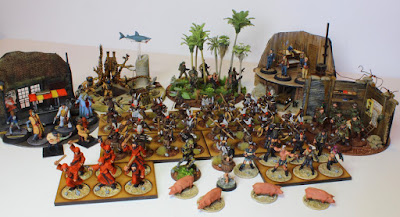 So a final group shot of my efforts this winter, most of which I have already featured on this humble weblog, but nonetheless I have added a couple of shots of my bonus round entries.  Finally, don't forget that there is also a giveaway to commemorate '28mm Victorian Warfare's' fifth anniversary.  To enter, and be in with a chance of winning two packs of 'Empress Miniatures', just leave a comment on 'Blogday' post here.  The draw is due to be held on the 31st March 2016. 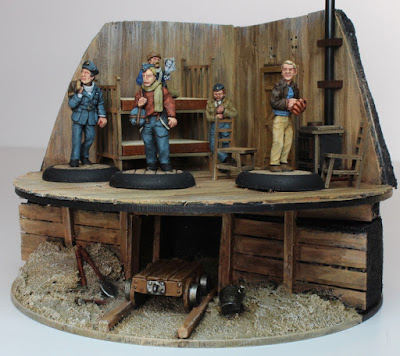 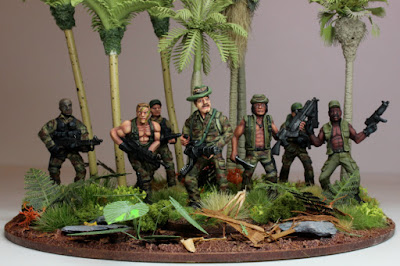 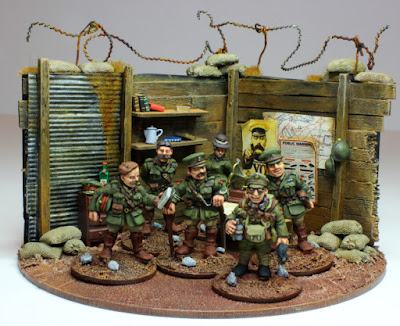 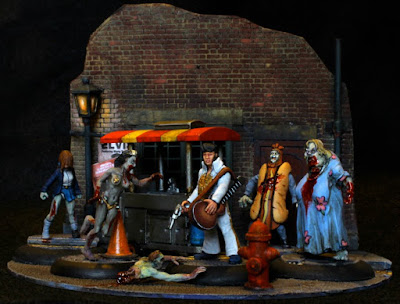 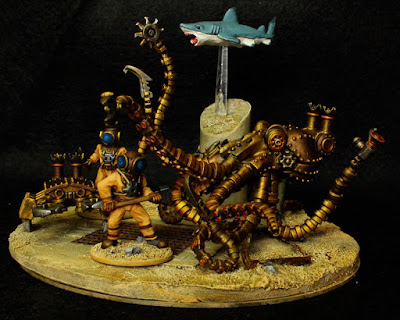 * The following is from the Norwich Castle Museum & Art Gallery

This painting is one of Sandys' most ambitious and successful works. Painted soon after his first encounters with the PRB it shows the influence of their ideas on his work, with its rich colours, minute detail and symbolic meaning.

Several studies for this painting exist and in fact the largest of them, included in the exhibition, was shown at the Royal Academy instead of the finished oil. The landscape is highly influenced by the beautiful background of Millais' otherwise disastrous painting 'Sir Isumbras at the Ford'. Although Sandys used that painting as a basis for a savage cartoon, called 'A Nightmare' he also used Millias' work in a more positive way to create the stunning riverscape and sunset sky we see here.

As is typical in Sandys' work, each aspect of 'Autumn' has been painted in incredible detail. It is possible to identify the uniform and medals of the soldier - he was a member of the West Norfolk Militia Battalion of the 9th Infantry Regiment. In fact the family in 'Autumn' were probably a real Norwich family whom Sandys often used a models. The man is seen again in 'The Old Chartist' whilst the girl appears as the heroine of 'The Portent'.
Posted by Michael Awdry at 14:38