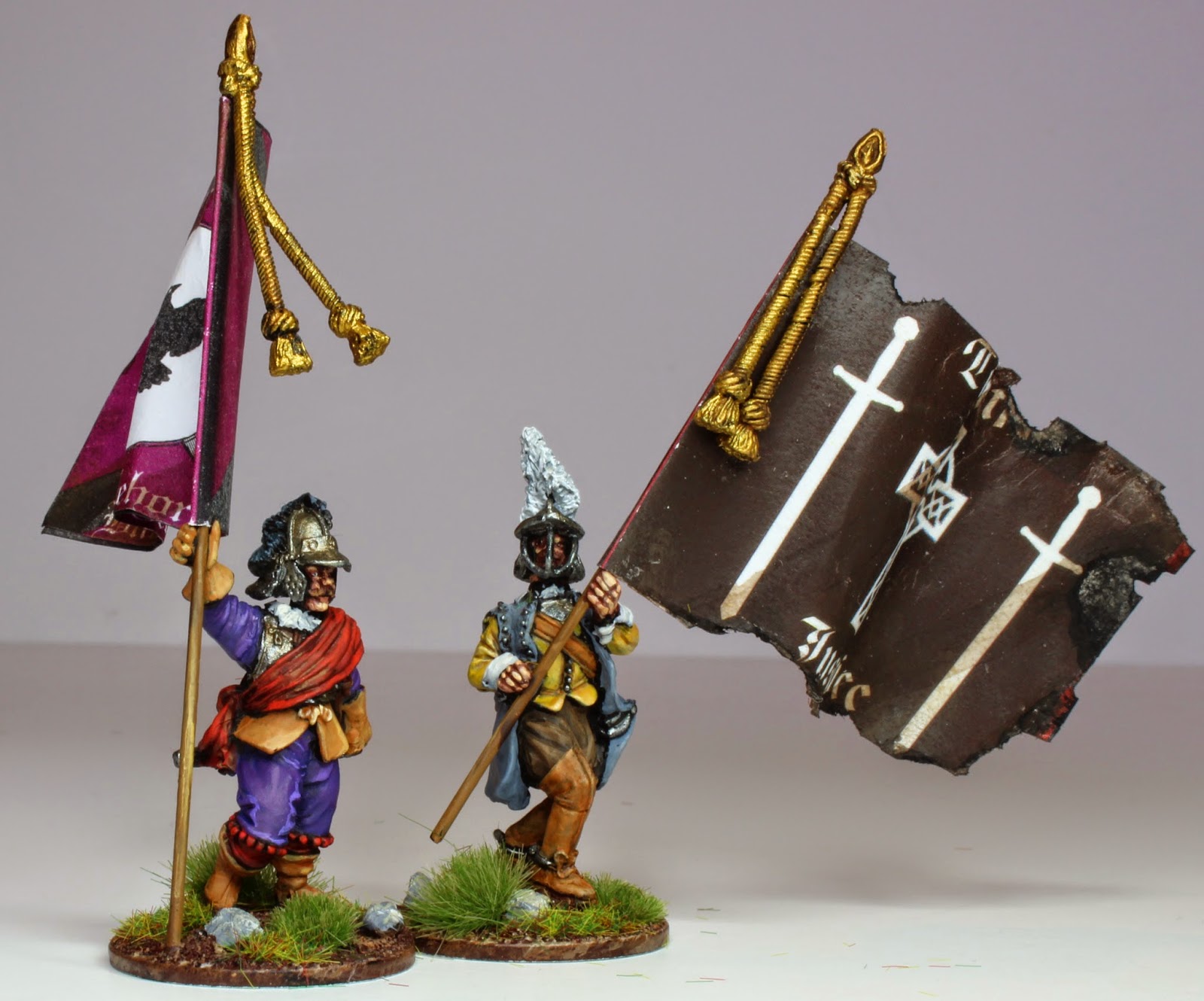 Just a very quick post to showcase a couple more miniatures for the 'Witchfinder General' project; standard bearers using the downloadable artwork from the 'Dashing Dice Games' website.  The Courageous Witchfinders that battle against the many vile abominations that plague a once green and pleasant land are being pushed to the limit by the clandestine vampire factions, aided by their loyal Guardsmen  of Blind Obedience. 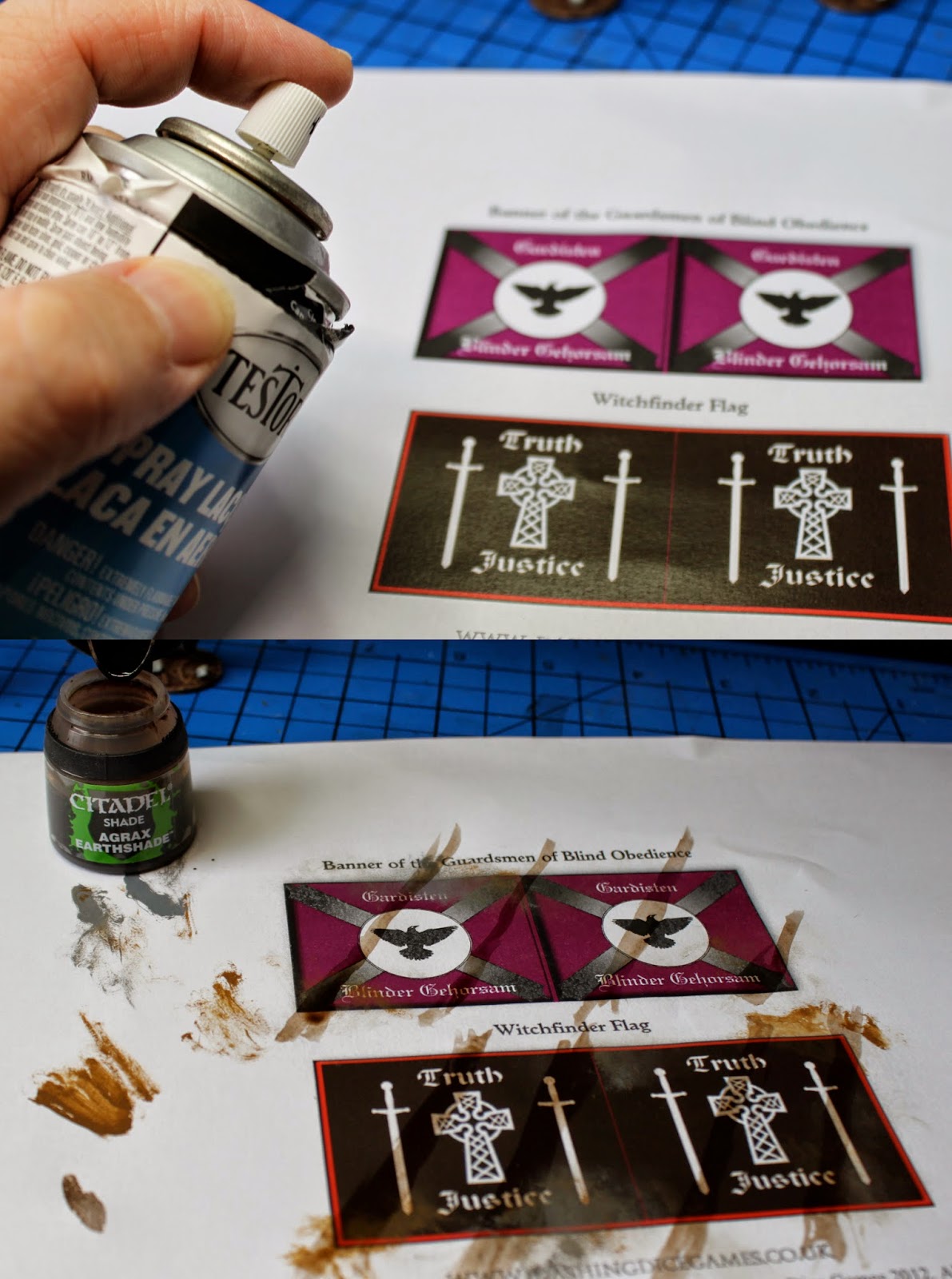 To reflect the constant struggle against the legions of evil, I attempted to show the battle worn standard of the Witchfinders by first sealing it with Testors Dullcote then picking at the edges.  Ink was then applied to try and hint at damage and folds, I'm not entirely happy with the effect, but it is certainly heading in the right direction. 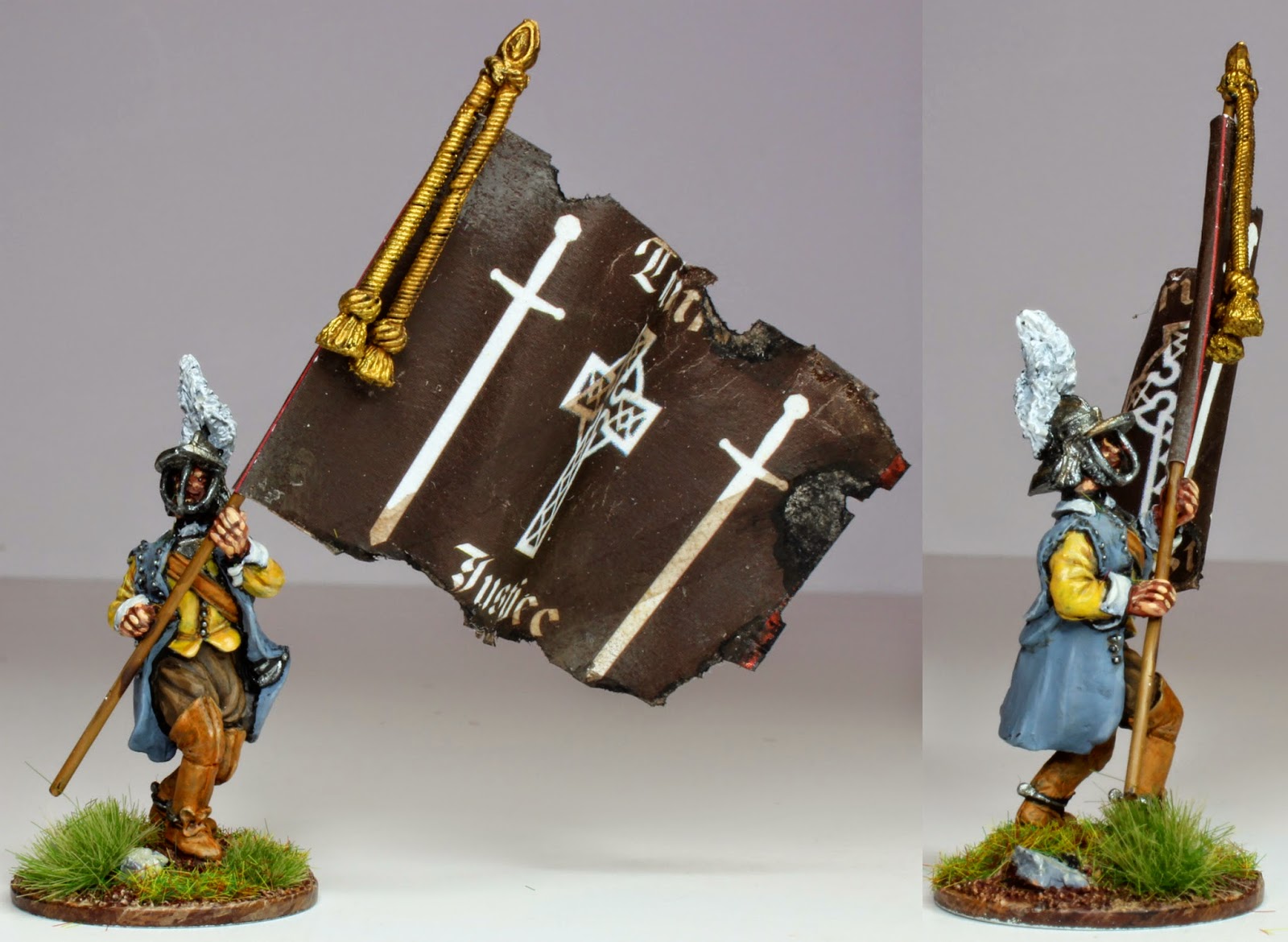 Meanwhile the Guardsmen of Blind Obedience are immaculate in their appearance, the benefits of being in the employ of the wealthy vampire factions. 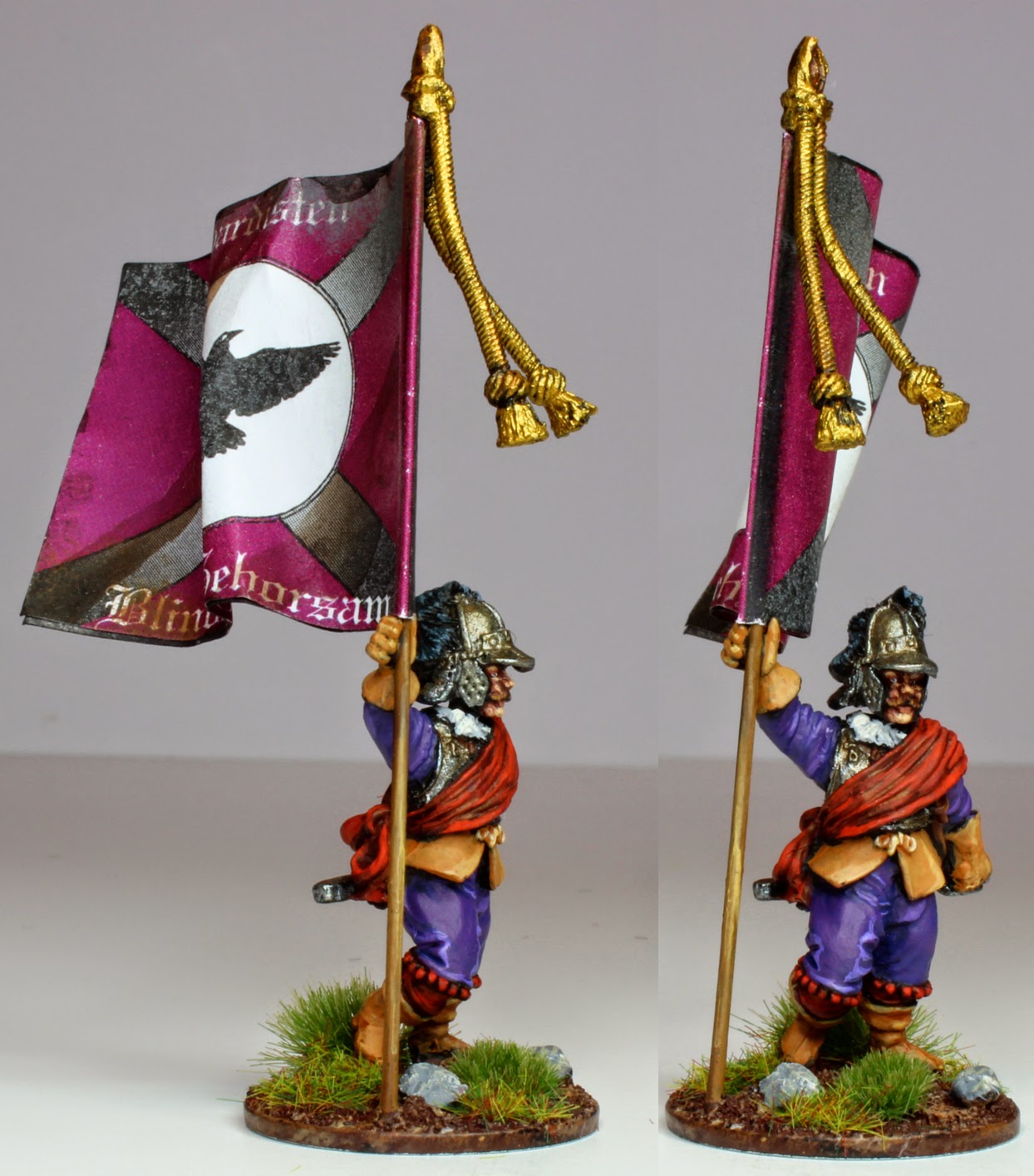