The 'VI Annual Analogue Hobbies Painting Challenge' continues to rumble on, but as we head off down the final furlong I have become acutely aware that I have somewhat neglected a couple of my side duels.  One such battle royal was the 'Pulp Challenge' a challenge to see who can paint the most points in Pulp adventure figures over the three months of the event, Pulp being defined as being from 1850-1950. 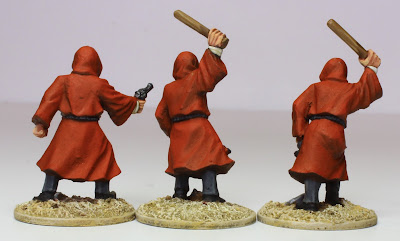 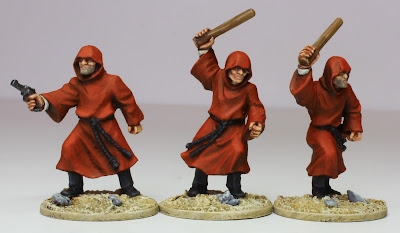 In a bid to garner my first points towards this keenly fought duel, I present these fearsome Cultists, after all what could be more 'Pulp' than a cowl wearing, club wielding Cultist?  These were originally from the 'The Servants of Ra' box set, a faction for 'In Her Majesty's Name' ruleset released through  Osprey Publishing. 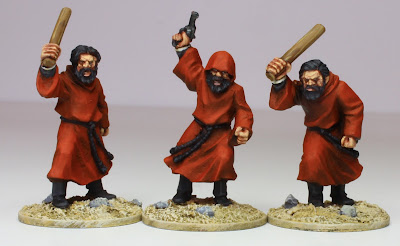 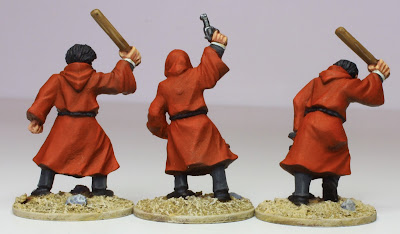 Available from 'North Star Military Figures', I'm afraid I struggled for an original take on these and plumped for the red as shown on the original box art.  Now what to use them for?
Posted by Michael Awdry at 10:07