Week two of Zomtober already, where does the time go?  It has been wonderful to see many new contributors to this year's autumnal anarchy; for a full list do pop along to Simon Quinton's, 'Brummie's Wargaming Blog'.  A work commitment on Saturday has meant that I haven't had as much time this weekend to finish this post off as well as I would have liked.  That said it has been great to work on another of my 'Studio Miniatures' Kickstarter models, this week a Hare Krishna zombie. 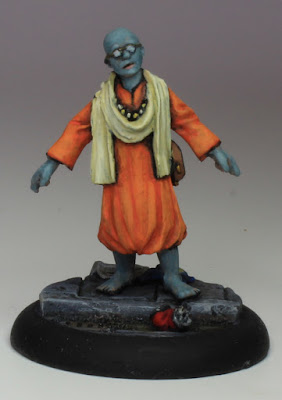 Perhaps not as strange as it sounds as devotees of Mr. Romero's 1978 masterpiece, 'Dawn of the Dead', will not doubt recognise 'Studio Miniatures' homage to one of the legion of undead stars.  Interestingly, I had initially painted this one in more natural skin tones, but then watching the scene again decided to try an match the bluish tinge that the makeup department had lavished on this poor unfortunate - I may have slightly overdone it!

A wonderfully original sculpt to work on and one more to the tally, so off now to see what everyone else has managed to get down today, but not before I set up my generic satellite receiving hard disk to record Season 6 of the Walking Dead that starts tomorrow here in Old Blighty! 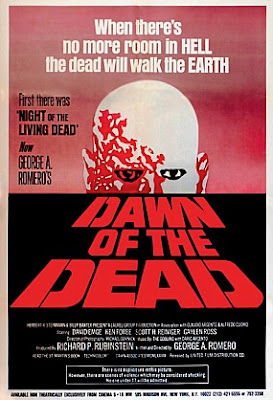