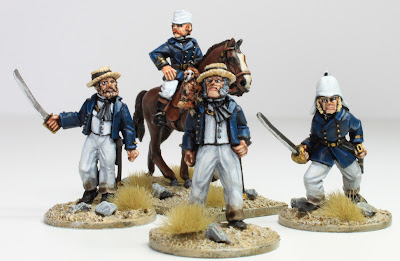 Flushed with the success of the previous post it seemed only appropriate that I had a stab at completing the Command Group for the Indian Mutiny Naval Brigade.  Once again these are from 'Mutineer Miniatures' and hugely enjoyable they were to work with.  The group is made up of two officers, one mounted, and two Boatswain's (or Bosun's) Mates, one with the ship's monkey perched on his shoulder!

I couldn't resist giving their lovely whites a little wear and tear, particularly at the base.  This was achieved by using Games Workshop's 'Devlan Mud'; do they still do this?  The secret, such as it is, is to do the first layer of 'mud' and when dry do a second nearer the base.  I like to think that this gives the illusion of the mud soaking up the leg of the trousers.

I took a few liberties with the mounted officer, such as giving him civilian riding boots, thinking that, as a rule, riding boots would not normally be issued to Naval officers. 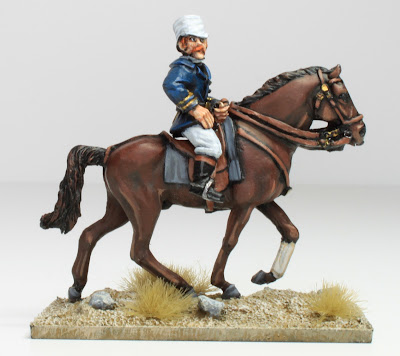 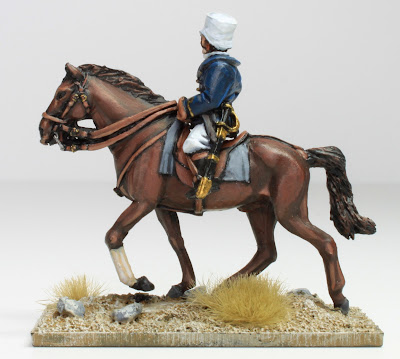 Finally a photograph of the unit together; it is terrifying to think that both sets were bought a 'Salute 2011'  and here we are counting our pocket money in readiness for 'Salute 2012'; oh well I guess I will just have to have the Naval Brigade Artillery Crew and maybe an elephant and .... Oh no 'Shinybloodyitis' has struck!