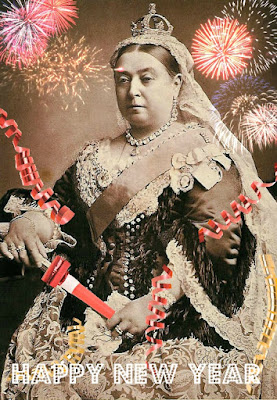 
First and foremost, a Happy New Year to one and all!  Normally I would avoid, at all cost, any form of New Year Resolution.  Nothing is more humiliating that having to admit that you have the willpower of a whelk by mid January!  That said I’ve noticed, among those blogs that I follow that there is a commonality in keeping a record of what one has achieved and how this measured up against one’s goals for the year.
Now as '28mm Victorian Warfare' is not yet a year old I shall refrain from any form of formal review this year but it strikes me that I, more than most, would benefit from some sort of plan!  Self-indulgent claptrap it may be, but what is the point in having a blog if one can’t be self-indulgent from time to time?
1 Maintain a credible level of posts throughout the course of the year.  This would seem fairly obvious, but even with my limited experience in the world of blogging I have become only too aware that other factors can and will influence one’s hobby.  I do not want to be prescriptive on this but will certainly look to maintain the interest in '28mm Victorian Warfare' by looking to post between 5 – 10 posts per month.  I have neither the time nor the ability to attempt a post a day but I believe that my goal should maintain a healthy following.
2 Having approached this most wholesome of hobbies very much as a scattergun, I’ve found myself with far too many projects started but none really developed to any depth.  There is, of course a general theme – Victorian era warfare, but so broad as this has proved to be I’m in danger of being totally overawed by the process.  Loathed, as I am, to tie myself to just one conflict then the only solution seems to be to keep them all going but with some form of target setting in place.  To that end the cumulative post totals for each conflict in 2012 will be:

As you can see all projects are to be continued with but some, particularly the Anglo Zulu War are to be given slightly greater focus.

3 Attend at least one convention/exhibition/expo this year.  Salute 2012 would be my favourite, but we seem to have formed a bit of a tradition in attending Euro Militaire in Folkestone.
4 Take at least one project through to some form of gaming conclusion.  I can’t really call myself a wargamer if I don’t game. No pressure then!
5 Finally, continue to have fun!  This is by far the most important.  The main reason for me stumbling into wargaming was to find some form of antidote to a particularly difficult time at work.  If the hobby were to become a chore then the whole process would be flawed; and I’m having far too much fun to let that happen.
There are other possible projects lurking in the wings, but this seems like more than enough to be getting on with!
Posted by Michael Awdry at 11:49